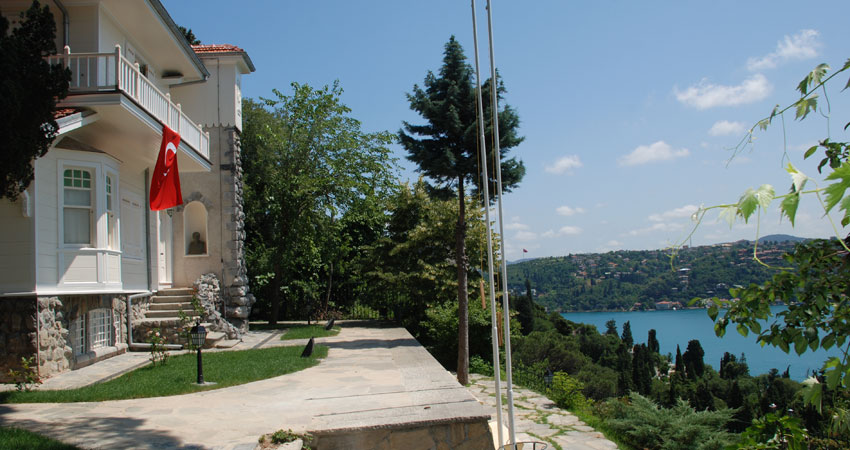 Situated to the south of the Rumelihisari Fortress and just below the Bogazigi University grounds, which were once the Robert College, there stands the house built by the great Turkish poet Tevfik Fikret in 1906. This romantic half-timbered structure was designed by the poet himself and its glorious garden were created jointly with his wife, Nanma Hanim.

Tevfik Fikret taught Turkish Language and Literature at Robert College until his death in 1915 at the age of 48. Asiyan now houses the Museum of Literature, where manuscripts and personal belongings of famous Turkish poets and novelits are displayed. There are also paintings, some by Tevfik Fikret who was also a painter in his own right, and one by the last Caliph of the Ottoman Dynastry, Abdülmecit Han named 'Sis' - Mist which depicted the Bosphorus under the cover of a mist and showed the sun coming through, only seen from one particular angle of vision.