Situated on the Asiatic shore of the Bosphorus between the villages of Kuzguncuk and Cengelköy, the palace was built by Sultan Abdülaziz in 1865. Beylerbeyi Palace seen from the Bosphorus floats like a white vision in a fairy tale. It is the most extravagant royal house of the 19th Century on which millions were spent. It is built completely of marble, surpassing all the Palaces of European Kings. Empress Eugénie, during her visit of 1869 stayed in this palace as well as Czar Nicholas Il of Russia. Edward VIII was a guest in 1936. Stone lionesses recline on marble carpets set in lawns, and swans float and fish swim in the unobtrusive pool where pigeons fly to catch the spray of the fountain upon their wings. Miss Pardoe, on her visit to the Palace, was so impressed with its Imperial Bath, that she wrote:

"One of the most elegant and costly in the city and is well worthy of description. Passing a crimson door, surmounted by a crescent shaped cornice of rich gilding, the visitor enters a small hall, in which stands a basin of fine white marble, occupied by two swans, wrought in the same material, and appearing to sport in the limpid water; which, escaping from this charming fountain, falls through concealed pipes into the basins destined to supply the bathers. The cooling-room, opening from this dim apartment, where the light only penetrates after struggling through stars and crescents of painted glass, inlaid in the marble roof like clusters of jewels, is hung with draperies of silk, richly embroidered; and the large mirror which occupies the wall at the lower end of the divan, is set in a framework of gold and enamel, surmounted by the Ottoman arms, skilfully executed; while the divan itself, formed of grey-coloured satin, is wrought in silks until it resembles a flower-bed; and the cushions which are scattered over it are of the same beautiful and costly description. The bath is a vast hall, of the most elegant proportions, lined and roofed, and paved with marble. It is surmounted by exquisitely imagined fountains; and gives back a long and subdued echo at every footfall which disturbs its deep and dreamy silence."

Sultan Abdülhamid, known to the Western World as the Red Sultan, spent his last days here, in the Beylerbeyi Palace, on his return from exile in Salonica. 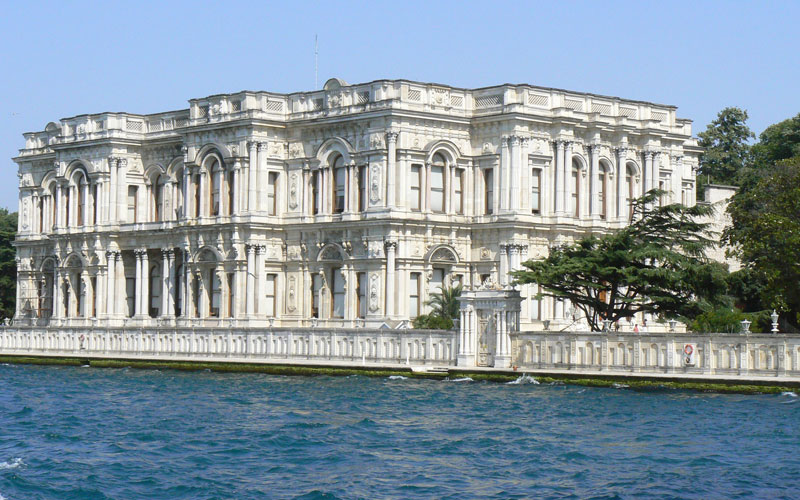 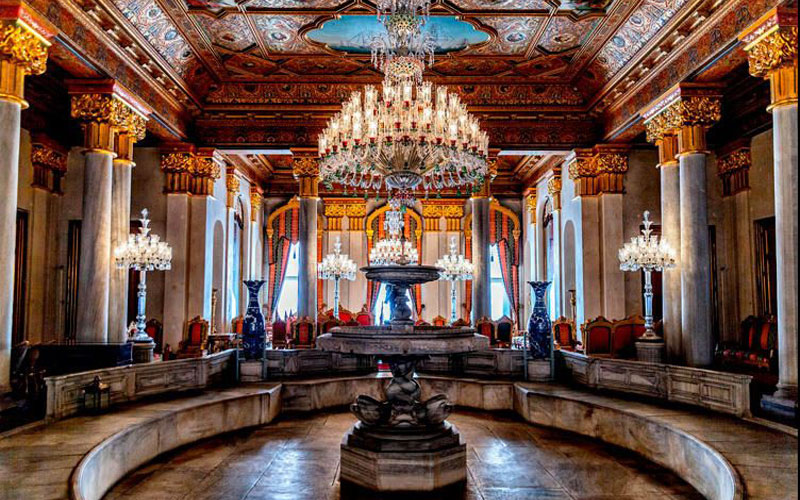 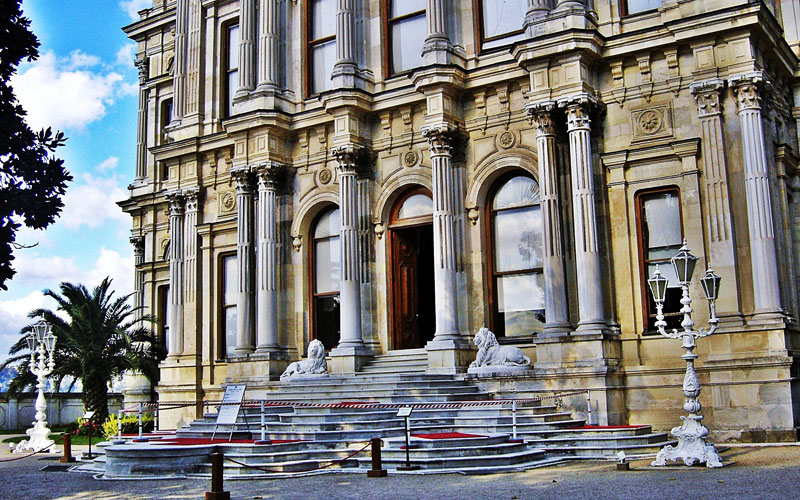 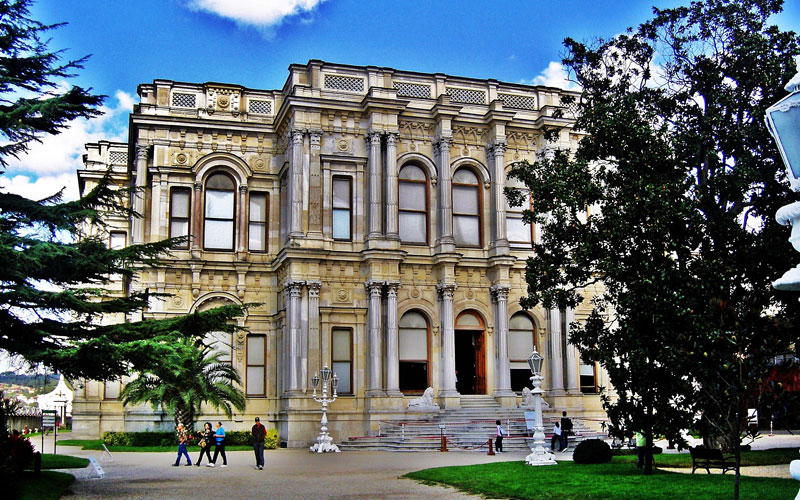