Tour for Tombs of Sahabas in Istanbul. Discover Ottoman Empire's early, classical and late style architecture and visit Sahabe Tombs in Istanbul. Istanbul Religious Tours are the spiritual activities that you can do in Istanbul and you can learn the culture and religions in our city. 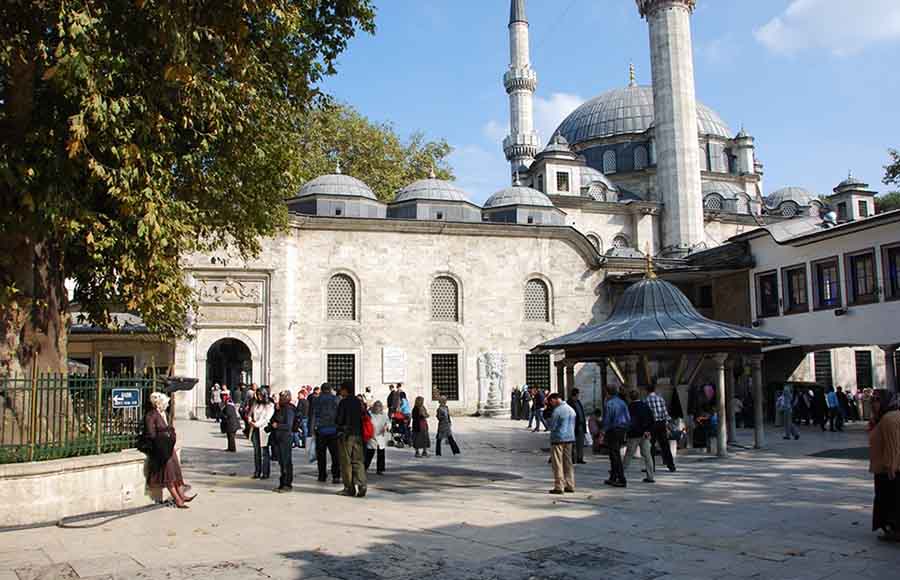 After meeting your guide at departure point, climb aboard your luxury coach and head to the Ortakoy

Grand Camlica Mosque (21st Century) It is located on Camlica Hill. It is largest mosque in Turkey, completed and opened on 2019

The Islamic Civilizations Museum The museum, which displays works reflecting the development of Islamic art from the 7th to the 19th century, was opened in 2022.

Blue Mosque (17th Century, Classical Style) The Sultan Ahmet Mosque known as Blue Mosque because of its blue 20,000 Iznik Ceramic Tiles. It was built for Sultan Ahmet I by the architect Mehmet, has 6 towering minarets and last great mosque of the classical period

Eyup Sultan Mosque It was constructed in 1458, after the conquest of Constantinople by Sultan Mehmed the Conqueror and it is first Imperial Mosque of Otttoman Empire in Istanbul

Hz. Abu Eyup Al ensari Mausoleum He is the standard-bearer of the Islamic prophet Muhammad(sav) His tomb was discovered by the Ottoman saint Aksemseddin, adviser to Sultan Mehmed the Conqueror.

Hz. Ebu'd Derda Tomb He is the first judge of the Muslims in Damascus.

Hz. Cafer bin Abdullah Al ensari Tomb He was martyred in the siege of Istanbul with Ebu Eyup El Ensari

Hz. Ka'b bin Malik Al hazreci Tomb He was martyred in the siege of Istanbul with Ebu Eyup El Ensari