About 180 metres away from the shores of Üsküdar stands this tower which bears two different names. Europeans who named it the Leander's Tower thought that it was here where Leander was drowned while attempting to swim the Bosphorus to reach his beloved Hero, the priestess of Aphrodite. But, in fact,

Leander never crossed here even in the legend which refers to the Hellespont, Dardanelles. The Turkish name is KIZ kulesi ( Maiden's Tower ). It is now a modern lighthouse. In the past, it served as a fort to tax ships up to one tenth of their cargo, similar to Pfalz Castle on the Rhine.

The story of the Maiden's Tower , which has never been verified goes like this. Constantine built the tower here to protect his daughter, since a magician had foretold she would be bitten by a snake. She was imprisoned and grew to womanhood there, until an officer of the Imperial Palace, fell in love with her beauty and sent her a basket of peaches and figs. The snake which had hidden under a fig leaf bit the Princess, who was at the point of death when the Officer arrived and sucked the poison from her arm. The lower was rebuilt during Ahmet III’s reign. Frm 1839 it served as a quarantine house until the end of the Crimean War. 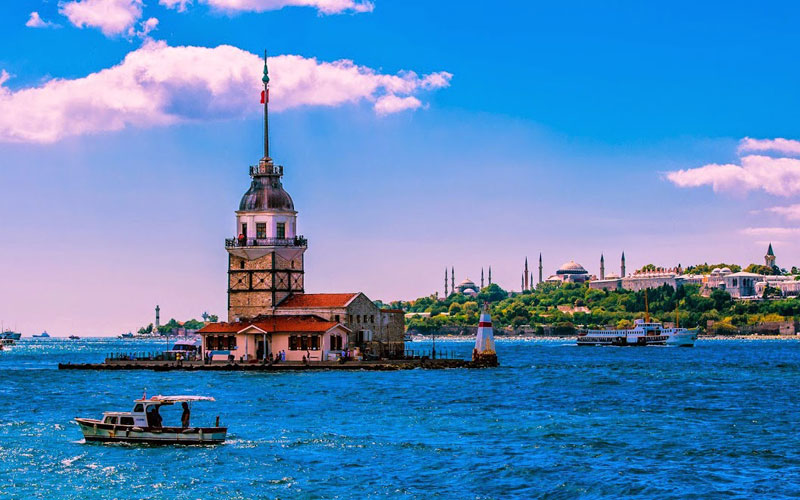 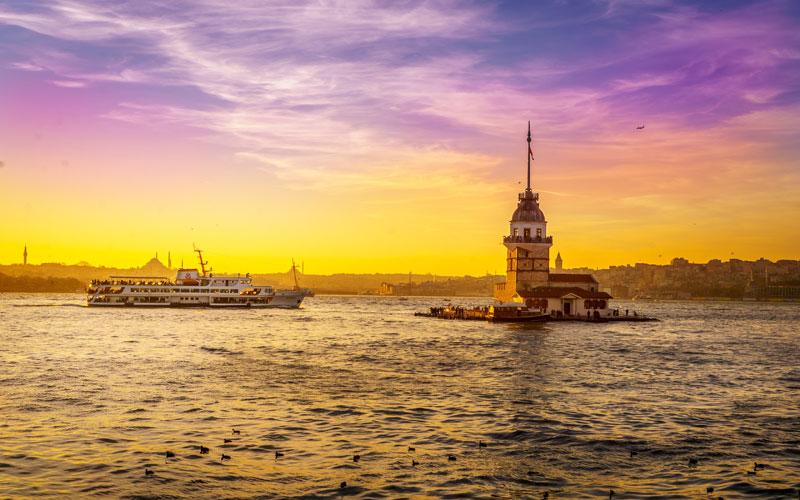