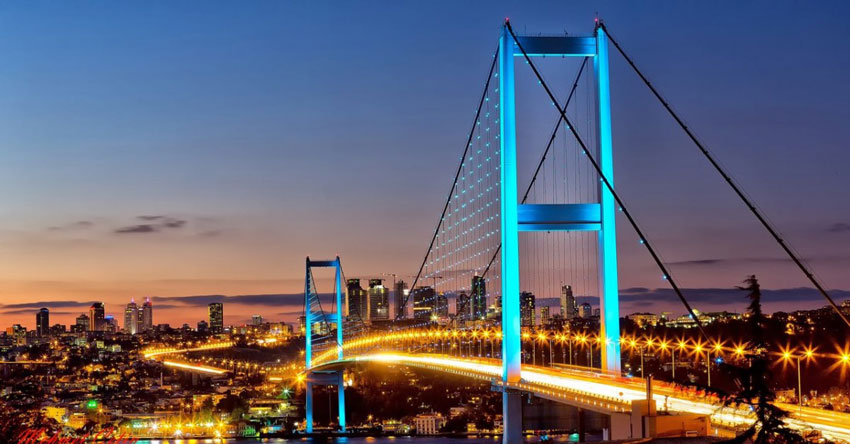 Which was inaugurated on October 29, 1973 on the fiftieth anniversary of the Turkish Republic, has the longest span in Europe and the fourth in the world. This suspension bridge has a total length of 1560 metres (1706 yards) and a width of 33.4 metres (110ft). The span between pylons is 1074 metres (1175 yards) and the clearance above sea level is 64 metres (210ft). The constrnction of the steel box-girder suspension was carried out by a British-german consortium. The second bridge to link Europe and Asia over the Bosphorus will be completed in 1989 between Emirgan and Kanlica.