On the European shore, once past the Dolmabahce Palace, one reaches Besiktas, where once the Turkish Fleet lay at anchor, and where the mausoleum of its Grand Admiral Barbarossa Hayrettin Pasa, who conquered Algeria in 1516, stands by the Naval Museum. A little further on, the Naval Academy and the burned down Ciragan Palace comes to view and on your left is the entrance to the Ylldiz Palace, favourite residence of Sultan Abdülhamid (1878-1909). The main road running parallel to the Bosphorus, takes you to Ortaköy, where the huge leg of the Bosphorus suspension bridge spanning the continents of Europe and Asia, was completed in 1973, coinciding with the 50th Anniversary celebrations of the founding of the Turkish Republic. You pass by the Ortaköy Mosque and the Lido Public Swimming Pool and some coalyards, after which you reach Kurugesme with its pleasant sea-front and a small island housing the Galatasaray Sports Club's Swimming and Sea Sports Centre.

The curve of Arnavutköy, with its tall, elegant wooden-frame houses reminds one of the Bosphorus of the 18th century. On your left is the entrance to the wooded Robert College and the American College for Girls, founded in 1 863 ' The road leads you to eddying Akintiburnu, where the Devil's Current runs like a lively river, mad waves leaping high. Then the road and promenade sweep round to the gaiety of Bebek. This pretty village, situated about midway down the Bosphorus and stretching for a considerable distance along the European shore' is chiefly a luxurious residential area, and the bay serves as a marina for yachts and motor-boats. Once the Sultan had an Imperial Kiosque, a favourite retreat here where he held secret talks with the Ambassadors. Now, the Embassy of the United Arab Republic stands beside the small romantic Mosque. After passing the entrance to the Bogazici Üniversitesi, the road will lead you past the Rumelihisarl Fortress and the graveyard, to the fishing village of the same name, where the Bosphorus reaches its narrowest point. You pass by the hospital and the small rivulet to reach Baltalimanr valley, where Sultan Mehmet the Conqueror's grand vizier, had the naval vessels built for the conquest of Istanbul. A little further on, the road will take you to Emirgan, where under the two centuries-old poplar tree, the waterside street café serves tea to thousands of Bosphorus lovers. On the slope of Emirgan, there is the beautiful Tulip Gardens and a public park where all kinds of flowers bloom. From there the road winds first to the left and then to the right, and the creek of istinye appears with its drydocks in constant use by both passenger ships and freighters and all sorts of seacraft tied up to the quay. Once Julia Pardoe described it:

"The beautiful little village of Istenia is situated in one of the prettiest spots on the Bosphorus. The edge of the water at the base of the dusky chain of hills is fringed with houses and gay with trees... Crowds of caiques dance on the heaving current within twenty paces of the graceful fountain; the transparent nets of the fishermen hang in festoons from the branches; veiled women come and go with their earthen vessels in quest of the pure water of the village spring; the wind from the Bosphorus as it sweeps along the ripple, awakens the mysterious music of the leaves which overhang it; the white sails of the passing vessels glimmer in the sunlight."

Then, after going through elegant Yeniköy, most of whose houses overhang the sea with waves beating against their narrow terraces, you pass by the Sait Halim Pa'a Yalrsr with its two marble lions keeping guard for the players at the Casino. As the rapid current forces the waves on, passing by Kalender and the Notre Dames de Sion, French School grounds, you reach the old health resort of Tarabya.

This village which takes its name from the word THERAPY is situated around a charming bay, where yachts and all sorts of seacraft seek shelter, and it houses the Grand Tarabya Hotel with its large new conference centre. The hotel is owned by the Government Pension Fund. Tarabya deserves especial mention for serving as the favourite summer residence of the Western European Ambassadors. The German, the French and the Italian Embassies have their summer residences here, while the British summer residence, having burned down in 1911, still stands neglected in a beautiful garden covered with huge magnolia trees.

“On this terrace stand the two ambassadorial residences; the 'Palace' of the English legation being a small, half ruinous, irregularly gabled wooden building, without imark or likelihood' and that of France, by comparison, a handsome and spacious edifice, with a noble garden." So says Miss Julia Pardoe.”

The road takes you on to the fishing village of Kirecburnu which boasts an excellent bakery and several sea-food restaurants, where one could see the entrance of the Bosphorus to the Black Sea; then to Büyükdere, standing boldly near the very junction of the two seas. It is backed by a noble meadow, luxuriantly green, at whose extremity is seen the stately aqueduct of Bahceköy. Büyükdere extends gracefully along the lip of the shore at the foot of a sloping ridge, rich with vineyards and gardens. Its houses are light and hadsome, fringing the Bosphorus for a considerable distance and parted from it only by a stately terrace of immense length and breadth, the favorite promenade of the the inhabitants. As Miss Pardoe has pointed out:

"Nothing can be more beautiful than the view from Büyükdere on a summer night, when the intense blue of the sky is reflected by the waves of the Bosphorus, which take a fringe of pearl as they heave themselves gently against the terrace, and then break away in light; while the moon, clear and polished like a silver shield, floods earth and sea with lustre, and the stars tremble brightly about her, as though they were too glad for rest."

Büyükdere houses the Spanish and the Soviet Embassises. As you walk along the promenade, you pass by the Sadberk needlework and handicraft Museum, and the famous Kocatas Suyu factory where the spring water of Kocatas is bottled. The promenade leads you to Sarıyer, renowned for its fish market and fish restaurants. Sarıyer bakery as well as homemade icecream shops are quite popular. Sanyer is also the home of pure, natural drinking water: Hünkår Suyu, Cirrcir Suyu, Fndikli Suyu, Kestane Suyu and Sifa Suyu, all have their sources on its slopes. Beyond Sariyer, one finds Yenimahalle with its romantic, old wooden houses and pleasant, colourful gardens. The road winds up a slope and the panorama becoms breathtaking, full of movement and interest. The Yusa Dagi (the Giant's Mountain) is framed in the picture on one side, while in the other direction the Bosphorus, winding between its romantic shores, stretches away as far as the eye can reach, and the horizon mingles with the waves of the Black sea. A little further on, you come to a small shrine, that of Telli Baba, where women and girls visit to pray for a husband or a baby and drape a symbolic strip of silver tinsel over the tomb - just like people lighting a candle in a church. From there the road will take you down to the sea-shore of Rumelikavail, where the main occupation of the inhabitants is fishing and rowboat building. Rumelikavak also houses modest and inexpensive fresh seafood restaurants. The last stop on the European shore of the Bosphorus is the once quite famous Altinkum. Now there is a small café overlooking the lonely " golden sand" beach.

After Altinkum, the military zone starts and only tourist ships continue to the Rumelifeneri (European Lighthouse) on the tip of the north of the Bosphorus. On the Asiatic shore the Anadolufeneri (Anatolian Lighthouse) is sitnated on the cliff-fringed coast with an old fort. On both sides, bare basalt cliffs, where birds nest, rise vertically from the sea. The width of the Bosphorus reaches 4.5 km at the northern end. 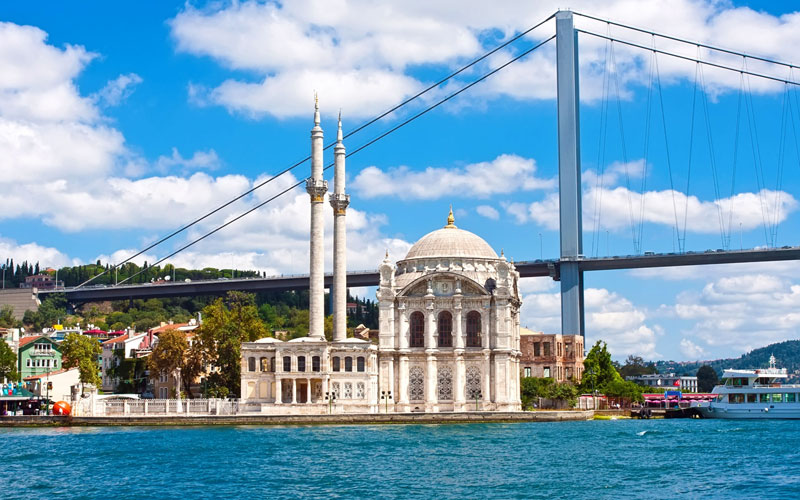 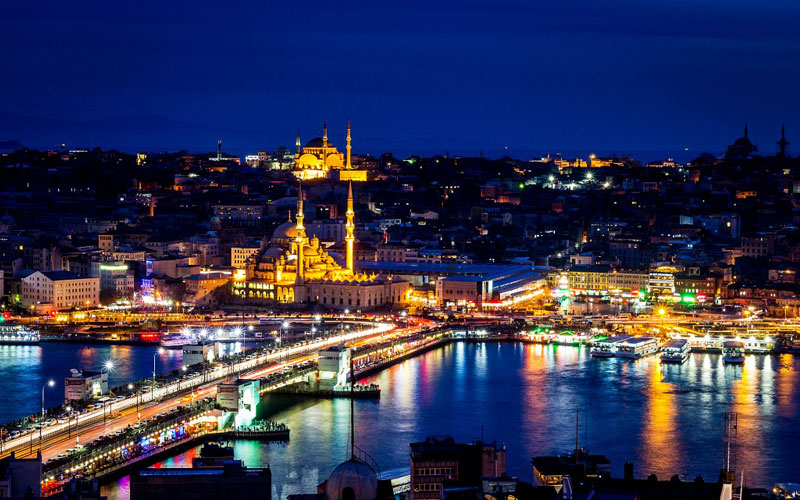 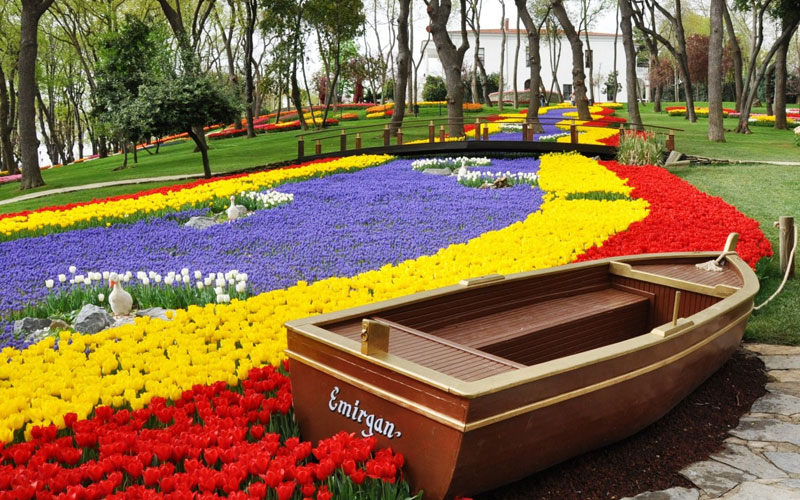 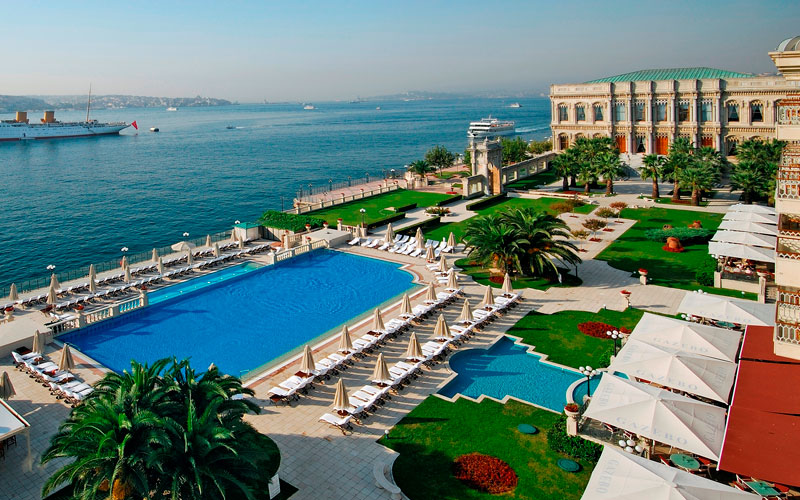