The green area stretching from the shores of the Golden Horn towards the slopes of Okmeydani and Kasýmpaþa, and which was popular since the Byzantine era, continued to be a focal point during the Ottoman era. 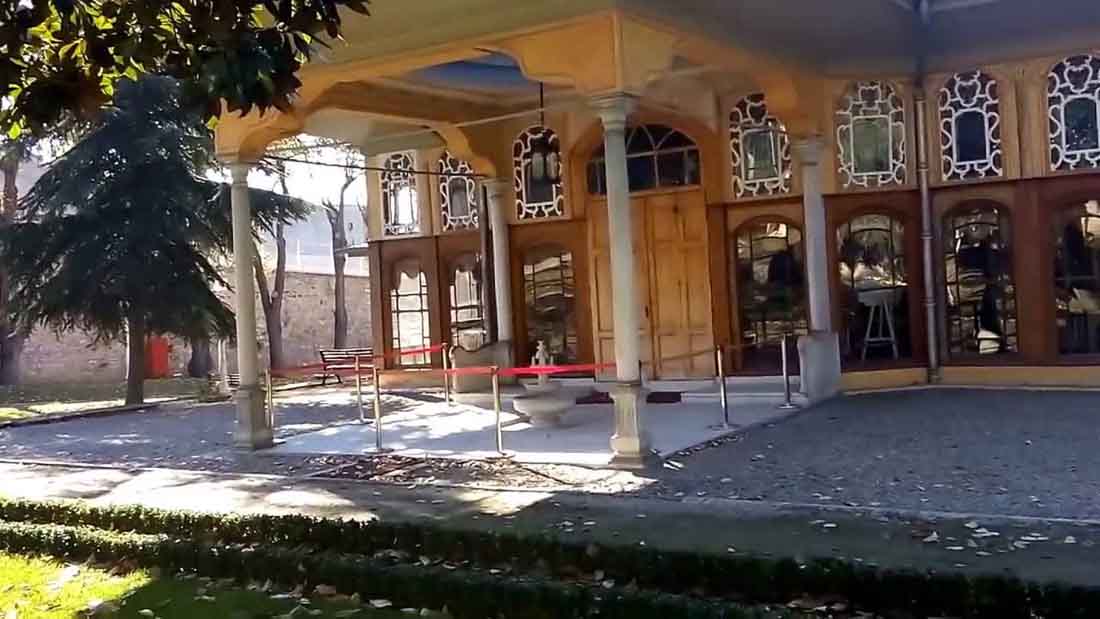 Known as the Tersane Imperial Garden, the first construction in this fine region behind the imperial shipyard founded on the shores of the Golden Horn during the post-Conqueror era goes back to the reign of Sultan Ahmed I (1603-17). Although the exact construction date is unknown. one of the hitorians of the day, Naima, recorded the following about a structure that Sultan Ahmed I had built here; "The construction in the Shipyard garden of the Kasr-ý Ali..." allowing us to obtain a rough idea about the construction era of the first sultanate structure here. While it is known that the group of structures were first known as 'Tersane Palace' which developed with Mansions commissioned by various sultans during the subsequent historical period, they began to be known as 'Aynalýkavak Palace' in the later period. Known today as 'Aynalýkavak Mansion', this mansion is the only surviving example of this palace, the buildings of which were torn down one by one over the years. 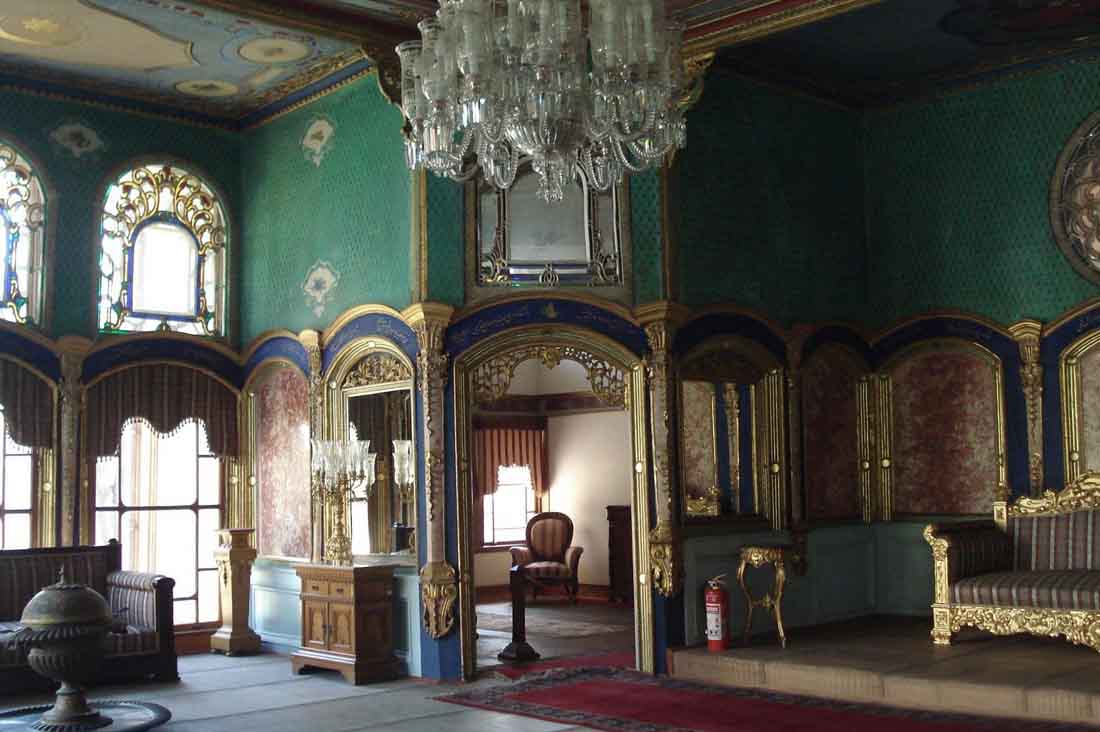 These beautiful structures along the shores of the Golden Horn remained the favorite venues of the dynasty for many years. A fire that broke out during the reign of Mehmed IV in the month of Muharrem in 1667 quickly engulfed the palace structures, including the Imperial Chamber. Sultan Mehmed IV decreed for the immediate repair of the palace, a job which was completed in 1679. Returning from his Polish Expedition, Mehmed IV viewed the parade conducted with caiques on the Golden Horn from a caged mansion on the shore. The sultan and palace dignitaries stayed here during the circumcision ceremony held for the crown princes of Sultan Ahmed III in 1719.

There wasn't much development in the valley in the 19th century. The famous vizier, Seyyid Mehmed Pasha during the reign of Sultan Abdülhamid I (1774-89) commissioned the construction of a small mosque here while he was the sultan's personal bodyguard. A portion of the valley was set aside as the sultan's archery range. One of the target stones remaining amongst those that were positioned at certain distances on the embanked terrain stretching upwards belonged to Selim III. An imperial monogram and a 115-line inscribed work by the famous calligrapher Yesarizâde Mehmed Esad Efendi is found on the stone. From another existing stone, it is understood that Mahmud II also conducted archery sports on this range. 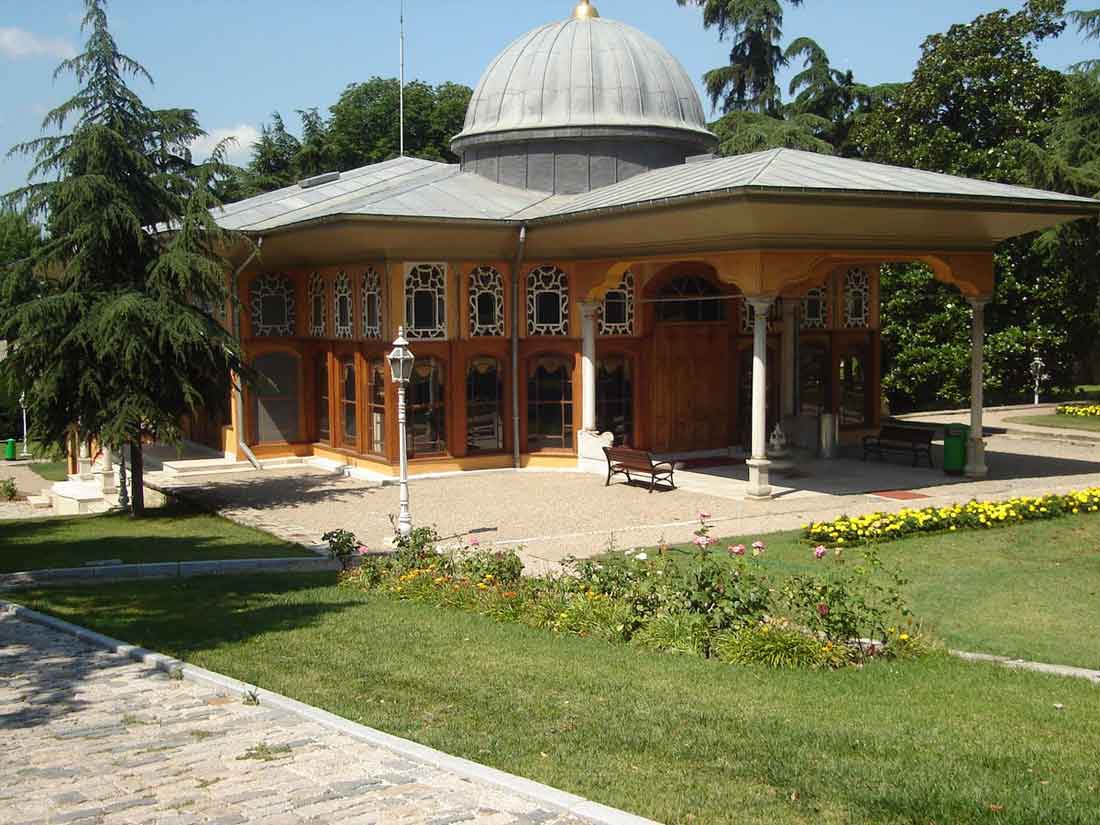 Only the Grand Imperial Chamber Mansion remained intact while the other mansions of Aynalýkavak Palace were torn down during the subsequent period. This structure was rearranged during the reign of Selim III, when it took on its current appearance. Situated within a small green area over the Golden Horn shoreline, it is found in the middle of a well-manicured garden inside surrounding high walls. Masterfully constructed over sloping terrain, the structure was arranged with two-story windows and given motion with protrusions. With two floors on the seaside façade and a single-floor on the landside façades, this mansion represents one of the last examples of classic Ottoman architecture. Deriving its name from the long mirrors presented to the Sultan Ahmet III by the Venetians, after leaving the island of Mora to the Turks as per the Pasarofça Treaty, the structure sits on an area measuring 443 m2.

"Aynalýkavak Mansion is the only remaining structure of Aynalýkavak Palace. Sultan Selim III wrote several fine compositions in this mansion."

"Previous Page: The walls of the Aynalýkavak Mansion Divanhane feature the prose of the famous poet of the era, Enderunlu Fazýl. Selim III, who was also known as a composer, visited Aynalýkavak Mansion from time to time to write many of his works in the Composition Room."

by preserving the sections remaining from the era of Sultan Ahmed III. One reaches the Reception Chamber after passing through the mansions lean-to roof and inscribed entry door. Interestingly enough, the dome covering this room where the sultan received his guests was made flat so as not to look so apparent. A poem by the 19th century council poet, Enderuni Fazýl and inscribed in the talik style of the calligrapher Yesarizade is found over the windows of the Reception Chamber, which praises the Aynalýkavak Mansion. One passes from the Reception Chamber to the Divanhane, where Sultan Selim III carried out his composition studies. As is found in the Reception Chamber, there is a eulogy inscribed in the Yesârizade "talik' calligraphy by divan literary poet Sheikh Galib praising Sultan Selim III in mirrors over the windows of this chamber. 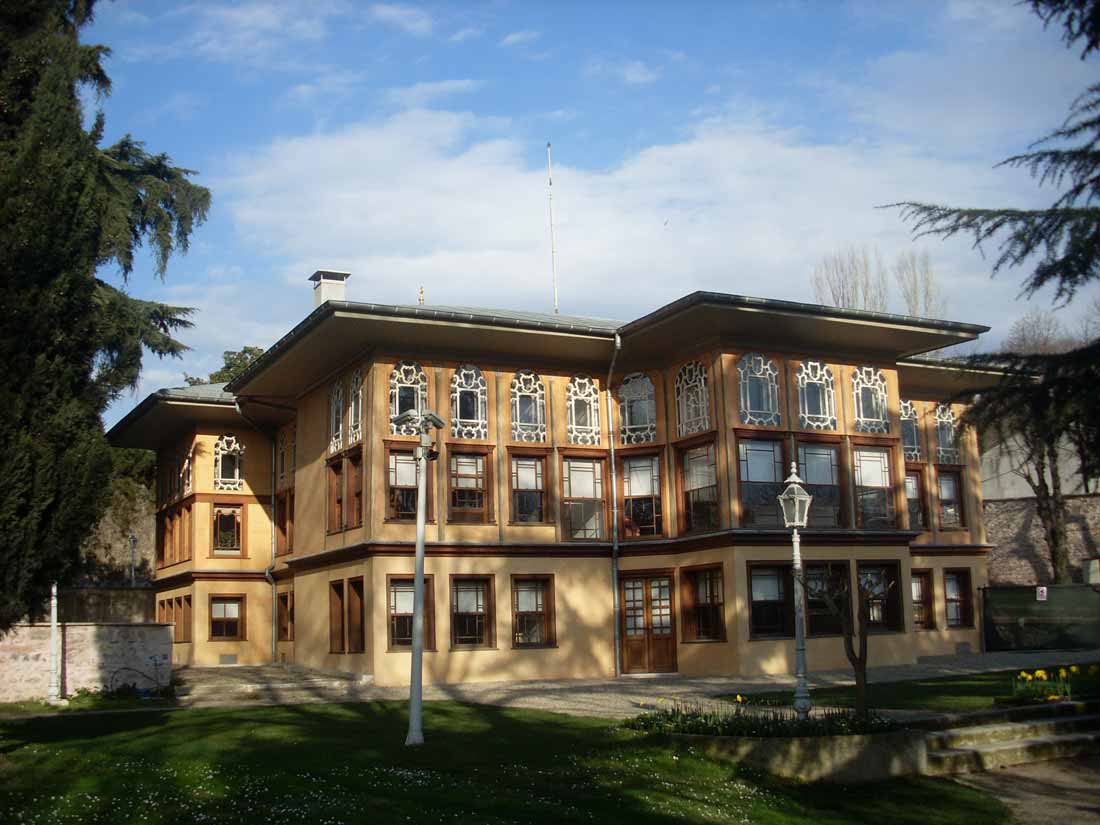 Integrated with the architecture, these mirrors are side-by-side with stucco panels which were used only in this spacious venue of the mansion. Imported from Venice, these mirrors constituted the source of the name given to the mansion and the former palace. Selim III, who was very fond of this chamber, composed several pieces of music here. The chamber's elegant, light-colored ceiling embellishments are encircled with a dark blue border. There are wide decorations outside this boundary space. The monogram of Selim III is also found amongst the dark blue embellishments. Cedar trees surrounded the front of the wide windows below. Another room of the structure is the Sedefli Oda, situated to the rear of the Reception Chamber. Deriving its name from the priceless furniture inlaid with mother-of-pearl found inside, there is a passage from the Sedefli Oda to the grand hall. Open to the public, this mansion is currently operated by the Directorate of National Palaces, its ground floor serves as an exhibit of Turkish musical instruments used by Sultan Selim III to create his fine compositions.

"A panoramic view of the room inside the Aynalýkavak Mansion known as the Sedefli Oda for its beautifully crafted mother-of-pearl inlaid furniture."