The picturesque district of Anadoluhisari hosts many of the Bosphorus, yalis; amongst these is the Bahriyeli Sedat Bey Yali, which garners immediate attention for its size and architecture. It is also known as the Magnolia Yali for the magnolia trees that thrive in its garden.

This neo-Baroque yali was commissioned during the mid-19th century by the prominent reformist statesman, Mustafa Reid Pasha for his daughter. Bahriyeli Sedat Bey for whom the yali was named after, was the grandson of Mustafa Reid Pasha and was responsible for maritime affairs during the reign of AbdulHamid II. A survivor of the Mesudiye battleship that was torpedoed by enemy forces at Canakkale during World War I, Sedat Bey eventually served on the administrative board at Denizbank. Two pieces of property were registered on the yali property after Sedat Bey; the harem and selamlik which were under the same roof, Sedat Bey's daughter Leman Ur ul resided in the selamlik section during the subsequent period, while a descendant of Sultan AbdulHamid II Khan's imperial Moslem cleric, Niyazi Araz, Ulfet Isikoglu, resided in the harem section; the two sections were subsequently put up for sale by their owners. 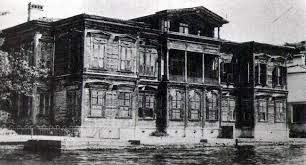 The lath and plasterwork yah were built as a two-story structure. Gathered under a single room, the selamlik is the portion situated on the north side, while the south section is the harem. Featuring three seaside protrusions, the yali also has a balcony in the middle of the second floor. There is a belvedere supported by four wooden masts that line up over the balcony. Protected with shutters, the windows of the structure are embellished with symmetrically shaped pediments and arches. While the yali protruded over the sea during its early period, it was protected from the sea when a 60-meter wide jetty was added. The yali interior has a karniyarik ' plan in that its rooms were sequenced around the middle hail. Positioned hi I he northern section, the first floor of the Selamilk section has four rooms and a hallway, whereas the second floor features a hall, a hill' and three moms. A staircase with wooden bannisters connects the floors of Hie harem section. Three rooms surround the hall in this section; two of these rooms face seaside while the remaining one faces to garden. The yali has a five-meter high ceiling, with doors standing four meters high. The wood siding of the yali gradually &welds! wd from effects of a sacred spring situated beneath an old plane tree of eight meters in the rear garden. The yali regained its former grandeur and beauty after a major restoration was conducted in recent years. Today, it continues to be one of the pearls of the Bosphorus with its light green exterior and elegant architecture. 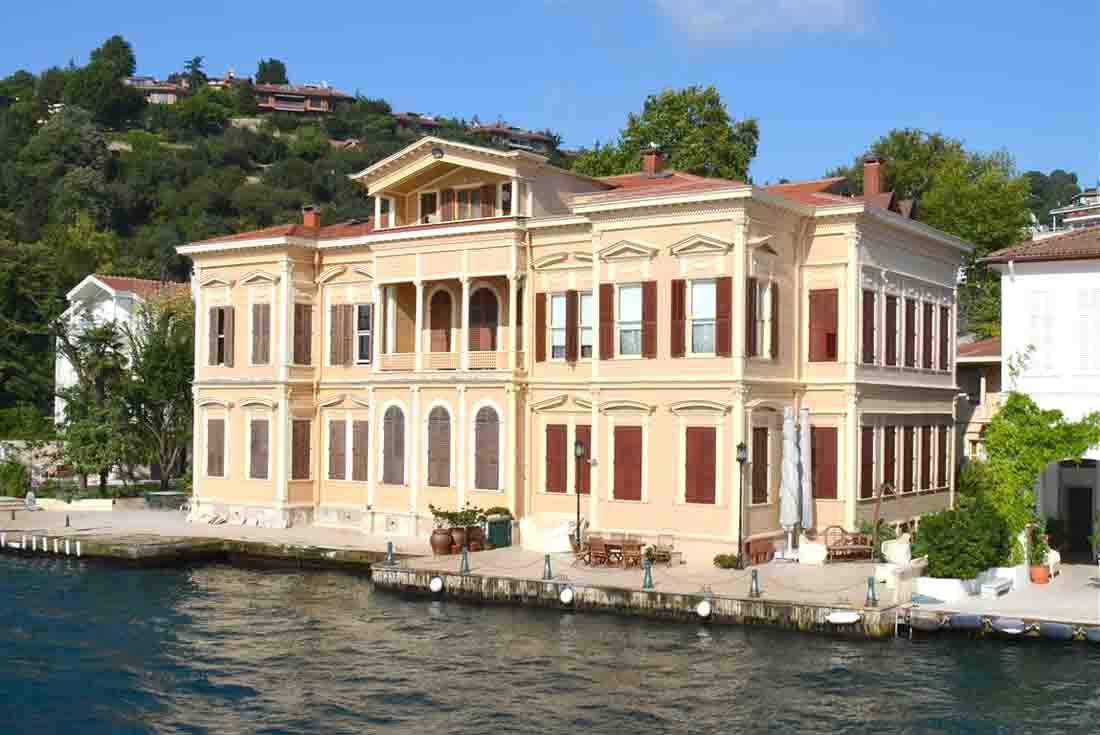