The mosque located in Beyazit Square was built by order of Sultan Beyazit II. The construction began in 1500 and was completed in 1505. the identity of the architect has been disputed.

THE MOSQUE OF BEYAZIT

One of three architects Hayrettin, Kemalettin, or Yakupshah bin Sultanshah is thought to be the builder, but no definite evidence has been obtained. The complex is made up of a mosque, a kitchen, a school, a printshop, a madrasah, a Turkish bath, and a caravansaray. 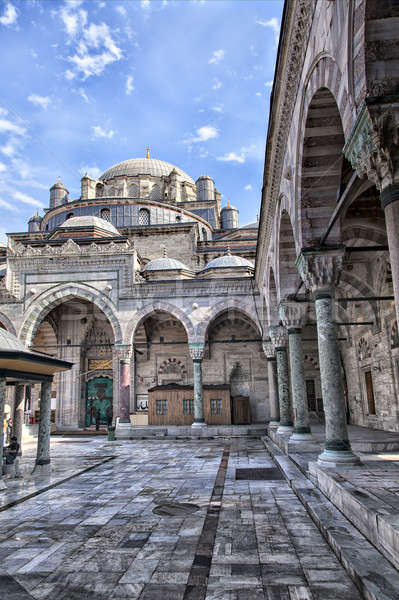 In contrast to the Fatih mosque complex, which was built earlier, this complex is not symmetrical in shape, but is spread out over a large area. At the center of the complex is the Beyazit Mosque itself The main dome, with a diameter of 16.78m, stands on four feet. The minarets, which are separated from one another by 79 meter are a special feature of this mosque. 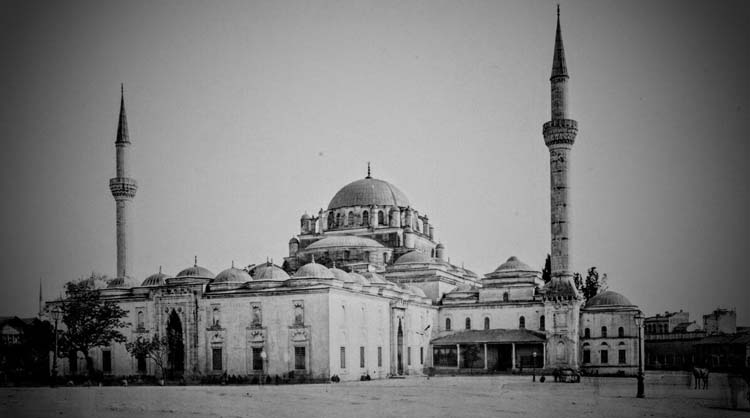 The woodwork, stone work, and stained glass inside the mosque are very beautiful. The flooring of the courtyard and the columns of the fountain area are 'node from materials left from Byzantine time. Byzantine signs are particularly noticeable in the columns of the fountain. The soup kitchen and the caravansaray of the complex which remain today are now used by the Beyazit State Library, located to the left of the mosque.

The ntadrasah was to the right and quite far away from the mosque. However the printshop is connected to the mosque. Presently the place of the inedressa is the Turkish Foundation Museum for the Art of Calligraphy. The baths of the complex are on Ordu Street, beside the Istanbul University Literature Faculty. There are tombs in the empty space on the qible sideof the mosque. 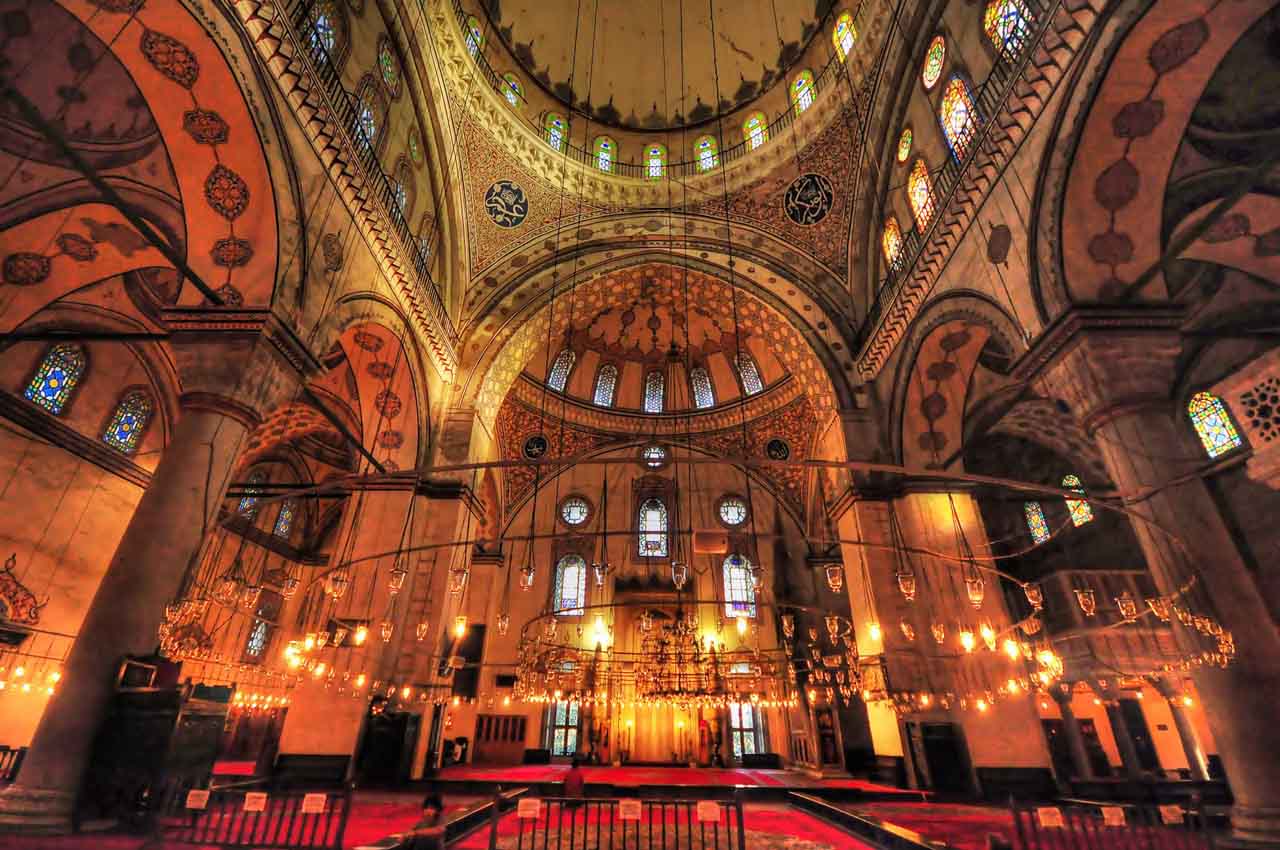 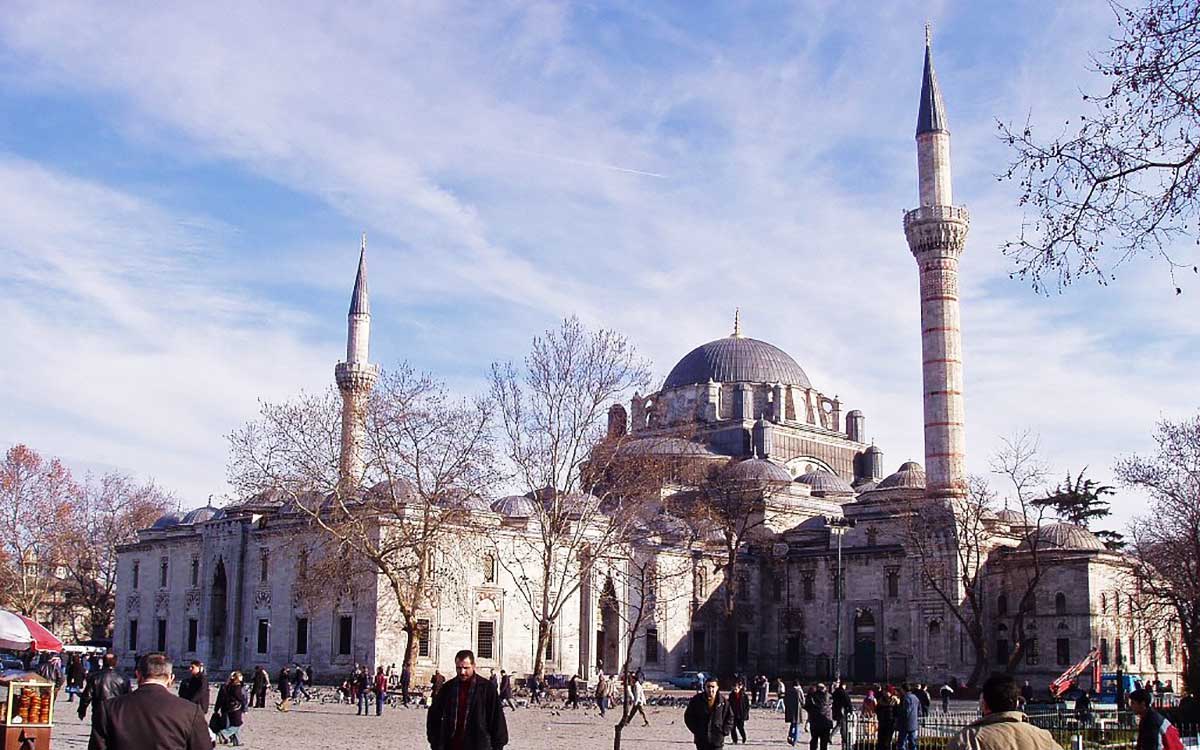 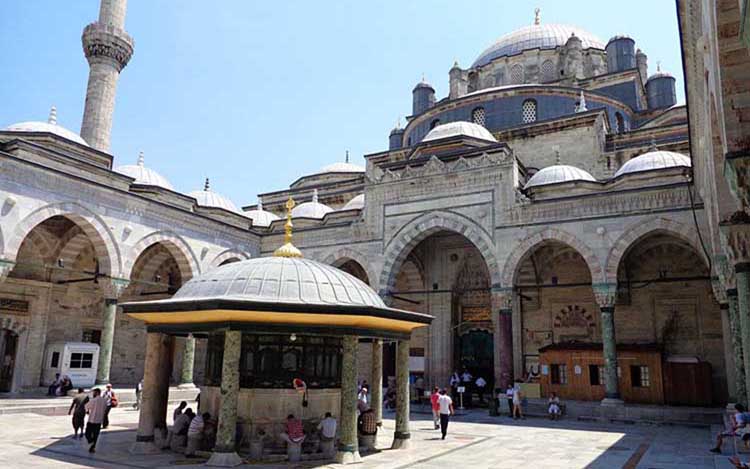 Sultan Beyazits' daugter, Selcuk Hatun is burried here, as is Mustafa Resit Pasa, the architect of some of the Ottoman Master pieces. 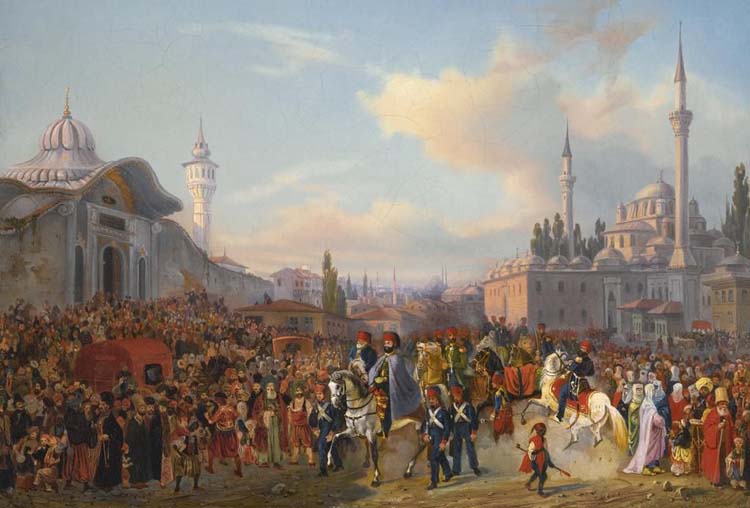 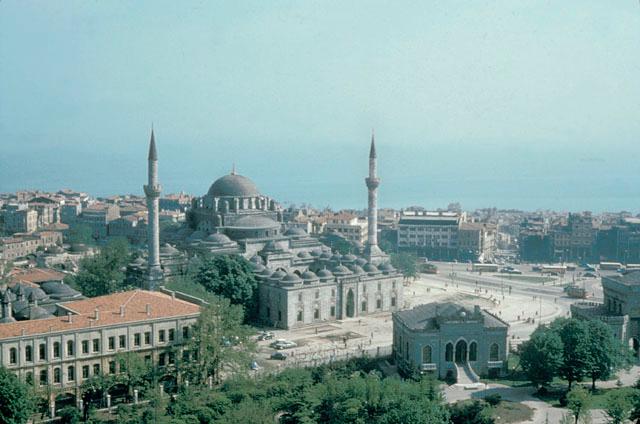