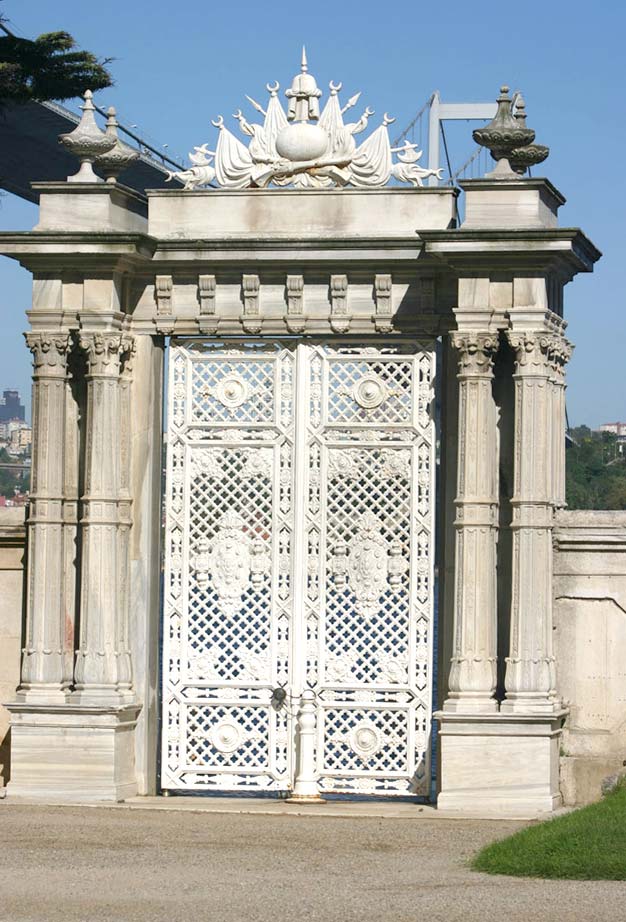 The style of the interior is a mixture of Eastern and Western influence. The design is that of a traditional Turkish house, with a central hall and rooms opening off from it. The palace is divided into two main sections, the harem for women and the selamlik for men. 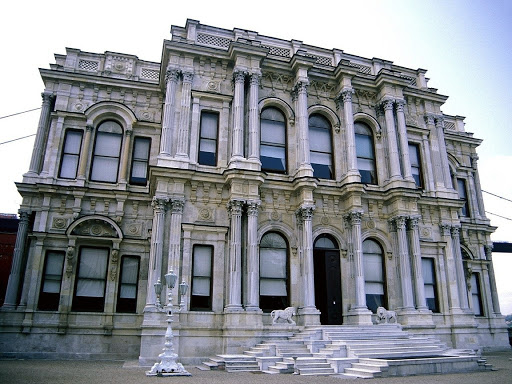 From the point of view of embellishment and ornamentation selamlik is richer than the harem. With the basement used as a kitchen and storage area, the palace is made of three floors, with three entrances, six reception rooms, and 26 rooms. The furniture was originally brought from Egypt and is overlaid with wicker as protection from heat and damp. Large rugs made in Hereke, Bohemian crystal chandeliers, French clocks, Chinese, Japanese and French vases are among the works of art worth seeing in Beylerbeyi Palace. Beylerbeyi is a special site on the Asian, or Anatolian, side of the Bosphorus and is distinctive among Ottoman palaces of its time for his garden. Rising along the slopes on terraces, it is called the "Terrace Garden." There is a large pool on the zipper terrace. The Yellow Kiosk beside the pool, the Barn Kiosk, where the sultan's horses were kept, and the Marble Kiosk with its tiered fountain are important monuments of enduring Ottoman palace architecture. The most interesting feature of Beylerbeyi Palace, built in a time of strengthening ties with the West, is the historic tunnel system under the Terrace Gardens. In the middle of the tunnel is a fountain with inscriptions which include the name "Sultan Mahmud II." This gives us a clue to the date of the construction. The tunnel, the large pool, and the Marble Kiosk date back to the reign of Mahmud II. The tunnel connects the facilities of the shore road with the gardens behind high walls on the other side. 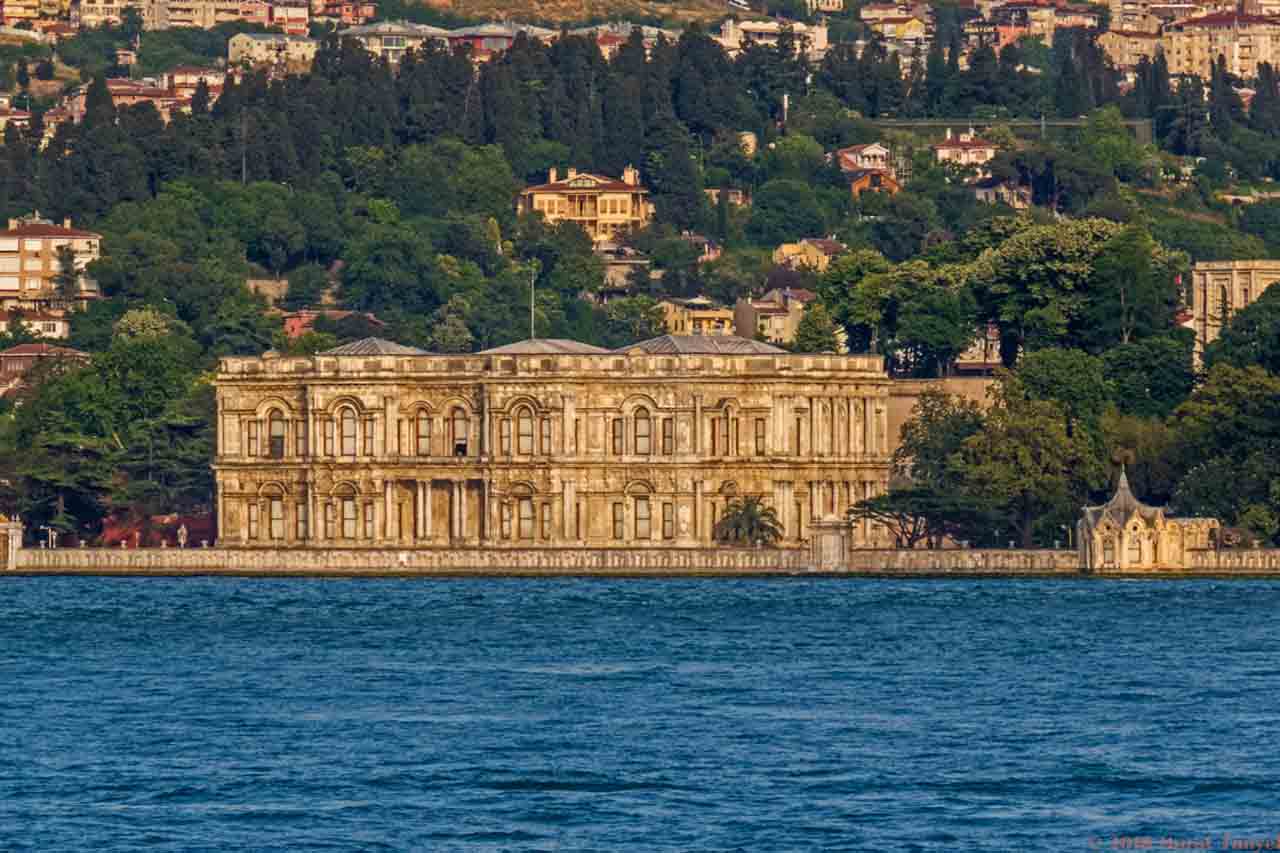 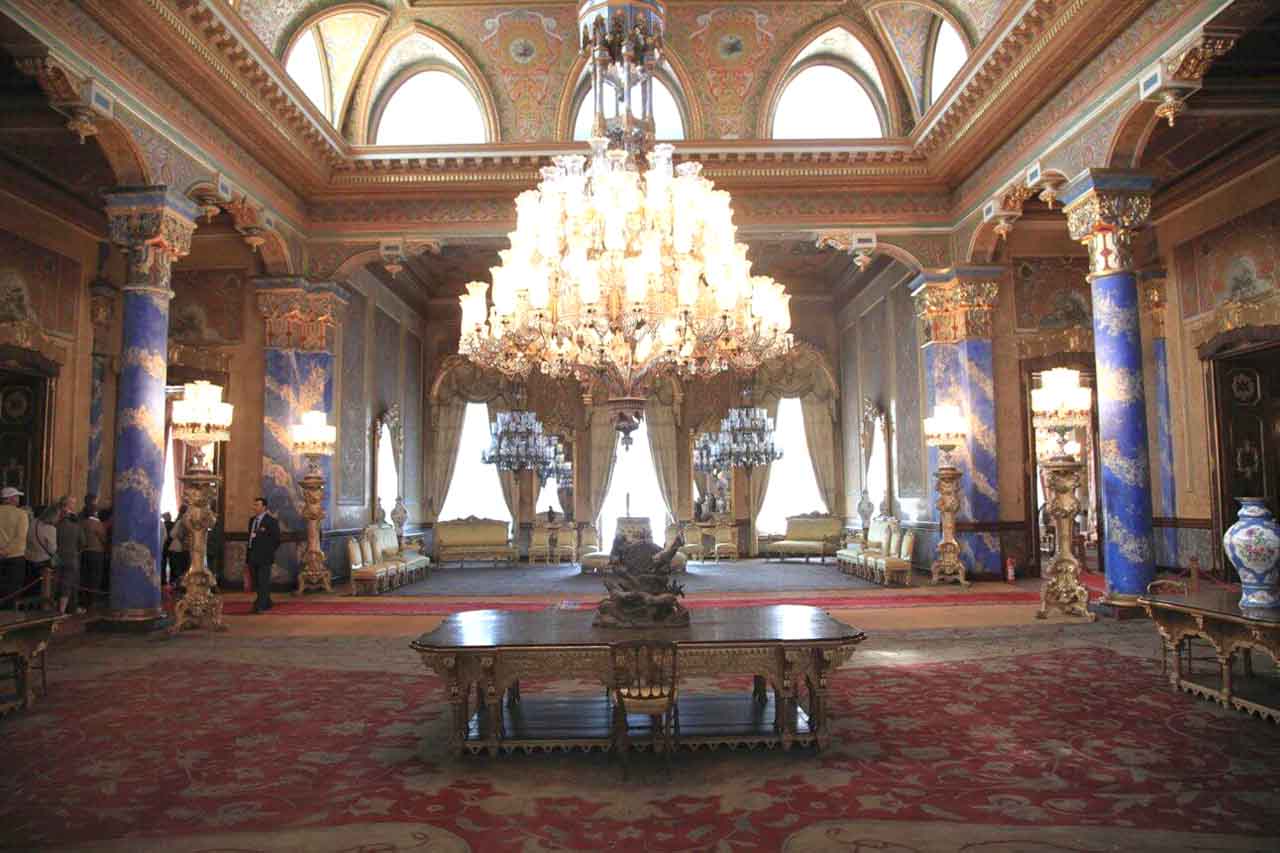