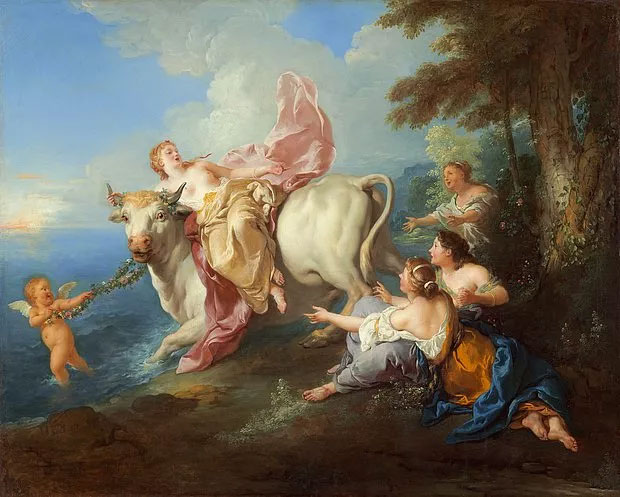 Bosphorus  The Legend of the Bosphorus

The legend of the Bosphorus, namely the Bosphorus, is actually a story related to the foundation of Istanbul. As we mentioned in our aforementioned article, Io, the grandmother of King Byzas and the priestess of the temple of Hera, is in love with the lecherous Zeus, who is the King of the Gods in Greek mythology. When Zeus and Io are together one day, Zeus' wife and chief god Hera realize the situation. Then he turns the chief god Io into a horned cow. When the giant he planted on his head was killed by the king's men, Hera infested Io with a fly this time.

The story that will call the Bosphorus begins right here. According to the legend, while Io was escaping from the fly; It crosses roads, plains, mountains and even continents, but cannot escape. Finally, it reaches the edge of a deep valley: the Bosphorus. Just as it crosses the valley, the area fills with water and the Bosphorus is formed.

This is how the name of the Bosphorus was formed: (although not sure) we can find information that in Greek "boos" means cow and "foros" means gate. Thus, the name Bosphorosus, which means cow pass in ancient Greek, and Bosphorus in today's English, has survived to this day.

The Golden Horn legend of the Golden Horn is also connected with this story. There is only one difference, there is not a single legend about the name Golden Horn, but several legends. Let's take it in order:

According to this legend about the Golden Horn (golden horn), Io turns his head left and right to get rid of the fly while escaping. It strikes its horn here and there, and separates the pieces of land, creating deep crevices. One of them is the Golden Horn. Since it forms this inland sea with its golden horn, it is named in this way with the English words "golden" meaning gold and "horn" meaning horn.

One of the slits created by Io, the grandmother of King Byzas of Megara, while waving his horn is the Golden Horn. When she came ashore, she gave birth to a daughter and named her Keroessa. This name is shortened over time as "keros", meaning horn.

Due to the fertile lands around the Golden Horn, it is today called Golden Horn, especially by Westerners. According to rumors, this name was given by the Great Byzas in memory of his mother. Of course in ancient Greek.

Legends of Ships Sinking with Gold

It is accepted that in the old Istanbul, during the Roman Empire, ships loaded with gold sank in the horn-shaped Golden Horn. There are rumors that the name may have come from here as well. So much so that recently news appeared in the press that a group of treasure hunters found tons of gold and were detained. 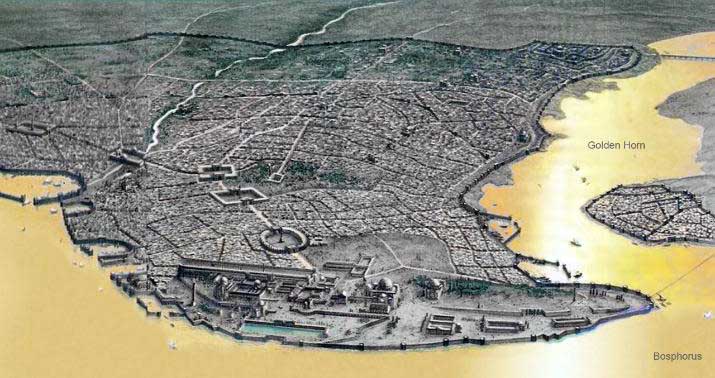 The shape of the Golden Horn really resembles a horn when viewed from above. If you look at the Golden Horn from Pierre Loti hill in Eyüp at sunrise on a spring or summer day, you will witness how it shines like gold.

It is also claimed that the name of the golden horn actually comes from here. This is the closest rumor to the truth. 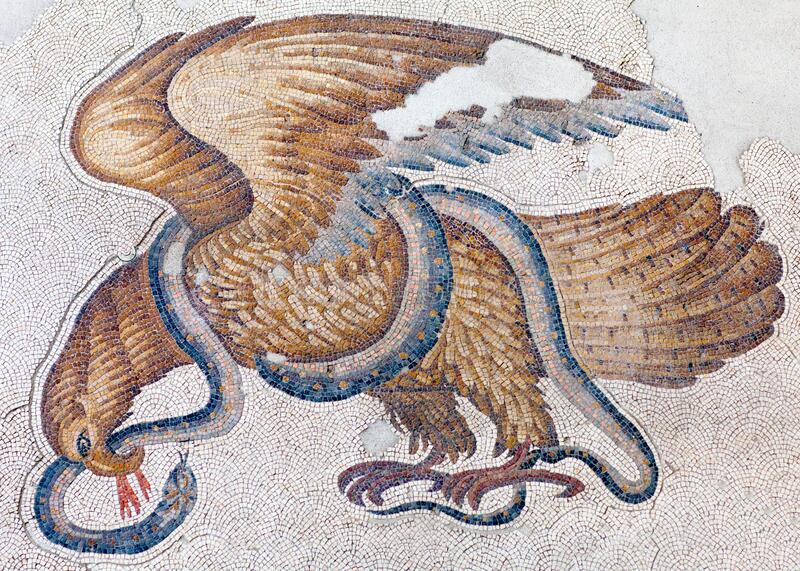 Finally, there is another story that is slightly different from the others. In fact, this is a rumor from the Roman Empire period. If you look at the real Istanbul, the old Istanbul within the walls, from a hill on the Anatolian side, from Büyük Çamlýca Hill; You can see that the Historic Peninsula looks like an eagle. And the Golden Horn is a snake in the mouth of this eagle...

Here are the legends about the Bosphorus. If one day you are faced with the question of how the historical Bosphorus was formed, you can tell one of the legendary stories above.