During the Ottoman period, naval captains would anchor their fleet here; traditional naval ceremonies were held in this natural harbor. Beginning of the 17th century by gradual filling the site became one of the royal gardens along the Bosphorus, thus the name "Dolmabahce", which means filled garden was invented or accepted. In due time, the area was adorned by kiosks and pleasure houses constructed by various sultans until it took on a palatial appearance and was called "The Besiktas Palace." During the reign of Sultan Abdulmecit (1839-1861) the wooden and unserviceable Besiktas Shore Palace was torn down in 1843 and the foundation of today's Dolmabahce Palace was laid in its place. The construction with its surrounding walls was completed in 1856. It is set on an area of more than 110,000m2 and is made up of 16 separate compartments outside the main building. 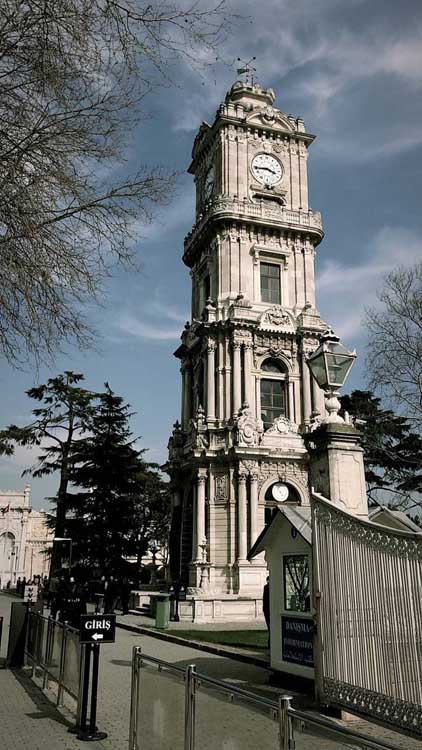 There are a series of workplaces for various purposes, such as palace stables mills, pharmacies, kitchens, aviaries, glassmakers, spinners, and pastry makers. The Clock Tower and the Crown Prince Apartment, the Hareket Kiosk, in the back garden were added during the time of Abdulhamit II (1876-1909). Constructed by the best Ottoman architects of the time Karabet and Nikogos Balyan, the palace is divided into three parts--the Mabeyn-i Humayun (only for men), the Muayede Hall (Ceremony Hall) and the Harem-i Humayun (the harem). The Mabeyn was for State business, the harem for the sultan and his family's private lives. The Muayede Hall between these two sections was reserved for the sultan's holiday gatherings with the State's top dignitaries and for various important State ceremonies. 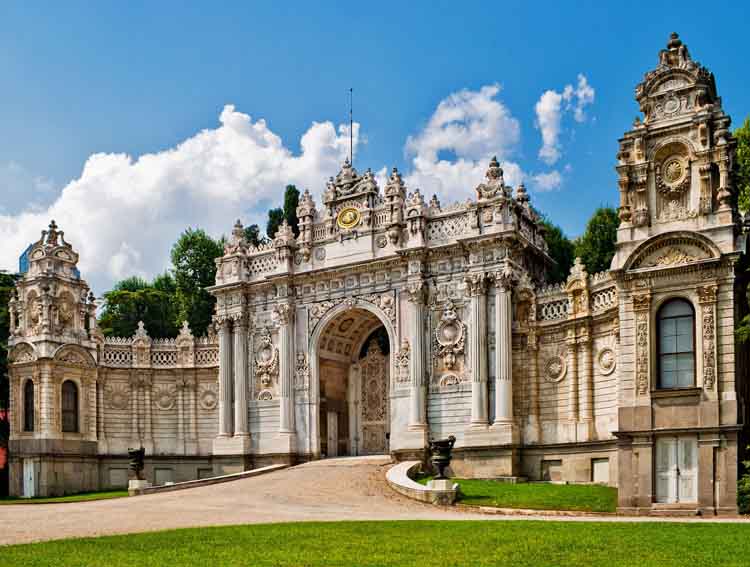 The whole structure, including the basement, is three floors. Iii shape, details, and ornamentation the palace has an obvious Western influence, interpreted with skill by Ottoman workmen, However, the palace as a whole is arranged according to traditional Turkish house design. The main outer wall is stone, the inner walls are brick overlaid with wood. Open to modern technology, electricity and central heating were added to the palace in 1910-1912. With 45,000m2 of useable floor space, there are 285 rooms, 46 reception areas, 6 Turkish baths, and 68 toilets. The floors are covered with delicately worked parquet, spread with 4454m' of carpets, woven originally by palace weavers, later in Hereke. The most important section in Dolmabahce in function and splendor is the Mabeyn area, where the sultan conducted state affairs. The Melhal Room, across the entrance, the Crystal Stairway leading to the upper floor, the Sufera Room where ambassadors were received and the Red Room where the sultan made his appearance were decorated and furnished in historical magnificence. The Zulvecheyn Room on the upper floor served as a passageway to the private offices of the sultan. This private suite contains a grand Turkish bath with marble brought from Egypt, an office room, and living rooms. The highest and most splendid place in the palace is the Muayede Room located between the Harem and the royal section. This room encompasses an area of more than 2000nrc with 56 columns and a 36in high dome. Hanging from this dome is a 4.5-ton chandelier made in England.

The Muayede Room clearly separates the other sections of the palace. Facilities in the basement took heat from the depths of the pillars and gave heat out to the Muayede Room, creating a warm environment for ceremonies that took place during the cold season. On traditional religious holidays the golden throne was brought here from Topkapi Palace, and the sultan greeted state dignitaries from this throne. Galleries separated ambassadors, the palace orchestra, men and women. Although the palace was built under Western influence, using European palaces as models, the Harem was designed with the old definite lines of separation. However, unlike Topkapi Palace, the harem is not in a separate building. It is under the same roof a private, special unit within the whole. The Harem makes up about 2/3 of the palace space. It is connected by a hall through wooden and iron doors with the Mabeyn and the Muayede Room. The Harem consists of the Mother Queen and the Crown Prince suites, the Blue and Pink Reception Rooms, which were used by Sultans Abdulmecit, Abdul-Aziz, and Resat, the concubine section, the rooms for the wives of the sultan, and the bedroom and study of Ataturk, the founder of the Republic. Innumerable valuable objects such as rugs, pictures, vases, chandeliers and portraits are some of works of art which are most impressive and intriguing Aspects of the Harem. 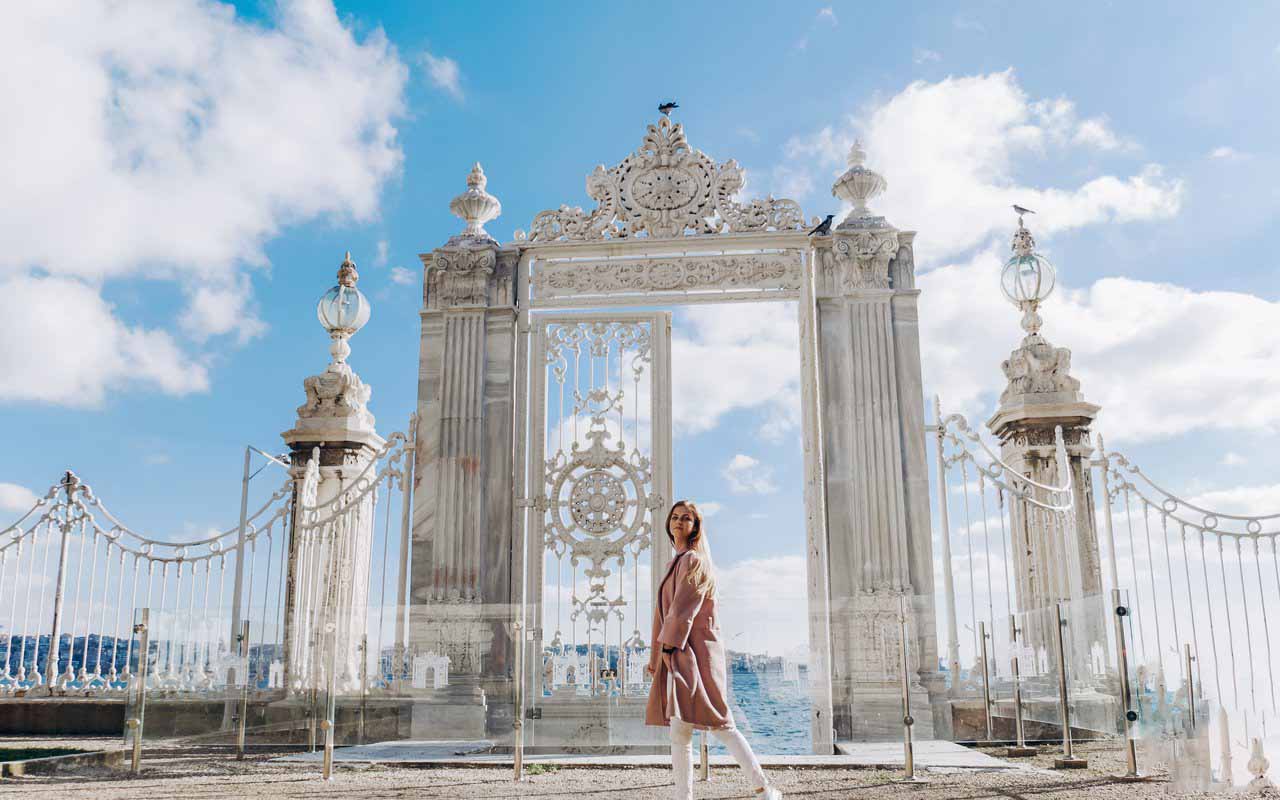 >> For Afternoon Bosphorus Cruise with Stopover On The Asian Side << 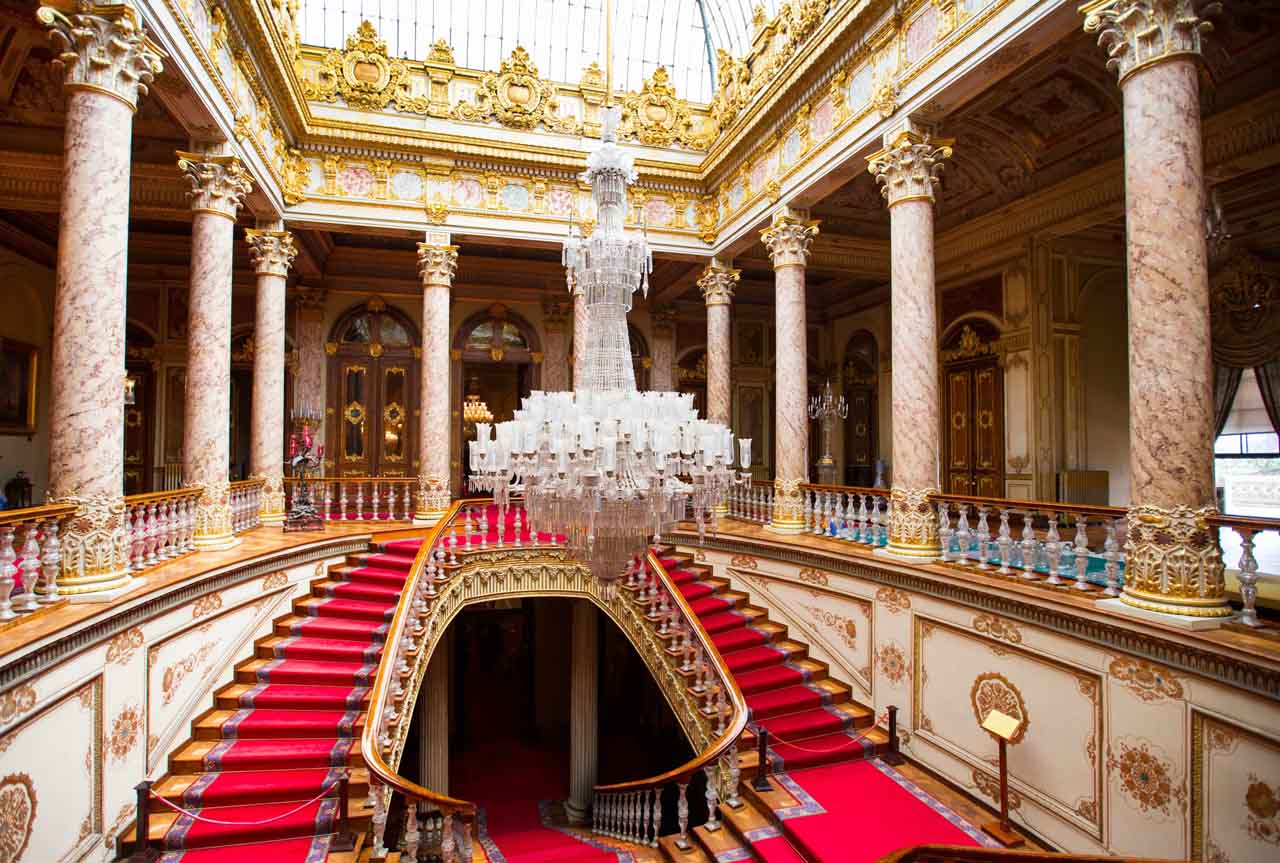 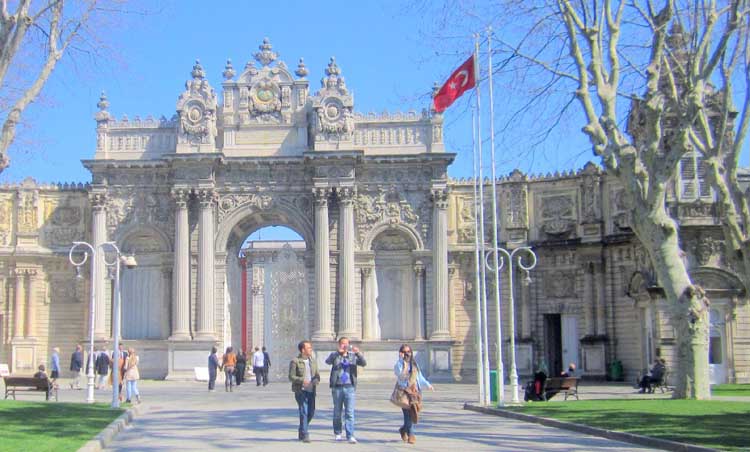 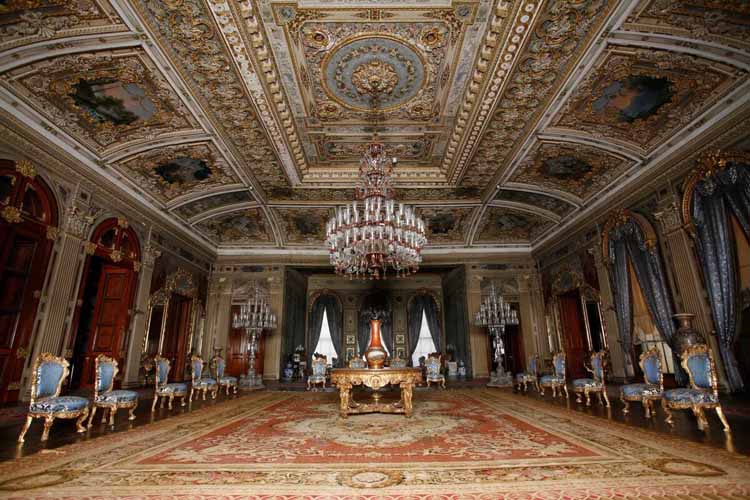 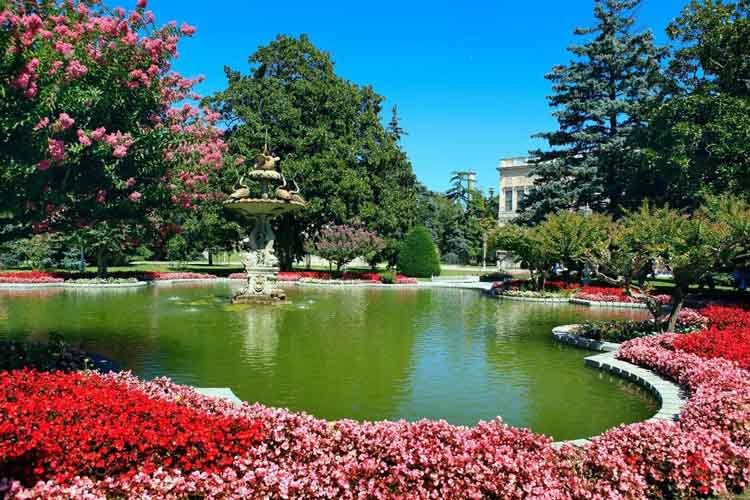