Located in Kanlica Bay, the Edhem Pertev Bey Yali, otherwise known as the 'Suslu (Lavish) Yali' or 'Sarayli (Palace Lady) Yali', is one of the indispensable elements of the Bosphorus panorama.

Dating back to 1860, the yali's first owner was a palace lady, who is thought to have been a felicity of the sultan who was rewarded with such a property when it was time for her to depart the palace. Having resided in Kanlica for many years, the lady's yali was acquired by Edhem Pertev Bey. After the death of Edhem Bey in 1927, his heirs sold the yali to a captain who was of the Bosphorus marine transport company, Sirket-i Hayriye. It changed ownership a few more times over the subsequent years. 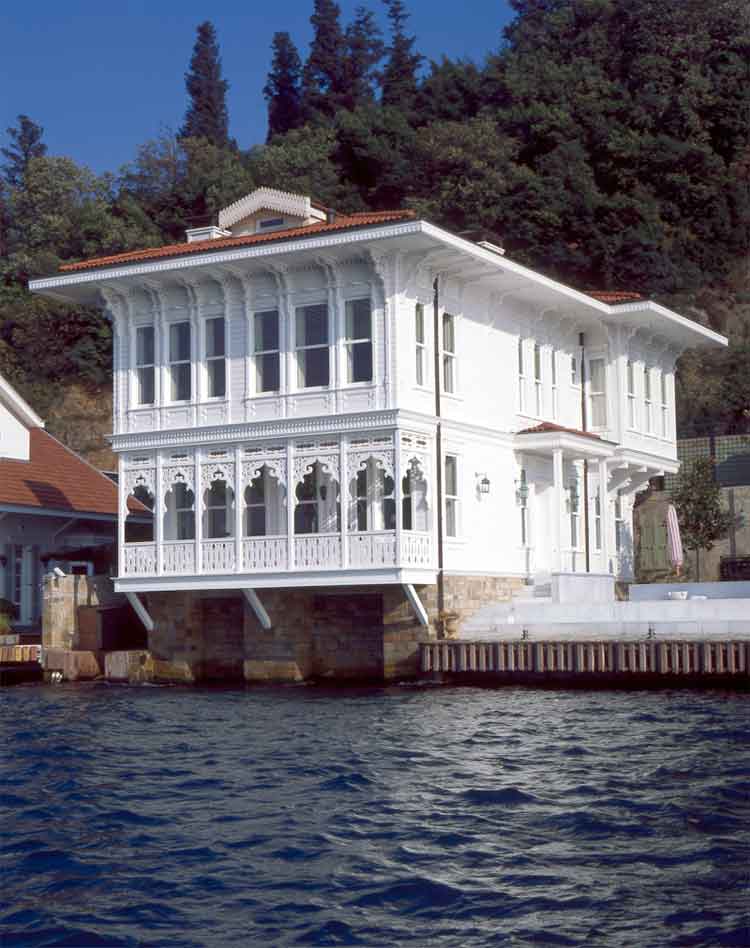 Acquiring the wooden yali from the palace lady, who was its first owner, Edhem Pertev Bey was a pharmacist who pioneered factory produced pharmaceuticals. Born in Trinova within the borders of modern-day Bulgaria in 1871, Edhem Bey migrated to Istanbul with his family later on. Having graduated from the pharmaceutical branch of the School of Medical Civil Service in 1895, Edhem Bey was also the first graduate of this department. Later on, Edhem Bey opened a pharmacy in Aksaray and gained a fine reputation with his Tertev Syrup' during this time. Having set up production of ready medicines and preparations in a laboratory he founded in a section of the Matbaa-i Osmaniye building in Cemberlitas, Edhem Bey expanded his business to include export markets. While he began residing as a renter at this yali that bears his name, Edhem Bey acquired it in the belief it would bring fortune to his business. Nevertheless, an unfortunate incident that occurred in later years would cause Edhem Bey immense grief; one of his sons, Fehmi drowned as a result of a flood in the boathouse found in the bottom floor of the yali. Edhem Bey could not bear to live at the yali very much after this family disaster and moved to Erenkoy from here, where he resided until his death in 1927. 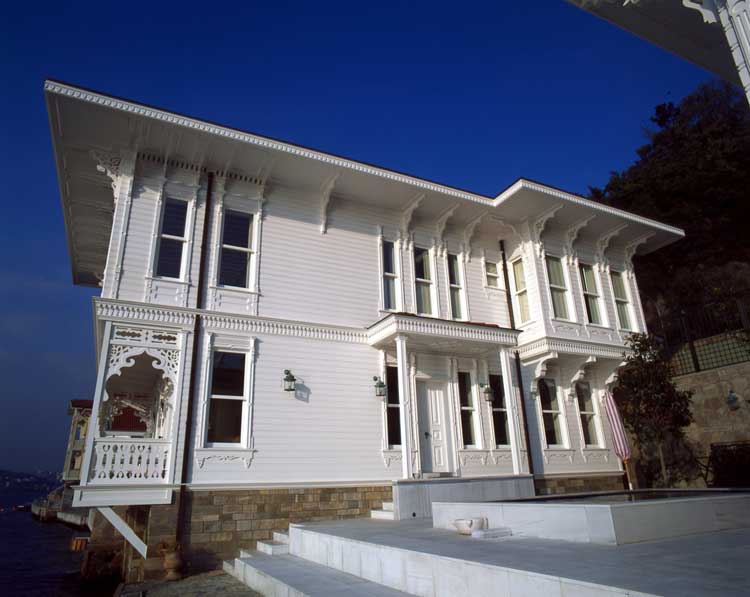 This residence is called the 'Lavish Yali due to the structure's arabesque-style decoration of the balcony found on the bottom floor. This balcony is believed to have been added to the yali later on. This Art Nouveau-style, two-story wooden yali features an independent wooden selamlik section to the south. Edhem Bey acquired property belonging to his neighbor Ziya Bey, who was a civil servant in the Justice Ministry, and had this selamlik section built near his southern border, while leaving a garden in between. Dating back to the early-20th century, the gall's plan and façade bear elements of the era. One descends to the boathouse from a staircase in the hall of the harem section. The service sections are kept towards the rear façade, while the rooms of the yali are on the seaside façade. The top floor features a hall and four rooms, two of which face the sea. The boathouse atop which the yali sits was sealed shut with stone blocks before Edhem Bey vacated the premises. There is a small belvedere-type indention on the roof of the yali. The selamlik section found on the other end of the garden has a single floor over the service floor and was built in the same style as the harem section. This section is adjacent to the Nazim Pasha Pali on the side façade. While this quaint, white yali has become one of the most recognized yaks on the Bosphorus, it has been featured, in a number of publications regarding the Bosphorus. With its sweet and sour memories stretching back more than a century, the Eczaci Edhem Bey Yeah continues to greet this marvelous waterway from Kanlica. 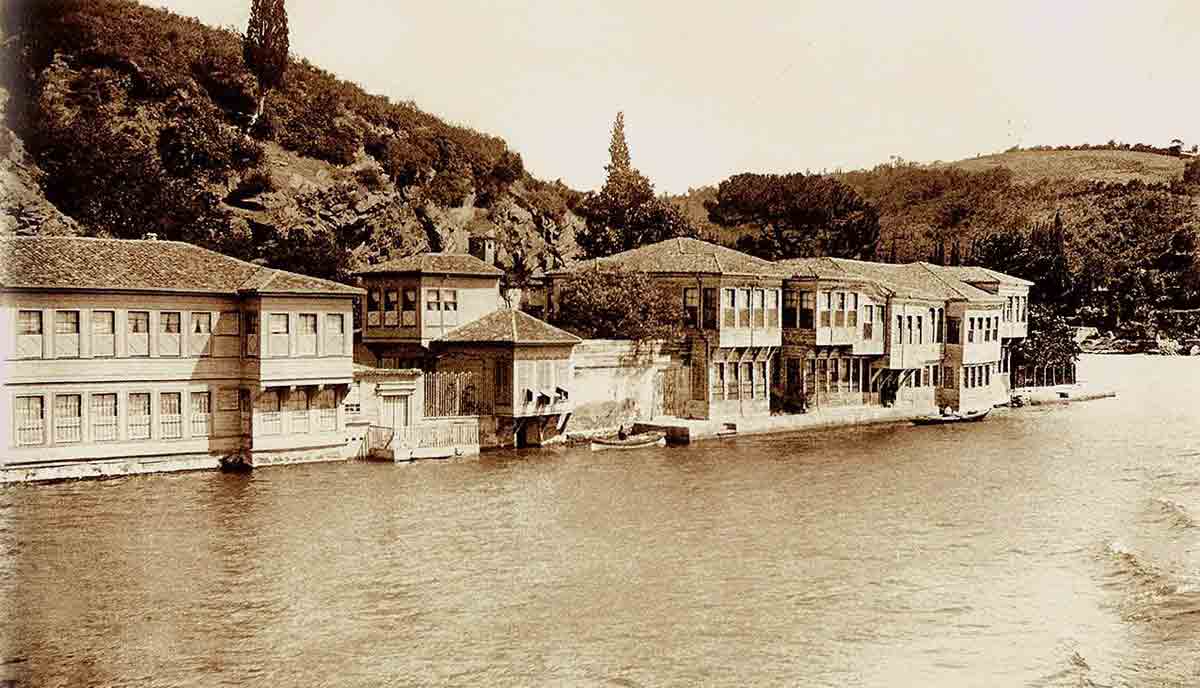 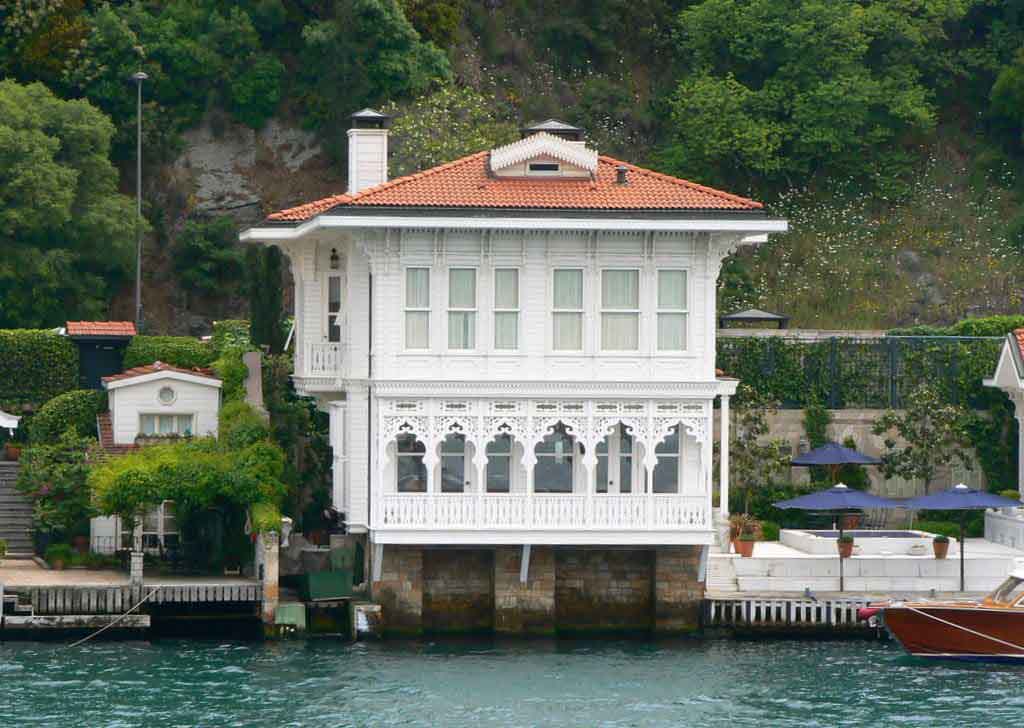