Amongst the noteworthy yalis of the Bosphorus is the Halil Ethem Pasha Yali, which is located along the Asian side. 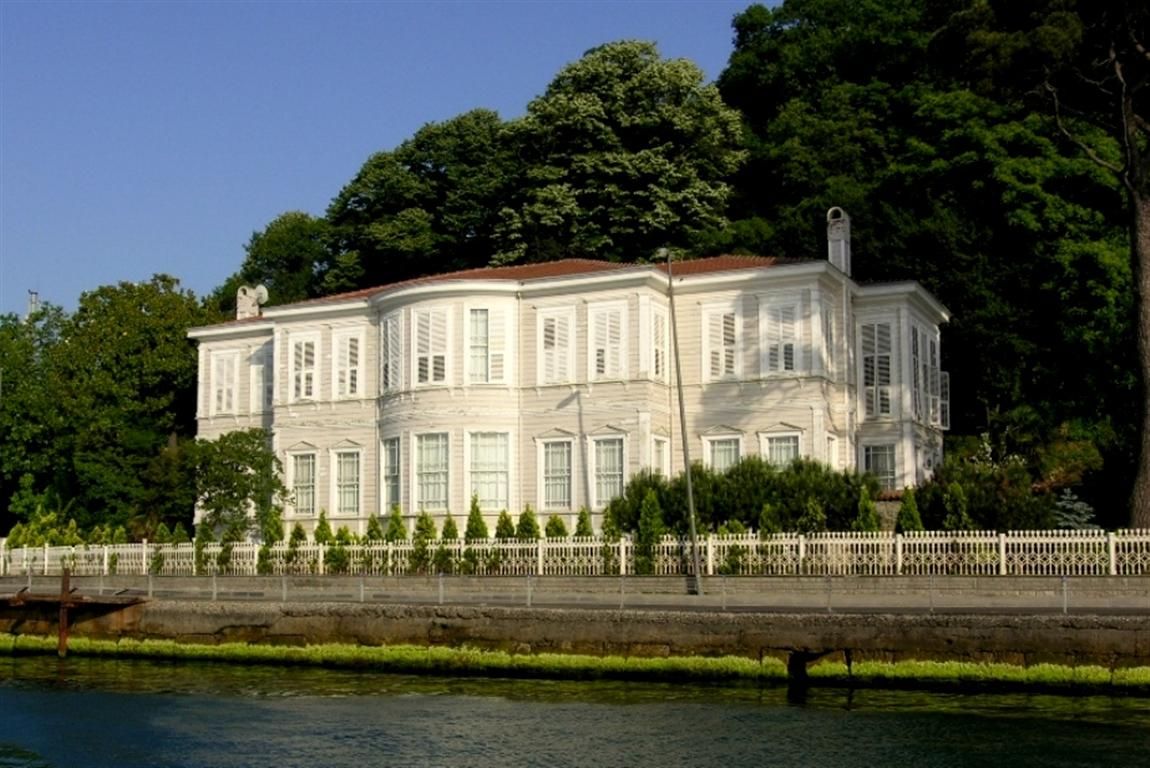 Dating back to the 19th century, this fine yali is situated in Cubuklu, which is one of the coolest points of the 35-km long waterway.

The yali's first owner was Ibrahim Edhem Pasha, who served for a while as grand vizier during the reign of Sultan AbdulHamid II. The yali derives its name from Halil Edhem Eldem Bey, one of four sons of the pasha, who passed away in 1893. The yali served Ibrahim Edhem Pasha and his family for many years, until 1940, when it was sold in 1940 to Ibrahim Ulagay, an important pioneer in the pharmaceutical industry.

Born on Sakiz Island in 1818, Ibrahim Edhem Pasha was brought up by Husrev Pasha, who was an effective statesman during the reign of Mahmud II. In 1830, Edhem Bey was sent to France by Husrev Pasha to study mineral sciences. After returning to Istanbul, Edhem Bey worked for some time in various Anatolian mines and was promoted to the rank of general in 1851. Having served at several scientific and political posts during the reigns of Abdulmecid and AbdulAziz, Edhem Pasha served as grand vizier during the early years of Abdelhamid's sultanate. Three of the pasha's four sons held important positions in the fields of art and archaeology. One of these was Osman Hamdi Bey, who was known as the founder of Ottoman museology. As the organizer and director of the Istanbul Archaeology Museum, Osman Hamdi Bey was also a painter who was responsible for some very important works. The most renown work of Hamdi Bey's was a painting called 'The Tortoise Trainer'. Another son of the pasha was Galip Bey, who was a numismatic specialist who conducted the first serious studies in this field in Turkey. The yali was named after the pasha's youngest son, Halil Edhem Eldem. After receiving an education in biology and chemistry, Halil Edhem Eldem Bey was appointed assistant to his brother Osman Hamdi Bey, who was the museum director in 1892. He was appointed director of the museum upon his brother's death in 1910. Ha Edhem Eldem Bey initiated the opening of the Ancient Oriental works Museum in 1917 as well as the Turkish-Islamic Arts and Topkapi Palace Museums in 1927.

Edhem Pasha's outstanding yali in Cubuklu was built in the Neoclassical style. Comprised of two lath and plasterwork floors over a stone service building, the hall perpendicular to the sea which is found on middle side forms an outward concave-shape. Tins yali, which has no balconies or bay windows, is entered through staircase doors found on the north and south side facades. While the windows on the first floor are sealed with iron gridwork, those above are positioned in triangular pediments.

The top floor windows are Plain in appearance and are Protected with wooden shutters. While the wooden slat flooring of the yali was replaced with concrete 1988-90, they were covered once again with wood. Along with these changes, the structural Plan has remained intact without ruining the character of the yali.

A large 90 m2 hall found in the middle of the symmetrical plan yali divides the structure into two sections: the harem and selamlik. Called the `Zulvecheyn Halil, a Persian derived name as it has views of both the sea and the garden, this rectangular-shaped hall is curved on two exterior façades. While the bottom floor features two Peacock-style staircases on the south and north sides, a central hail, two side halls and six rooms; this plan was repeated on the building's upper floor. There are two seaside rooms and one landside room in both the harem and selamlik chambers. While the plain ceiling embroidery of the gall's high ceiling has been immaculately preserved, the wall panels were created later on.

Sitting in a wide garden, the Halil Edhem Pasha Yali's boathouse was sealed shut during restoration. Known as the yali's harem garden, there is an impressive wall fountain embossed with fruit reliefs that came from the Bahai Efendi Yali, which used to be known as the Kanlica Bay Yali. amongst other elements featured in the garden are a fountain with a faucet and an engraved fountain. Sitting solemnly by itself in front of the woods amidst all the greenery, this beautiful yali continues to revive the memories of its previous owners who made major contributions towards the advancement of Turkish science and the fine arts.