This bath has an important place in Ottoman architecture. Unfortunately, no bath s from Roman or Byzantine times have survived in Istanbul.

However, the plans of Turkish bath s are known to be similar to Byzantine ones. The Haseki Bath was made by Mimar Sinan in the years 1556-1557. It was commissioned by Hurrem Sultan, head of the bodyguards who guarded the sultan, called "Haseki". It is a double bath with an unusual arrangement. Generally, the double baths were built to adjoin back to back. The Haseki bath is a long rectangular structure, stretching from north to south. 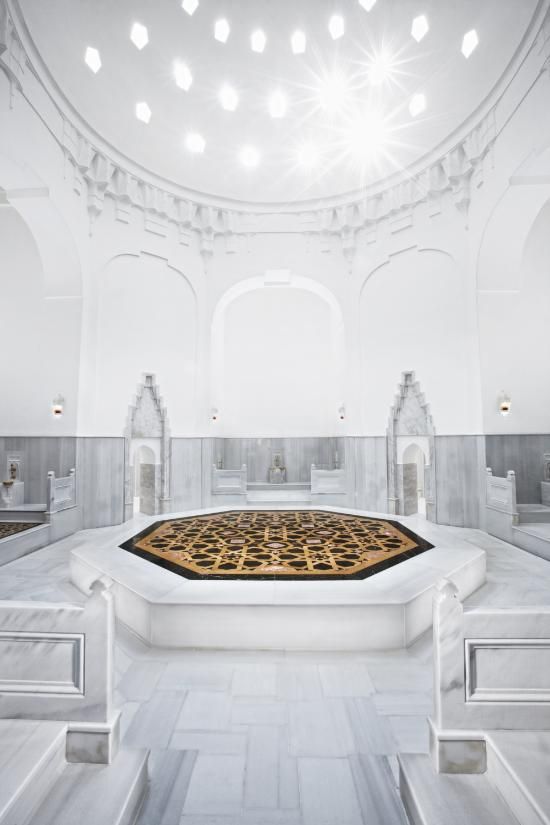 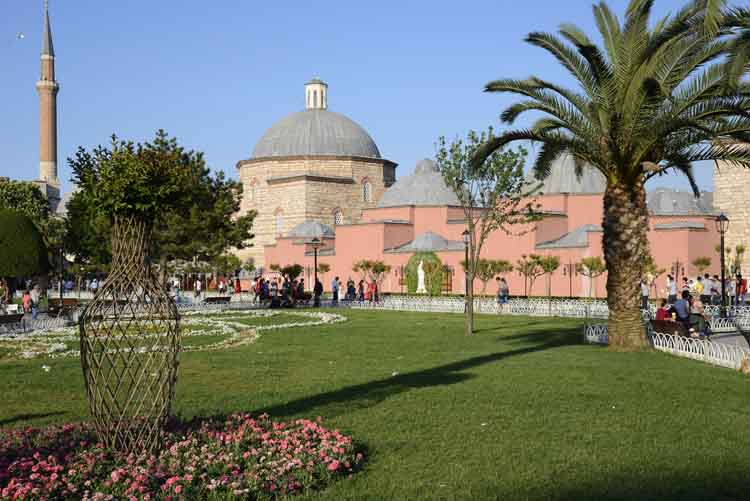 There is a dome above the changing room which has lantern for the light in center. The rectangular warm room is covered by three domes. The hot room is domed in the center, has four iwans and four private rooms in the corners. Restored in 1980, today the Haseki Bath is used to display and sell rugs. 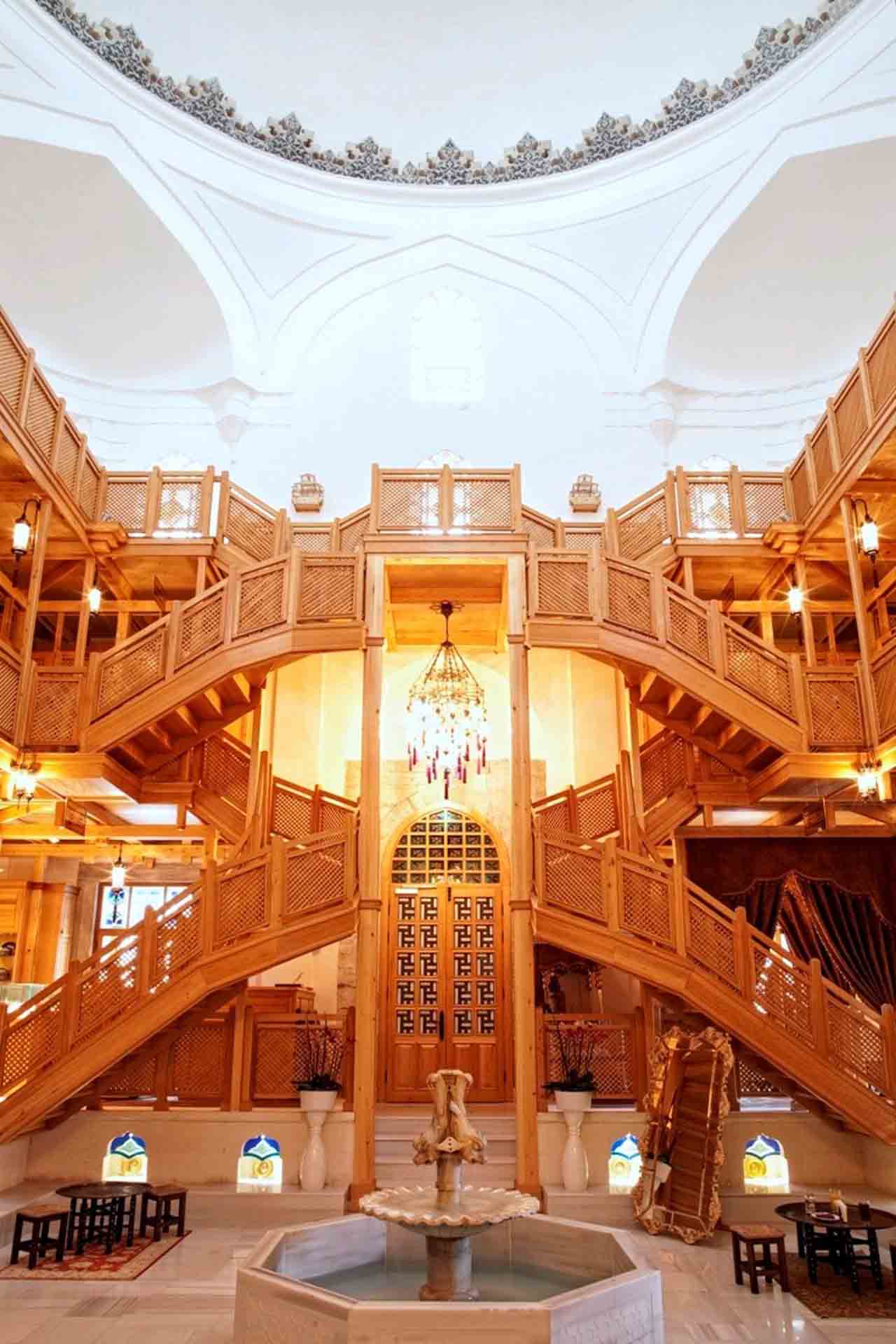