Although the majority of the original structure has long since disappeared, one of the dazzling structures of Kanlica Bay is the Kadri Pasha Yali, situated at the northern edge of the bay. The architect of this mid-19th century yali is unknown.

Presumed to have been built during the reign of Abdulmecid, the first owner of this yali was a former grand vizier, Ahmed Arifi Pasha. During the subsequent period, the yali became the property of the Governor of Izmir, Hekim Ismail Pasha. It is named after Hekim Ismail Pasha's son-in-law, Kadri Pasha, who inherited the yali. Having served Abdulmecid for a short while in the capacity of grand vizier, Kadri Pasha had two boys and four daughters, who also inherited they all. It remained in the same family for many years afterwards, having been handed down to Kadri Pasha's grandchildren. 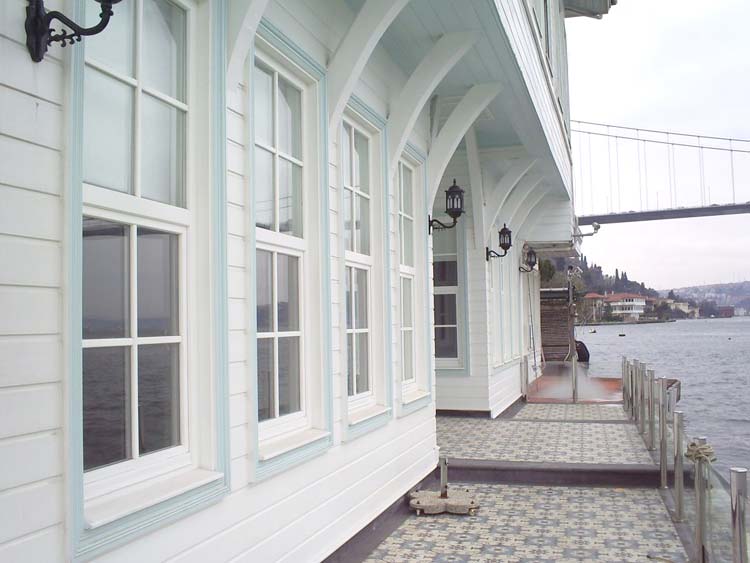 Having acquired the yali from Ahmed Arifi Pasha, Hekim Ismail Pasha was of Greek descent. Believed to have been either from Izmir or Sakiz Island, the pasha graduated from the School of Medicine in 1840. Ismail Pasha was Abdulmecit's personal physician. Later on, we see that he became the father-in-law of Kadri Pasha who married his daughter Adviye. Born in Gaziantep in 1832, Kadri Pasha was the nephew of the famous interpreter Asim, and came from one of Gaziantep's deep-rooted families. Having received a fine education, Kadri Pasha arrived in Istanbul when he was 25 and was posted to work in the translation room of the Ministry of Foreign Affairs as he was fluent in several languages. Employed at various state posts, the pasha rose through the hierarchy to the office of grand vizierate. However, Kadri Pasha was not able to serve at this post for long as he often clashed with Sultan AbdulHamid; he resigned from his grand vizierate position and was later appointed as Governor of Edirne. Having passed away in Edirne in 1883, the pasha's children, Ismail, Sevket, Makbule, Mediha, Afife and Seniye became heirs. 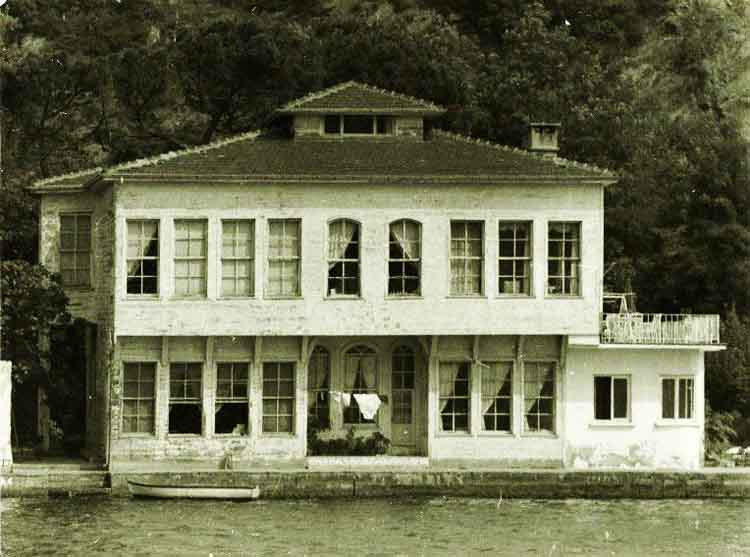 The section of the yali that is seen today, which once stretched 150 meters towards Mihrabat Bay during the early times, is the selamlik part. Remaining on the south side, the harem section became too ruinous for use and was demolished during the 1930's. Also situated towards the south side was a domed sea hamam, was which demolished when the yali was converted into an ashlar block structure in 1967. The boathouse located in the north part was another section of the yali which was demolished. The Nadir Pasha WI sustained damage when was struck by a vessel in 1930. Subsequently repaired, a concrete jetty was also laid in front of the yali. I north &Thom suffered the same fate on 27 January 1981 and was nil )1 1983. 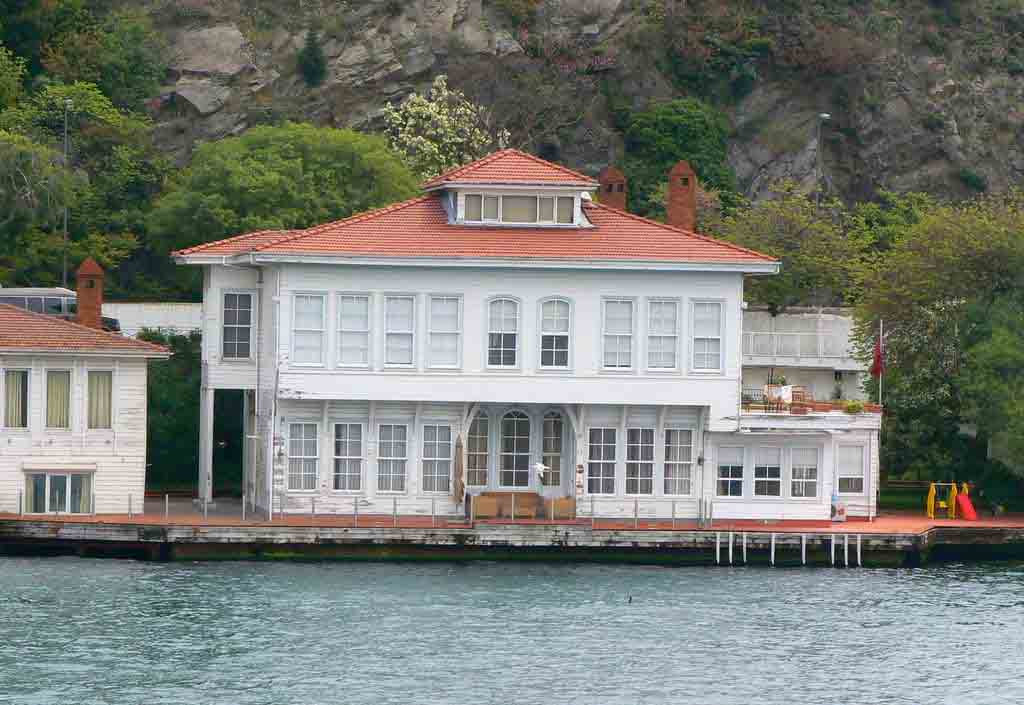 The part of the yali that remains extant is comprised of two floors. The slight indention is the terrace to the second floor over the south wing of the yali, which also has a triple entry door on the seaside façade. With the exception of this terrace, which remains on the side façade, there are no balconies or bay windows on the front façade. The rooms on the yali plan is situated on the seaside façade and adjacent to each other. The second floor has a slight indention towards the sea, whereas the yali is rather spacious with a total of 28 windows. While the ground floor features a stone-clad hall and four rooms that open into this hall, the upper floor also has a hall with five rooms that open into this hall. There is also a belvedere on the attic floor of the yali.

The architectural characteristics of the Sultan Abdulmecid era seen in this yali include niches and ceiling embellishments. There is an intriguing stuffed bird collection which dates to the time of Sultan AbdulAziz on the second floor of the yali, the lath and plaster work walls of which are thought to have been previously embroidered.

This two-century old landmark of Kanlica has remained stubbornly cemented to its foundations from the time of Ahmed Arifi Pasha to the present as it continues to greet the maritime traffic plying the waters of this historic waterway. 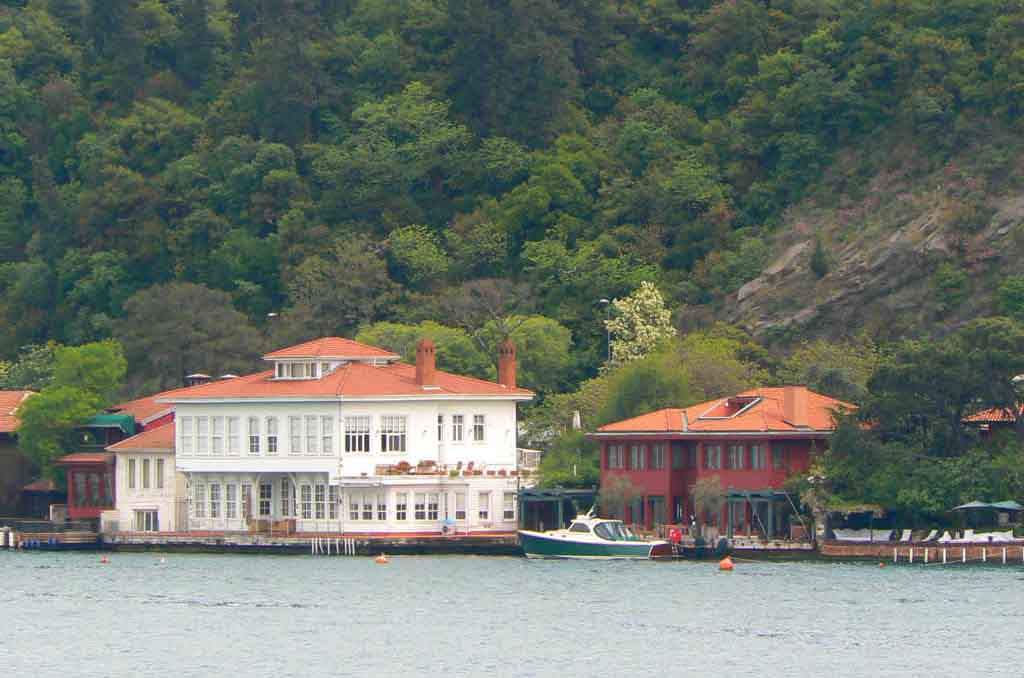