Kanlýca is a district between Anadoluhisari and Çubuklu in Istanbul. There are various writings about how it got its name. 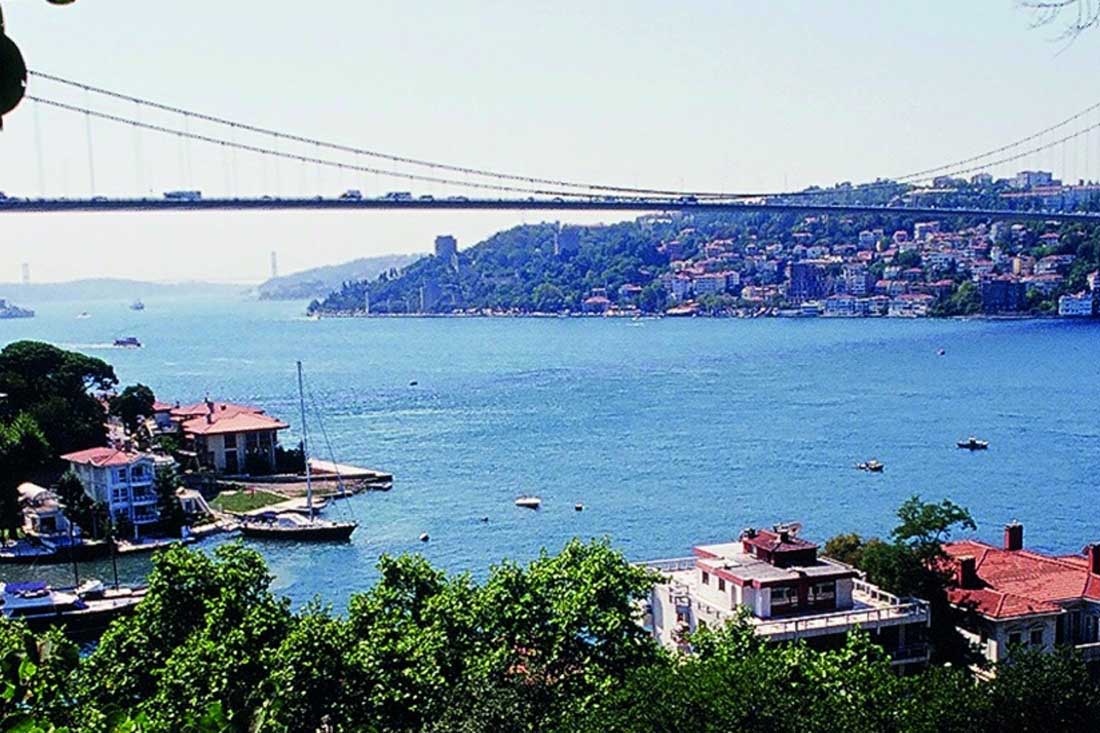 Kanlýca is a district between Anadoluhisari and Çubuklu in Istanbul. There are various writings about how it got its name. According to one of them, during the Ottoman period, the sultan ordered to hang bloody meat everywhere in order to find out where the cleanest air was in Istanbul. 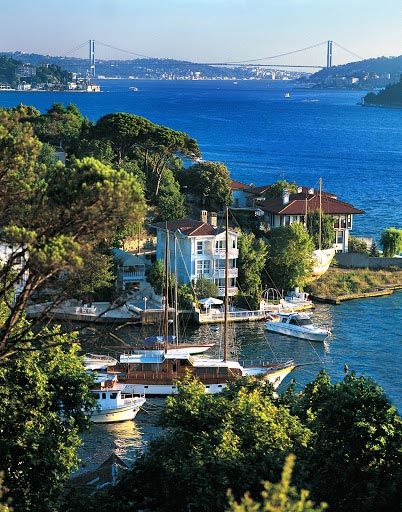 Kanlýca is a famous settlement with its historical features. It is one of the historical buildings of Mimar Sinan's Ýskender Pasha Mosque, opposite the ferry pier. The mansions in Kanlýca have a historical feature. One of them is the mansion built by Bahai Efendi during the reign of Murat IV. This mansion burnt down in the 19th century.

Visit: Morning Bosphorus Cruise with Stopover On The Asian Side

One of the important natural beauties of Kanlýca is the Mihrabat Grove, which was established in the time of Mahmut I in the area descending from the Fýstýklý slope to the bay and attracted great attention by the sultans. Mihrabat Grove was built by Nevþehirli Damat Ýbrahim Paþa and III. It is claimed that the Mihrabat Pavilion was given its name to Ahmet. Unfortunately, Mihrabat Pavilion was destroyed and destroyed within a week due to the janissary revolt. Despite its magnificent history, Mihrabat Grove gradually became smaller. The Mihrabat Grove, preferred by Yahya Kemal to spend hours away from the eyes, has inspired various writers and poets with its beautiful scenery.

From grandfather to grandchild, it has been fermented for 126 years.

Historical Kanlýca Yogurt, which has been registered in the name of Muhammed Ali Sakkaf since 1988, is often mixed with imitations, and continues to be indispensable for consumers who turn to natural and additive-free products due to the fact that it is made from daily natural milk, no additives are used in its production, and it is carefully fermented.

The foundations of the historical Kanlýca Yoghurt were laid in 1893 by Poyraz Ýbrahim Aða, also called "93 immigrants", who emigrated from Bulgaria and settled in Kanlýca due to the Ottoman-Russian War (1877-1878). Located story began with Bloody History of yoghurt with Poyraz Ibrahim Agha-standing company in the list of over 100 years in Turkey today, granddaughter continues with Muhammad Ali Sakkaf.

By climbing up Camlica Hill, you can watch the sun set over the silhouette of Istanbul. 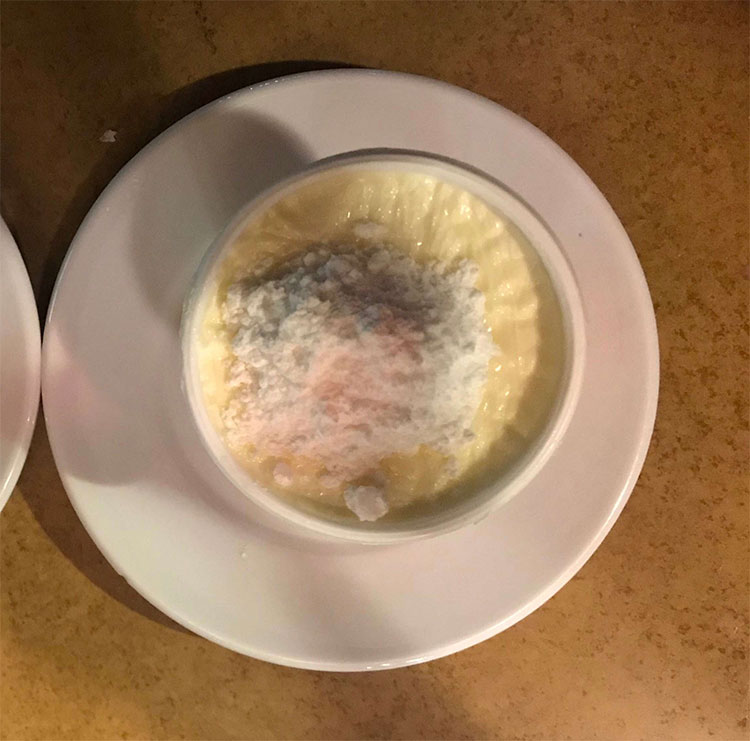 Muhammed Ali Sakkaf took his first step into the profession by starting to work with his uncle in 1976 after completing his military service in Thrace after graduating from the High School of Commerce. He established the current facility in 1986 in accordance with the conditions of the day in a farm concept.

Historical Kanlýca Yoghurt continues to be offered to Kanlýca residents and consumers by Muhammed Ali Sakkaf, his wife Banu Sakkaf and Chemical Engineer daughter Nur Sakkaf in a traditional business structure today. Historical Kanlýca Yogurt, which has been registered in the name of Muhammed Ali Sakkaf since 1988, is often mixed with imitations, and continues to be indispensable for consumers who turn to natural and additive-free products due to the fact that it is made from daily natural milk, no additives are used in its production, and it is carefully fermented.

They write a century of bloody yogurt on their sign: Muhammed Ali Sakkaf stated that his family has been doing this job for 126 years and that he has continued the business for the last 45 years, and that he has worked with his uncle in the 1970s and changed their location in 1986 due to the expropriation of Kanlýca.

Sakkaf stated that yogurt is not an easy task, "It is a job that needs to be dealt with 24/7. Because you are dealing with a living material. Rub is a living material. You will process it when it is fresh, and when you make yogurt, you will sell it when it is fresh. Like, we always process fresh milk and produce it by adding the yoghurt of the previous day as yeast. We don't know about preservatives or additives." he spoke. 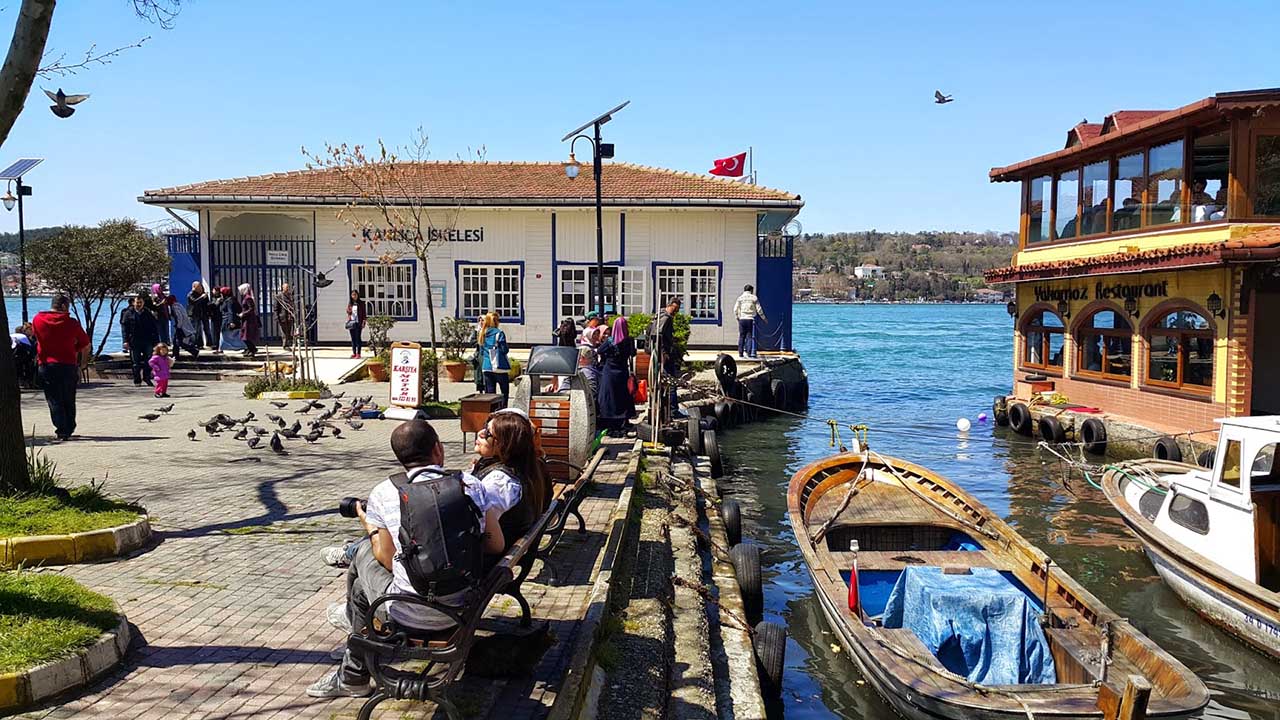 Reminding that yoghurts were sold in places by the sea and on ferries in the past, Sakkaf stated that the historical Kanlýca yoghurts are now sold only in the garden where the production sites in Migros, Macro Center and Kanlýca are located.

Mentioning that it is pleasing to have a brand value that is spoken all over the world, Sakkaf said that there are companies that imitate their own brands as well as other important brands and that they are often confused by the citizens with their own products.

Sakkaf said, "None of them can or cannot do it like yogurt in our country ... They neither know the method, nor their understanding of life is appropriate to do this ... They deceive those who come to Kanlýca like this yogurt. The citizen thinks that he is eating this yoghurt. They never have continuity, they are all sinking. I have never seen one that does not sink until now. Our secret is honesty, maintaining the same rules, using healthy milk, not adding anything to milk ... "he said.

Stating that they received proposals for partnership and acquisition for their brands, Sakkaf said, "If there is someone we believe that they will continue, we can work together. Until now, it has not fit our mind. It is possible to develop a little more. I have taken this job until now." used the expressions.

Sakkaf emphasized that he has 4 children and that one of them is already working with him and they can continue the business after him and said, "We did not get an organic certificate, this is organic anyway. We also do not have the state to spend money to get an organic certificate. It searches for healthy products and finds it following the advice of doctors. We use yeast in yogurt from milk and yoghurt, no additives, preservatives, homogenization and high boiling. " gave the information.