The Kibrisli Yali is situated in Kandilli, striking for the incredible blue sea and cascading greenery flowing down expanse between from the slopes.

One of the first owners of the yali was Mehmed Izzet, Pasha, who served as grand vizier during the reigns of AbdulHamid I and Selim III. The pasha was the great-grandson of Rum Mehmet Pasha, a vizier during the Conqueror era who commissioned a mosque at Uskudar Promontory. Izzet Pasha was dismissed from his second term as grand vizier in 1781 and passed away two years later. After the pasha's death, they all were transferred to his son, Sait Mehmed Bey, who was a palace stable official during that period. After residing in this yali for some time, Sait Mehmed Bey leased it to his father's namesake, Grand Vizier Mehmed Izzet Pasha in 1794. After this pasha was dismissed from his grand vizier post, the yali was returned to Sait Mehmed Bey, who continued to reside here. From the Registry of the Commanding Officer of the Sultan's bodyguards, it is evident Sait Bey spent his summers at this yah. After Salt Mehmed Bey's death in 1811, the yali was transferred to his son, Commander of the Sultan's Bodyguards, Ataullah Bey. 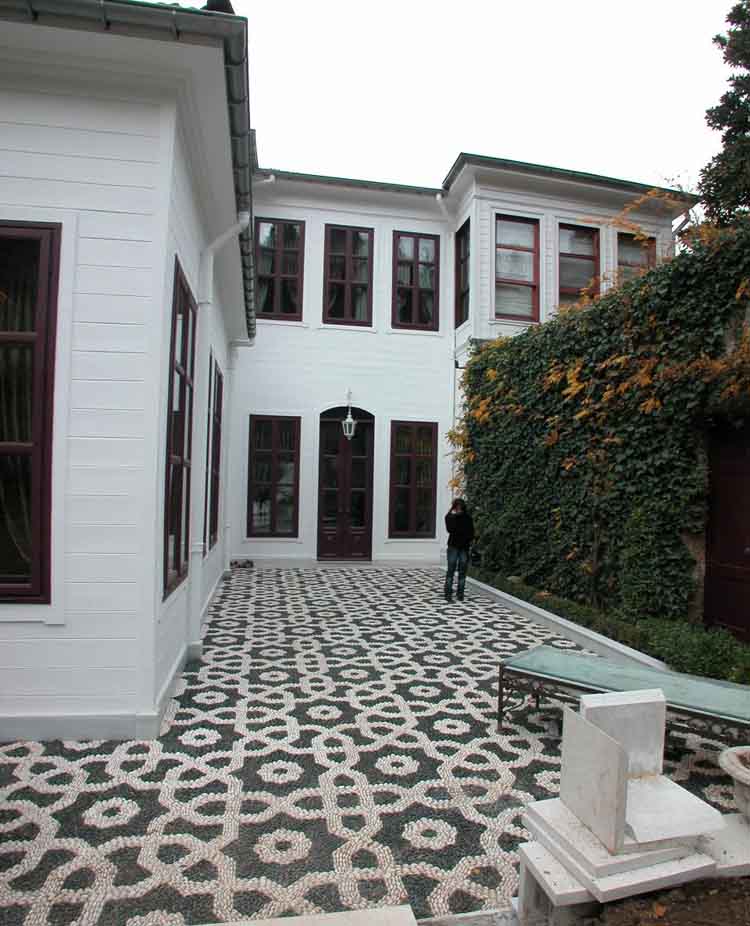 The yali was sold to Kibrisli Mehmed Emin Pasha after the childless Ataullah Bey died in 1838. It became known as the Kibrisli Yali upon its acquisition by Mehmed Emin Pasha, who replaced the ruinous structure with a new ph. Mehmed Emin Pasha was just 27 years old and a member of the military council when he acquired this splendid yah which survives virtually unaltered to this day. This pasha subsequent took on important state positions such as Ottoman Ambassador to Russia, Grand Admiral of the Seas and Grand Vizierate; he passed away in the yali in 1.871. The Pasha's lineage continued after his death with his daughter, Atiye. Over the years, Atiye's daughter, Refika had sons named Nazim, Tevfik and Sevket, thus preserving the vividness of the yali. Of these sons, Nazim and Tevfik became officers who were famous for crossing the Bosphorus on horseback. Kibrisli Tevfik was shot during a raid on the Sublime Porte while he was the aide-de-ramp to Defense Minister Nazim Pasha. Another son Sevket, became it member of the era's intelligentsia, which was the reason many literary personalities frequented the yali during this period. Those who lived in the nearby Abud and Ostrorog Mils also participated in these gatherings. One of the pleasant anecdotes from those conversations involves Yahya Kemal, who looked over at Belkis at the adjacent Abud Efendi Yali one day and said, "Allah gave her a beautiful head, and she spends her life getting that head wet.

Constructed in the Neoclassical lath and plasterwork style, the yali is comprised of harem and selamlik sections. The structure has a triple-hall plan with rooms surrounding the halls. Covering an 1885 m' area, the structure was built as a single-story right and left wings and a two-story center section. The center section is comprised of a total of 21 rooms, six on the second floor and 15 on the lower floor: the yali's largest room is round in the north. section. The section with this 144 m2 hail was added to the structure in the 19'h century. The south sect ion was rebuilt in 1974 by preserving its outer appearance within the scope of second-degree antique works. 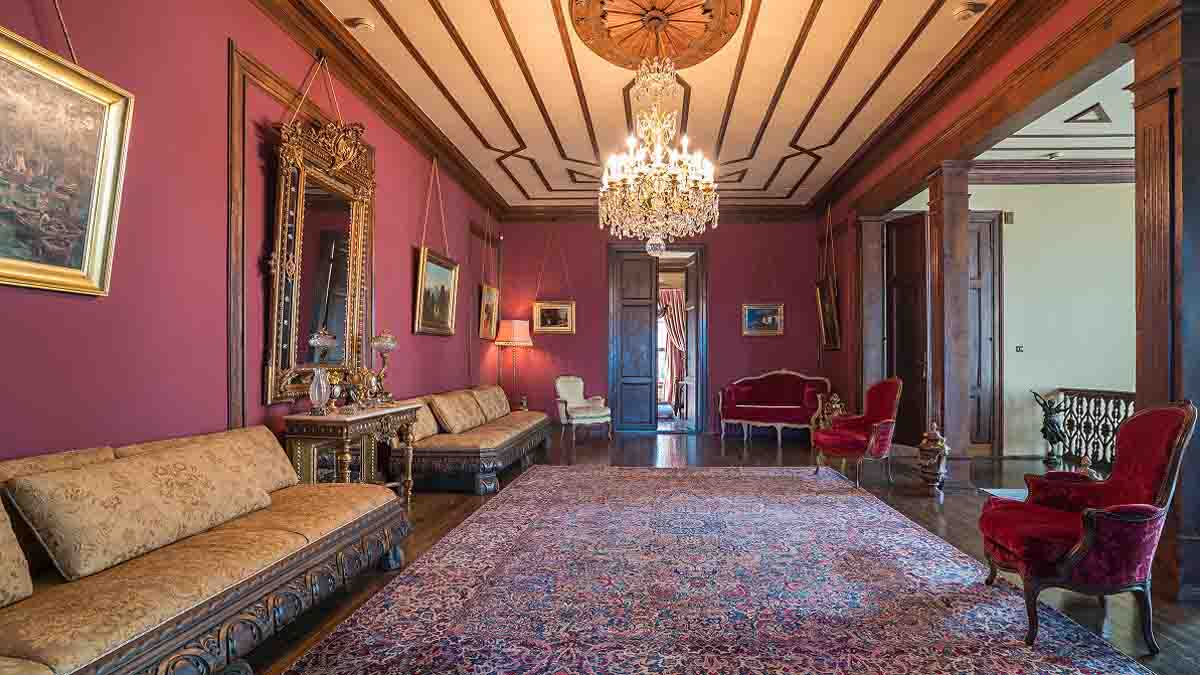 The features of the Selamlik section are in a remarkably preserved state. Standing 7-meters high, the selamlik hall is covered with a vault perched over walls and Corinthian-capped columns. A vase holding flowers has been illustrated amongst plaster-of-Paris reliefs on the vault of the hall. Rooms with plaster-of-Paris reliefs and floral decor in their ceilings are found in the four corners of this hall. One of the paintings decorating the walls of the yali is an oil painting of Kibrisli Mehmed Pasha in the selamlik hall. A greenhouse and a banquet hall were added to the selamlik section in the 19'" century. There is a relief motif in the center of the wooden ceiling of this section. There is also a spouting fountain adorned with wisteria leaves in the lemon grove. Wide windows ensure spaciousness in this section; the ground around the pool is paved with two-toned rocks.

The late-18t" century two-story auxiliary building situated on the roadside of the yali was demolished in 1974 and subsequently rebuilt. Moreover, there are small, recently built units in the garden. The yah's three large hamams were renovated over the years and eventually demolished. Moreover, the yak's boathouse situated on Kucuksu Creek is no longer extant; the harem and selamlik piers, carriage shed, laundry house and vegetable garden have disappeared over the years.

The wide green space situated behind the yah that was once the woods of the Kibrisli Yali was recently sold to wealthy Arabs. While the steep slope behind the yah is known as Sevda Hill, the café situated here is known as tower's Café'. This name comes from an interesting 1930's love story involving a young officer named Vahid and Belkis, the daughter of the wealthy Sefer Bey, who owned one of the yalis down below. While this story ends on a bitter note, the rich father didn't want to wed his daughter to the poor officer whereby the two lovers committed suicide together by leaping from the top of the hill, hence the name of the hill.

A luncheon was held at this yah for Eugenie, Empress of France during a reciprocal visit first made by Sultan AbdulAziz to her country. Besides several important foreign guests such as Pierre Loll, Claude Farrere and General Colmar Freiherr von der Goltz, Turkish literary personalities such as Yakub Kadri, awl Refik Halit were frequently hosted. Kibrisli Vail continues to dazzle visitors 'with its beauty.