The pastoral island which was the site of the Saray is approached by the handsome bridge which Fatih Mehmed II extended over the Tunca. 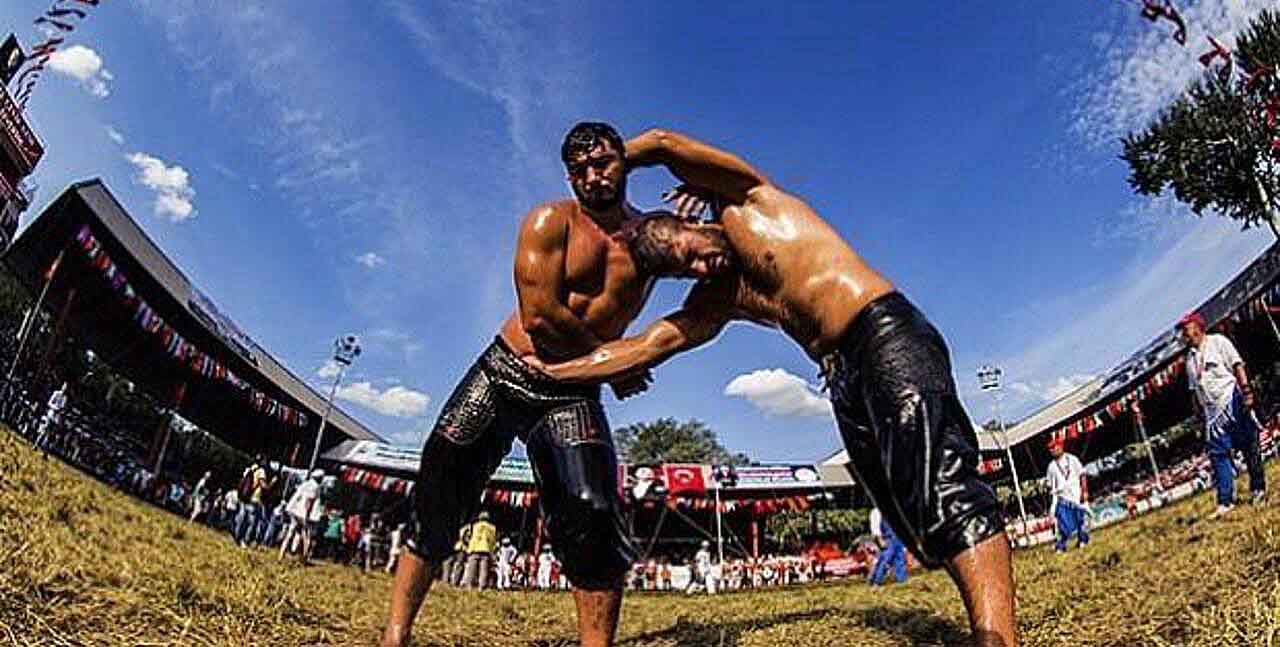 On the farther shore is likely to have been the market gardens which supplied the kitchens with fruit and vegetables for the sultan was deeply interested in horticulture and planted trees by the thousands. It is interesting that the government of the city was in the hands of the Bostancibasi, Lord Gardener of the Household, but flowers and fruit are gone along with the enchanted kooks (pavilions) like the Kum Kt WA (Sand Pavilion) completely dressed in the finest Iznik tiles. From the end of the 18th century the palace was taken over by the military. 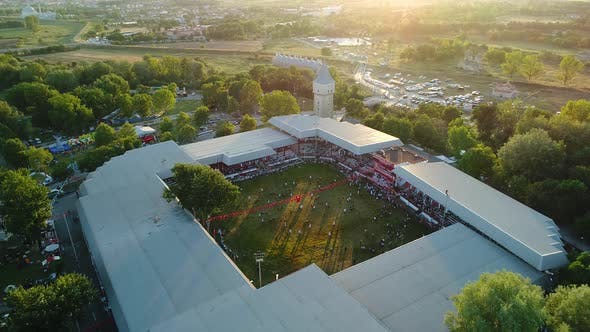 How large is the area which the pleasure palace filled is best appreciated when all Turkey appears to come to watch the wrestling because the island offers a magnificent arena for sport. It is once more known as Kirkpinar, the land of the forty - or umpteen in Turkish - springs which offered a limitless supply of sweet water. Such an island was made for princes or for champions. The wrestling was not a sport, but a religious event charged with meaning and mystery from the unwritten Turkish past. The chief wrestling ground in Istanbul, for example, was that a large open space behind the Suleymaniye mosque which is now a car park. It is not an art which is readily understood by untrained spectators.

The well-greased masters lean towards each other with their arms on the alert, frozen in expectancy and silent except for the beating of two hearts. Then by some electric impulse one of them senses that his moment has come and moves, just as Yildirim moved his armies, and if he is lucky the opponent is thrown. But if the pair is evenly matched the telepathic patient watching may go on for a long time. For those who are expert in this cult, the waiting is meaningful, and the skill of the victor is a delight.