One of the more preserved yalis of Kandilli is that of the Kont Ostrorog Yali. Also referred to as the `Kirmizi. Yale due to its red hue, this fine structure dates to the early-19"' century. 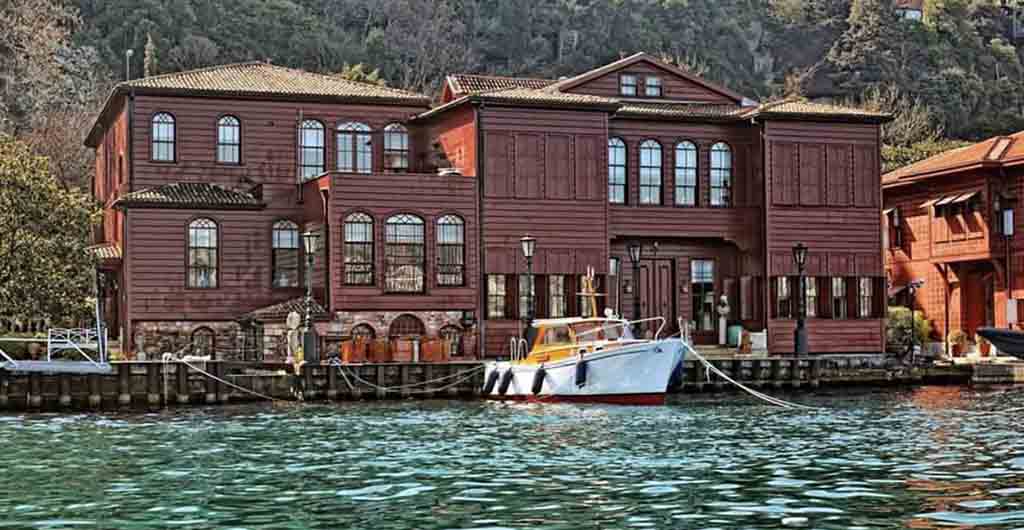 While the yali's first owners are unknown, the owner prior to Count Leon Ostrorog was Server Pasha. The son of Salt Servet Efendi, who served as chief of a mobilized army, Server Pasha was a civil servant at various capacities, rising as high as Foreign Minister in 1872. One of AbdulHamid Ifs loyal men, Server Pasha lived in this yali with his wife Ayse, sons Seat Bey and Fehmi Pasha as well as a daughter who was praised for her beauty, until his death in 1886. The yali acquired its current name when it became the property of the Ostrorog Family 18 years after the pasha's death. As the branch of a deep-rooted Polish family that migrated to France, Count Leon Ostrorog was a distinguished academician in the field of Islamic Law, lecturing in this subject at various European universities. Invited to Istanbul around the turn of the 20''' century, the count was involved in duties such as law consultancy with the Ministry of Justice as well as the Grand Vizierate, Agriculture, Mining and Forestry Ministry. After Count Ostrorog arrived in Istanbul, he married the daughter of an influential Istanbul Levantine family, Jeanne Lorando. At that time, the Lorando Family was powerful enough to grant financial favors to the Ottoman State. The count had two sons from this marriage, Jean and Stanislas. 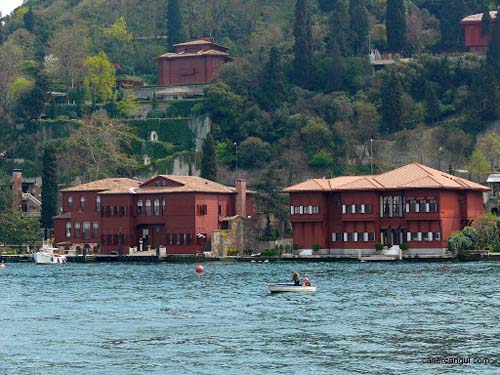 While Count Ostrorog returned to France during World War I, his wife Jeanne continued to reside at this yali. Returning to Istanbul after the war, the count permitted the yali to be used as a hospital during the Battle of Canakkale. Having lived through the eras of AbdulHamid II, Read and Vahideddin, Leon Ostrorog also witnessed the early years of the Republic. Count Leon Ostrorog passed away in Istanbul a year after the death of his wife in 1931; they lie at rest in the Ferikey Cemetery, The Mont Ostrorog Yali is comprised of two adjacent yaks. After his acquisition of the red yali, the count expanded it by joining it with adjacent Ahmed Aoki Pasha Yak The interior of the Neoclassical style yali is of the late-Empirical style. It was the reason the yak's alafranga lifestyle and decor were interpreted as the 'Europe on the Bosphorus'. The Kont Ostrorog Yali two-story wooden yali has 15 rooms and is comprised of two sections: the Selamlik (small yah-north side) and Harem (large yali-south side). Entered from both the garden and the seaside, the harem chamber is in the center. It features rooms sequenced on two sides of a central hall extending from the sea to the garden. A staircase covering the entire garden façade of the hall facilitates a connection with the upper floor, dividing the rectangular-shaped structure. One goes into the garden from beneath the peacock tail-shaped staircase, which branches out in three directions. The upper floor plan has the same plan as the lower floor. One goes into the attic from the service staircase on the upper floor. The yak's windows are on the garden and seaside façade; those on this façade and on the upper floor feature a richer decor. 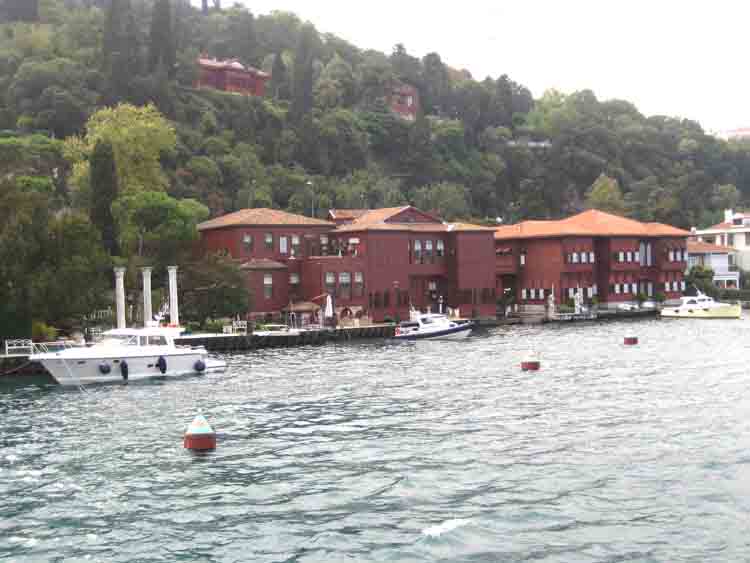 The wooden parquet flooring was bought from the Koceoglu Yali in Bebek, which was later demolished in 1940. The boathouse is beneath this section of the yah. The Selamilk chamber of the Kont Ostrorog Yali has a more recent past. The staircase hall in this asymmetric-planned section, the hall that opens into it with two columns and the pool in the basement bear characteristics of the late-Ottoman period. It attracts attention for its reliefs and ceiling hubs comprised of fruit reliefs in ceilings covered with wooden planks as well as the elegant plaster work on the interior walls.

The sea hamam adjacent to the yali was sealed and turned into a hall. While the personal effects and works of Pierre Loti are exhibited here, the hall is also commemorated in his name. Like the neighboring Kibrisli Yali, the Kont Ostrorog Yali opened its doors to very important personalities. Amongst the frequent visitors to the yali included leading literary figures such as Yahya Kemal, Necip Fazil, Abdulhak Hamid, Abdulhak Sinasi Hisar, Abidin Dino, Asaf Halet Celebi, as well as the former French President, Georges Pompidou, Princess Margaret of Denmark and Pierre Loti.

There is a Baroque-style marble sacred pool as well as a marble column fountain dating back more than 200 years ago are found in the garden. There are also two old vaults found in the garden courtyard; one is a Byzantine barrel vault with an embedded sacred fountain. In addition, there is a 200-year old pine in the garden. The yali remained in the ownership of Kont Ostrorog's heirs until it was acquired by Rahmi Koc in 2000.