The building of this tower dates as far back as the year 341 B.C. At the time, the headland on which the tower stands, called "Vus," was at the mouth of the Bosphorus (It was rumored to have once been a peninsula).

Ommander Chares built a Inonumental tomb resting on high marble columns for his wife there. In 410 B.C. a chain was stretched fi-orn this island to what is now Sarayburnri in order to control the traffic of ships through the Bosphorus, thus becoming a customs office. The first distinctive tower was built in 1110 by the Byzantine Emperor Manuel Cotnnenos. It was a defense tower and was called "Arcla," which means "Little Tower." Although not much is known about this tower, it is thought to have been about the same size as the present tower. It was used for defense during the conquest of Istanbul, after which it was used for various purposes. In Ottoman times the tower was used for performances. The lanissary band would shoot off cannons here and then sing a kind of national anthers in unison. 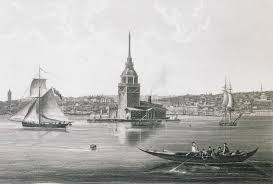 Damaged by an earthquake in 1509, the tower was rebuilt in later years. A lantern was added to light the way for ships. At that time the building was divided into two parts--the castle and the tower, with a cistern inside. In 1719, a fire was ignited by a flame from the lantern, and the tower burned. The city's top architect at the time Ramat Ibrahim Pasha from Nevlehir, repaired it its 1725. The tower was somewhat altered, with the top part becoming a glassed kiosk covered by an iron-coated dome, was made of stone. 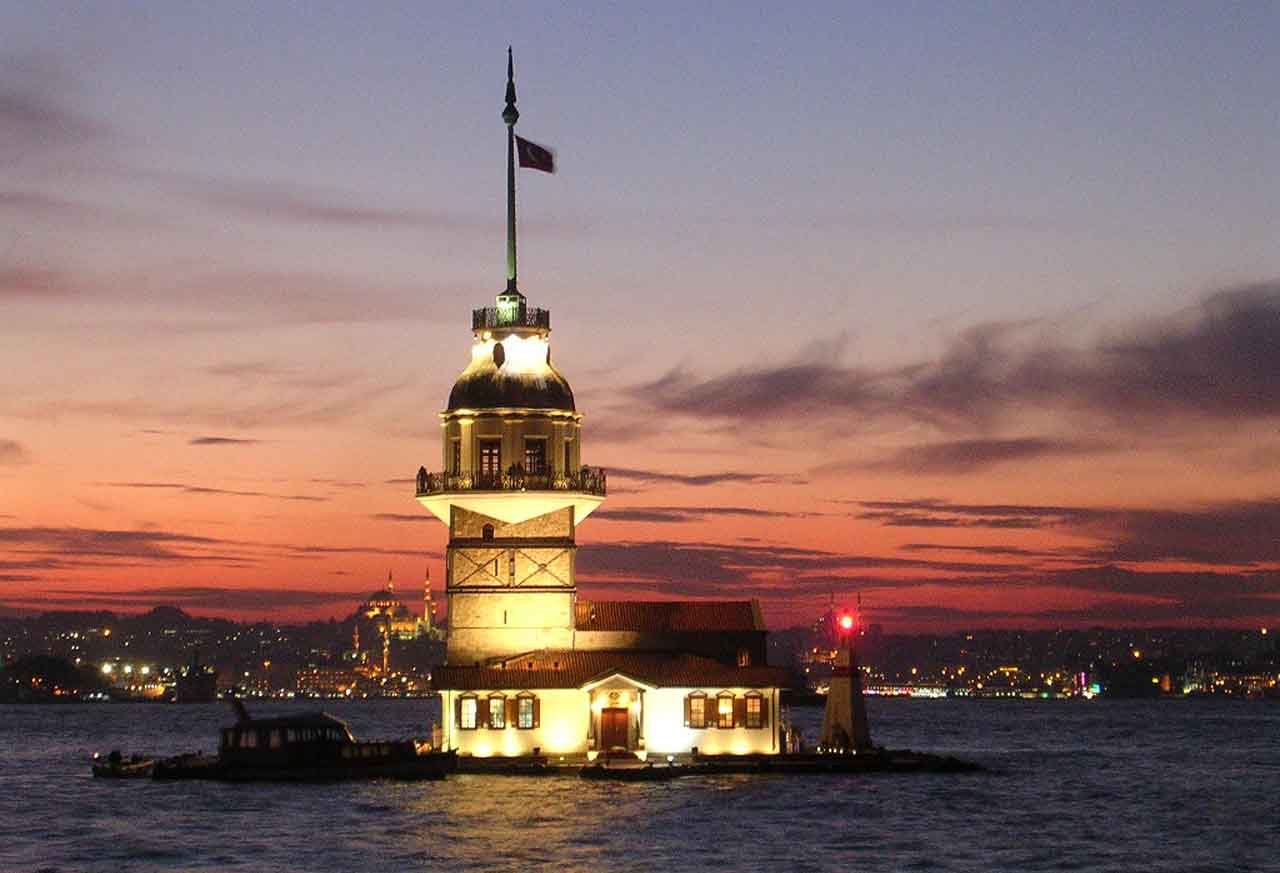 During chokra epidemic in the tower was used as a quarantine hospital. In 1857 a lantern was added again, and in 1920 it was (Intro,' to at, automatic lighting system, The signature of Sultan Mantua 11 is engraved on the marble gate of the tower, inscribed by the fatuous calligrapher Raktm. With the collapse of the Ottoman Empire, the tower was again used for defense and was equipped with cannons.

The Tower of Leander, one of the symbols of Istanbul, was first written about by the Latin poet Ovid. He told the story of a youth named Leander who fell in love with one of Aphrodite's nuns, named Hero, who lived in this tower. Every night he would swim to rneet his sweetheart. The tower was a witness to the secret romance of these young people and their forbidden love. One stormy night, Hero's light in the tower went out, and Leander, loosing his way in the dark waters of the straits, drowns. Wisest she hears of her lover's death, Hero jumps to her death from the tower.

Another story is told of a king who had been warned that his beloved daughter would die of a snake bite at the age of 18. Hoping to prevent this fate, the king had a tower built in the middle of the sea and put his daughter there. But inescapable fate sent a poisonous snake to the tower in a grape basket. The princess was bitten and died. The king had a coffin made for his daughter and placed it above the door of St. Sophia. 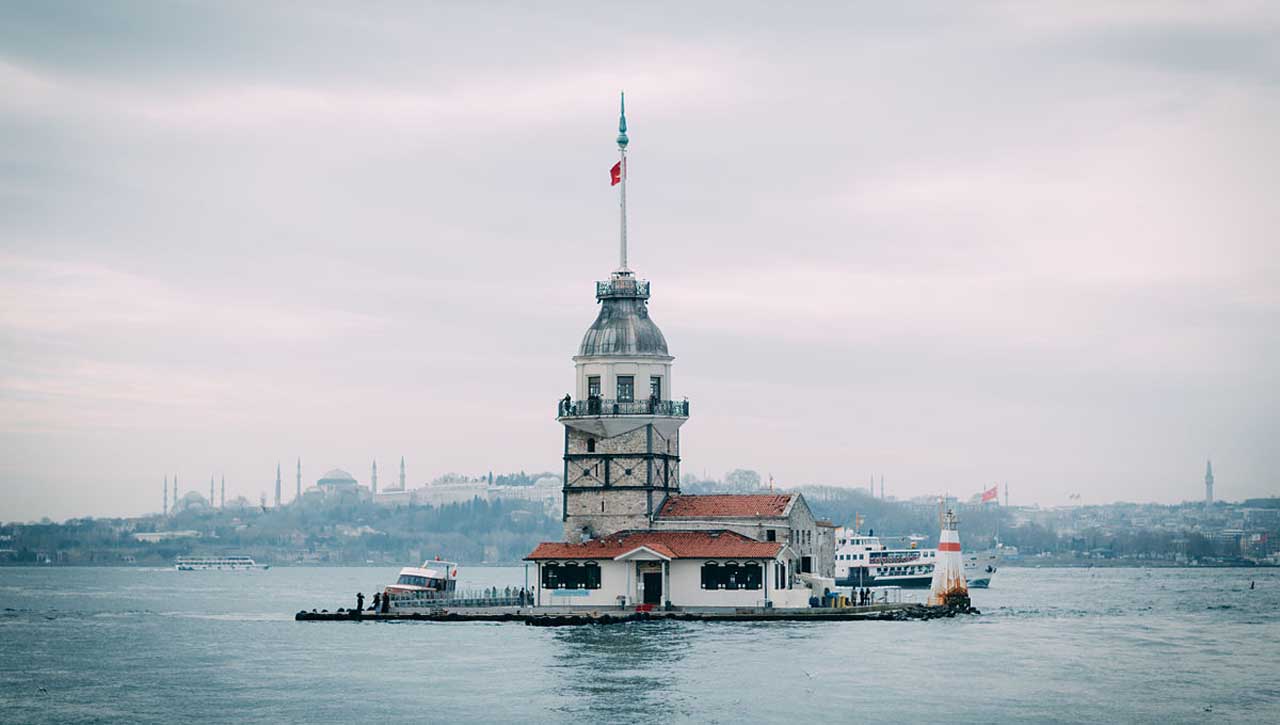 There are still today two holes on top of the coffin. This 2S00-year-old tower, the subject of legends for centuries, presently has been transfOrtned Imo a complex which includes a restaurant, bar. and souvenir shop.