Going south from the Hekimbasi Yali amongst the group of yalis sequenced in a row in the Anadoluhisari district, one arrives at the Marki Necib Bey Yali, which is known by its first owner who held the title 'Marquis'. Exhibiting stylistic differences from the Bosphorus classic architecture, this fine structure is also known for its gigantic boathouse.

The Necib Bey Yali was built by an Italian architect in the late-19"i century. Though the unity of the Turkish name Necib Bey following the noble European title of Marquis may be considered odd at first glance, it is based on a romantic love story. Necib Bey, whose real name is unknown and who was a bona-fide French marquis, was to covet Lady Melike Aliye later on. He converted to Islam and took the name 'Ahmed Necib' in order to marry her. Having commissioned the yd. for Lady Melike Aliye during the era of the Last Caliph, Abdulmecid Efendi, Marquis Necib Bey passed away during the early years of the Republic. Lady Melike Aliye continued to reside at the yali; it changed ownership a few more times after her.

The yali was restored after a fire m 1983. Comprised of four floors and an attic, the yah also features one of the largest boathouses found on the Bosphorus. Closed off with stain-glass windows later on, a jetty was also built in front of this section. The seaside facade of the yali features an attractive full-length balcony. Five windows with arches open out to this space. There are small balconies on the side façade overlooking the fortress. Segmented structures with arches and elegant, polychrome columns have been positioned on either side of the ground floor on the garden side façade. 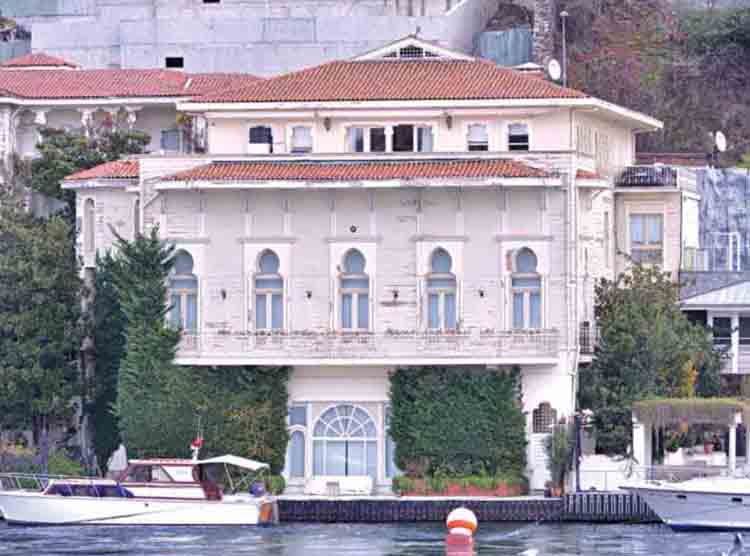 Passing through the Huber Yah entry door, one notices the Italian word `salve', which means 'salvation' on the floor. One enters the fourth floor of the structure from the door found facing the avenue. There is a staircase descending to the lower floors in a small, vault-covered space which is found after the entry hallway. There is a living room on this floor that opens towards the sea facade. There are large living rooms on the other two floors that expand perpendicularly to the seaside facade. The floor arrangements of the structure show similarities to each other. An opening is found on the third floor in the manner of a balcony to the living room of the second floor. Six-point star motifs were used in the decoration. The ceilings of the living rooms are embellished with vegetation and geometric motif reliefs. 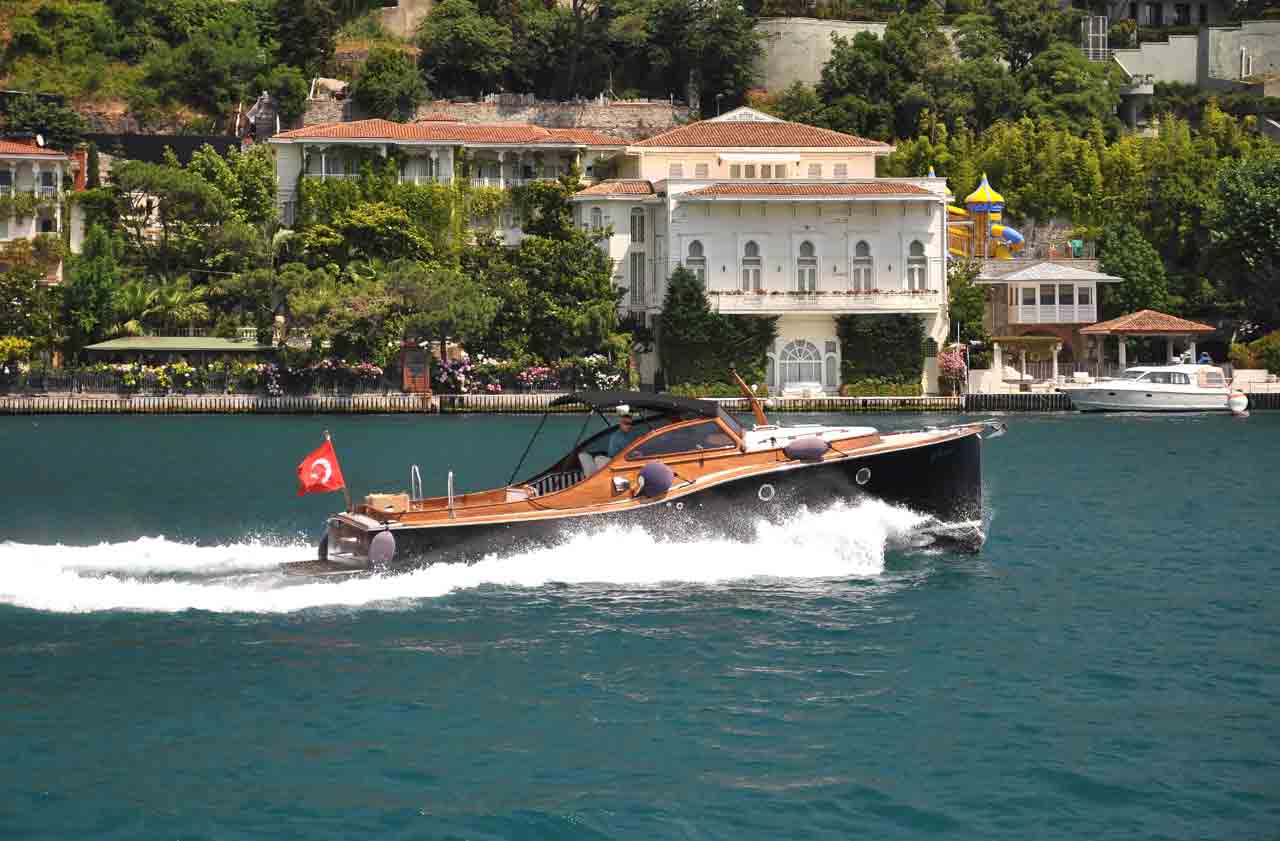 Even though Marquis Necib Bey couldn't stand the Bosphorus during the icy cold winters, he never severed his connection with the waterway; he had a winter pavilion built on the slope found just to the rear of the yak An elevator on rails had connected the pavilion with the yah. Just as the yah is known for its giant boathouse, the pavilion is known for its magnificent tower-like belvedere. 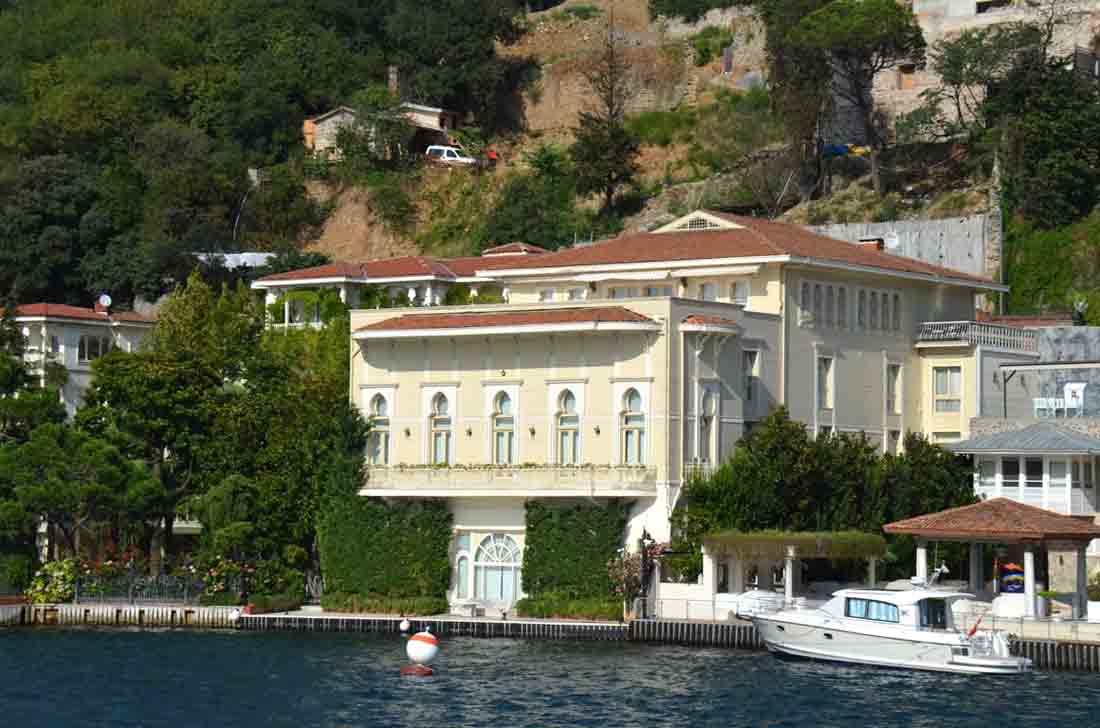