The synagogue is in Kuledibi of the Beyoglu district on Buyuk Hendek Street. It was constructed as a peaceful oasis by remodeling the gymnasium of a Jewish elementary school.

The synagogue was ready for worship in 1938, but, unable to obtain the necessary permission, could not be used. It wasn't until 1949 that two recent Jewish graduates of Istanbul Technical University, Elio Ventura and Bernard Motola, prepared the project. In 1951 it was open to worship. The dome carries an eight-ton chandelier; the stain glass for the windows was imported from England; and the marble work is striking. Every year countless weddings, bar-mitzvahs, funeral services, and other significant services are held in Neve Shalom. 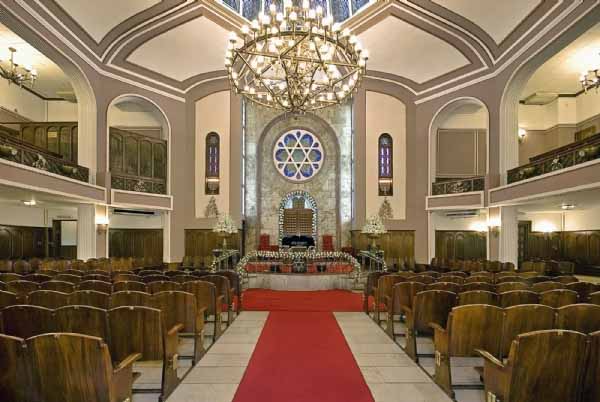 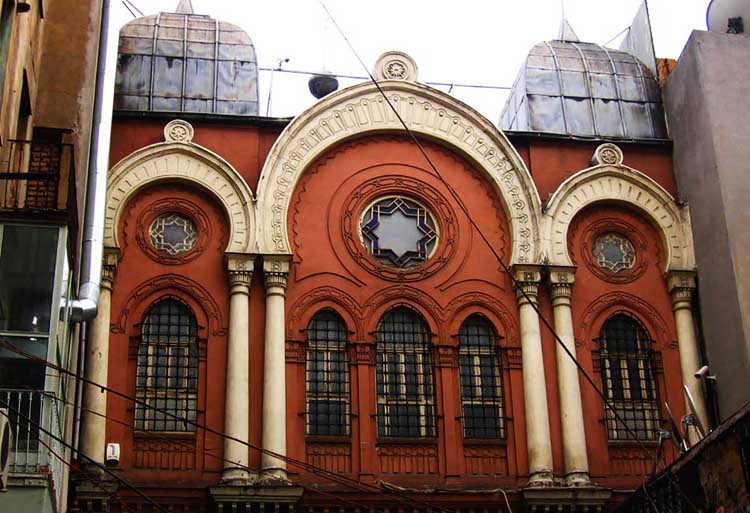 Among the important incidents of the past 50 years are the "Is' as" ceremonies for head-rabbi Rafael Saban on March 2, 1953, for head rabibi David Aseo on December 1962. On September 6, 19S6 twenty-two Jewish worshipers were murdered by foreign terrorists. On March 1, 1992 two terrorists planned an attack on the synagogue but were apprehended before damage could be done. Three days before this planned attack, a significant ceremony had been held in Neve Shalom. A prayer service of gratitude was held in the synagogue by the descendent of the Sephardic Jews who, 500 years before, had been welcomed with open arms on Turkish soil when they were expelled from Spain. The prayers were offered to the Turkish people. It is said that the present Neve Shalom is on the spot where the Aragon, the synagogue of the Sephardim Jews who emigrated from Spain in the 15th century, was located.