This late-19th" century Princess Rukiye Yali is situated on the northern shore of Kanlica, one of the finest bays of the Bosphorus. 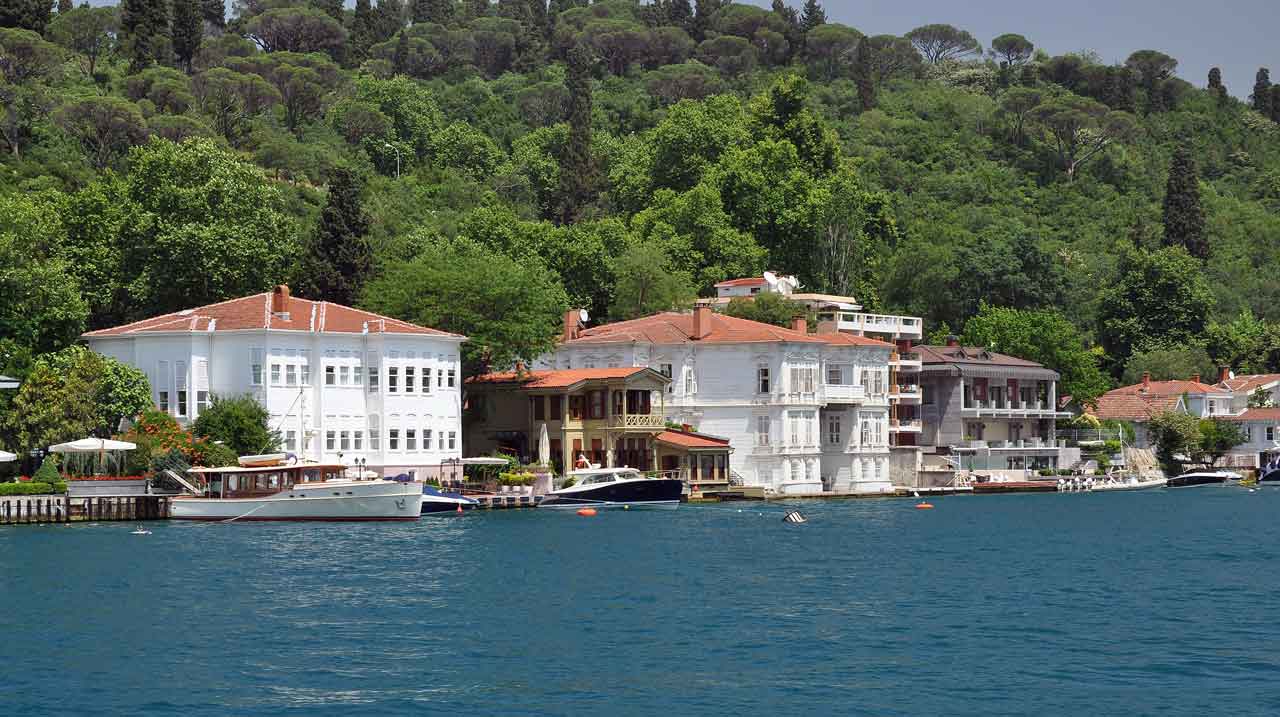 Also known as the Vecihi Pasha Yali, this is the largest yali in the bay. As the first owner of the yali, Vecihi Pasha was the Haremeyn-i iSerifeyn Muhafizi (guard of Mecca and Medine). Vecihi Pasha was also a painter, a poet and a popular novelist. Having served as governor in several provinces, as well as custodial officer in Belgrade and the Hejaz, Vecihi Pasha owned several properties. Known by his name during the pasha's lifetime, the yali was a single-story, low-slung structure. Comprised of two yalis at the time, the harem and selamlik, the structure was spilt up amongst Vecihi Pasha's children after his death. Consequently, the harem and central section was inherited by his sons Aziz Bey and Muhlis Bey; the selamlik section, including the Mihrabat Woods behind it, was left to his daughter, Necibe, who was also the wife of the Ambassador to Berlin, Sadullah Pasha. Necibe presented a major portion of the woods behind the section of the yali to the wife of her son Nusret Bey, Princess Rukiye as a 'coming out' present.

As the granddaughter of Misirli Mehmet Ali Pasha and the daughter of Khedive Abbas Hilmi Pasha, Princess Rukiye underwrote the ruinous selamlik portion of the yali bequeathed to her in the manner we see today. Conducted in 1895, this renovation included repairing the 33-m. long pier and cladding it in marble. During the subsequent period, the yali was sold to Princess iffet, who was the daughter of the brother of the Egyptian Khedive, Ibrahim Pasha. The yali remained vacant when Princess iffet left Istanbul during World War I. It was acquired by Ozdemir Atman in 1957 and renovated to be utilized as a summer-winter residence by the Atman Family from that date onwards. 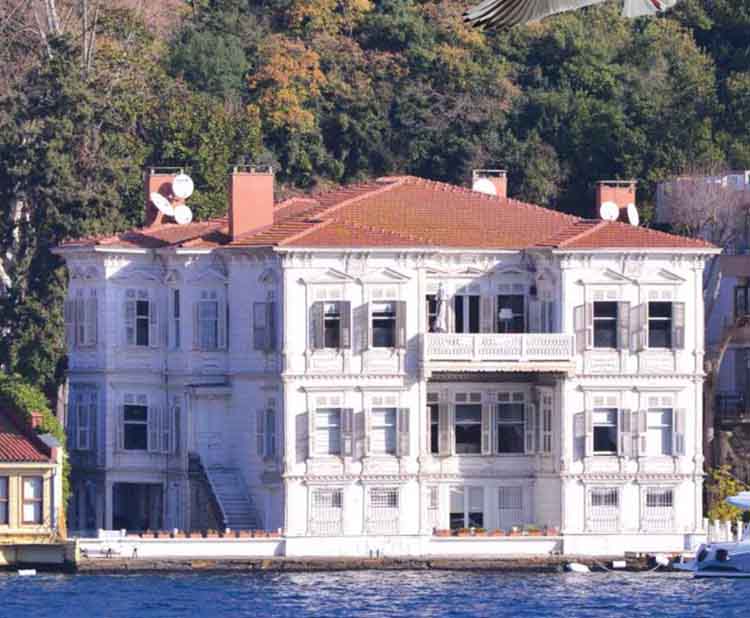 Situated within a 2800-m' this three-story yali was built in the lath and plasterwork style. The central portion is indented. This indented section is found on the balcony of the third floor of the yali, which opens out towards the sea with a wide pier. The marble cladding on the pier was removed prior to the sale of the yali in 1957. There are staircases that lead into the middle floor from the exterior oil both sides of the structure on the façade facing the sea. The bottom floor windows are plain and protected with iron bars, those on the middle and top floors have Venetian shutters. The floors are separated with cornices; we see triangular pediments over the top floor windows, with ledged cornices over the middle floor windows. Some windows are housed in wooden cages. Clad from oak and chestnut, the three floors of the yah were built at different heights. The hall of the central hall-plan type yah is oval-shaped. There are partial courtyards overlooking the garden and bay on both sides of this hall and rooms that open into the hall. The rooms added to the structure during the last restoration were removed and some small additions were recently carried out. The yali's 2.5-meter high ground floor features a courtyard, a bathroom, a service room, a kitchen. a staff room, a staff bathroom. a boiler room, a pantry and a workshop. 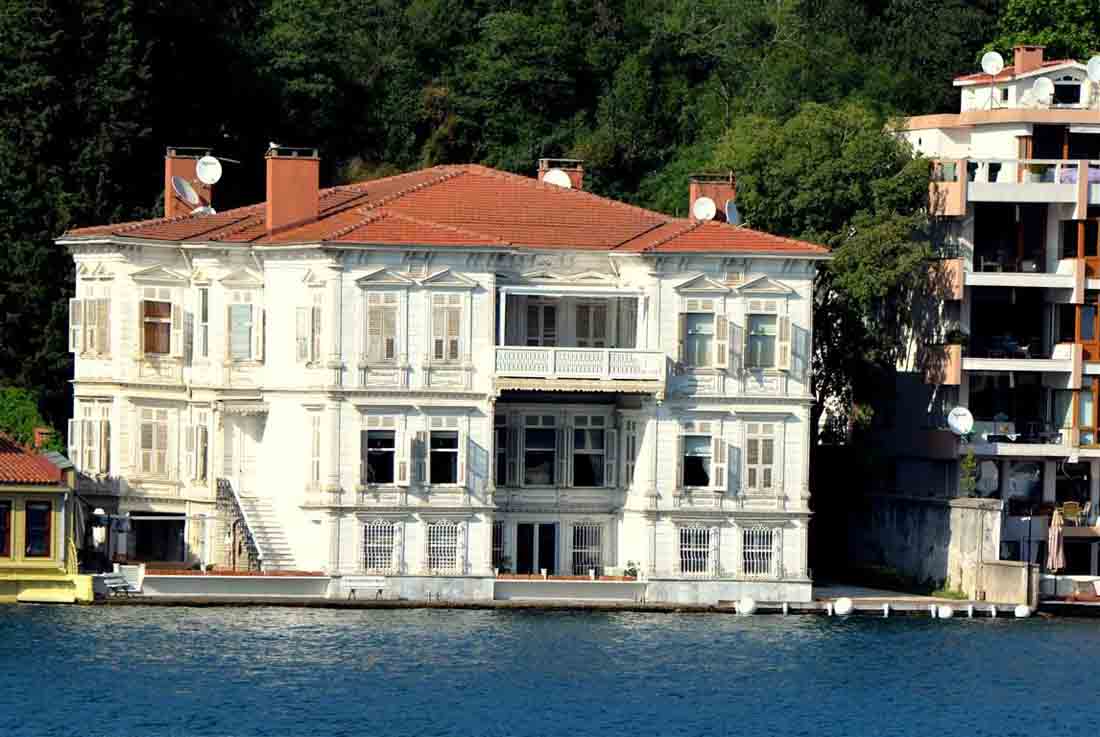 The 3.10-meter high middle floor features a selamlik room, an entry. two rooms, a bathroom a bedroom, a recently added kitchen, a staircase, a room and a recent bathroom addition. At 3.5 meters high, the upper floor features three bedrooms, three bathrooms, a living room, a recently added kitchen, a dining room and two balconies. The wood craftsmanship on the ceiling hub of the structure's selamlik reception room is striking. The embroidery seen on the upper floor as well as the embossed wooden arrowheads seen in another room comprise of the yah's decor. Vacant at the time of its acquisition in 1957, the gall was furnished with items purchased from other yaps. The chandeliers that were previously removed and sold off were found, reacquired and hung from the floor staircase ceiling. Having undergone several renovations, the building maintains its pristine appearance as it as one of the most graceful structures of Mihrabat Bay.