This mosque, near the Spice Bazaar, has one minaret. There are rows of shops surrounding it. The centrally planned mosque stands on the top of depots. 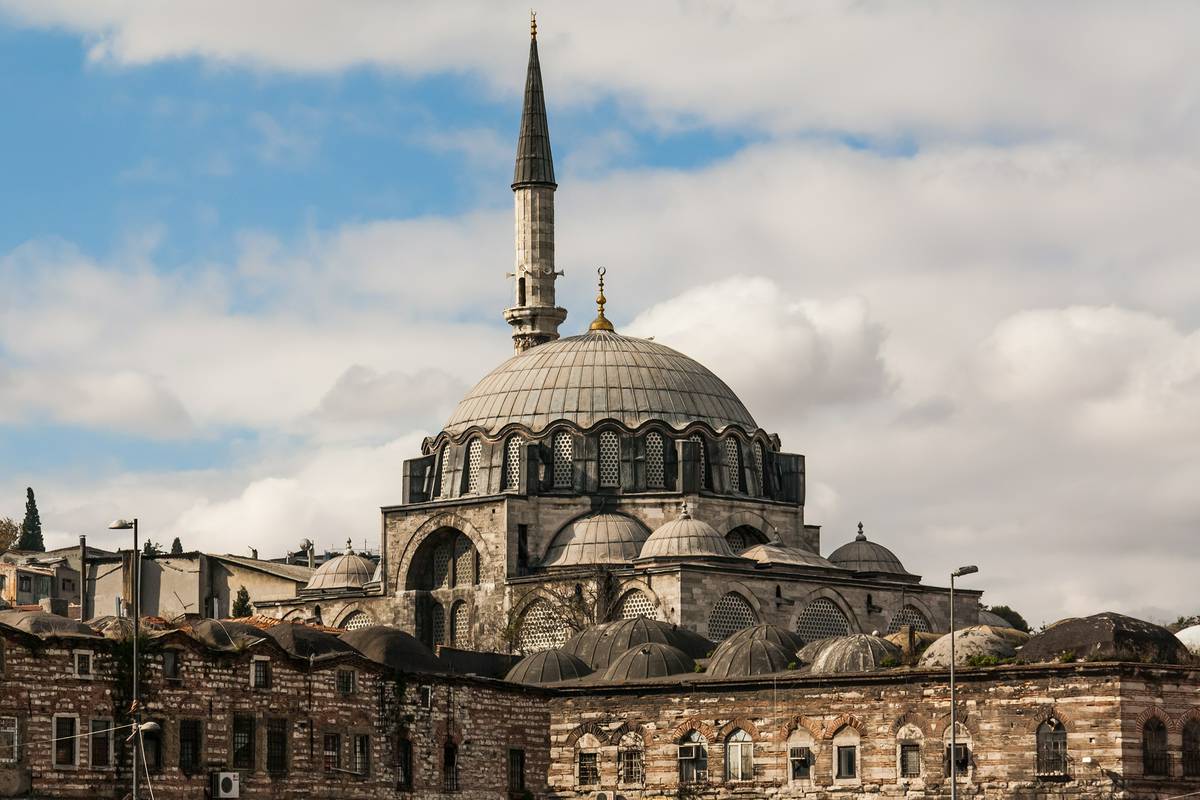 It presents a very beautiful appearance in the middle of one of the city's most active trade districts, with the Suleymaniye mosque rising behind it. The mosque was constructed in 1561 by the great architect Mimar Sinan, commissioned by the Grand Vizier, Rustem Pasha. 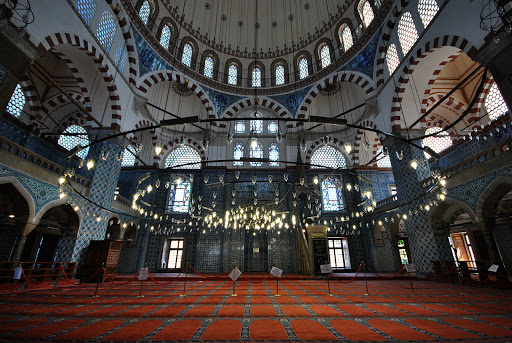 Built on top of shops, the mosque is reached by curved staircases, on each side. The courtyard has an interesting architecture. There is a small terrace covered by five small domes. The main dome rises from four feet across from each other with two columns beside each foot. The corners of the square building are surrounded by four half-domes which support the main dome. 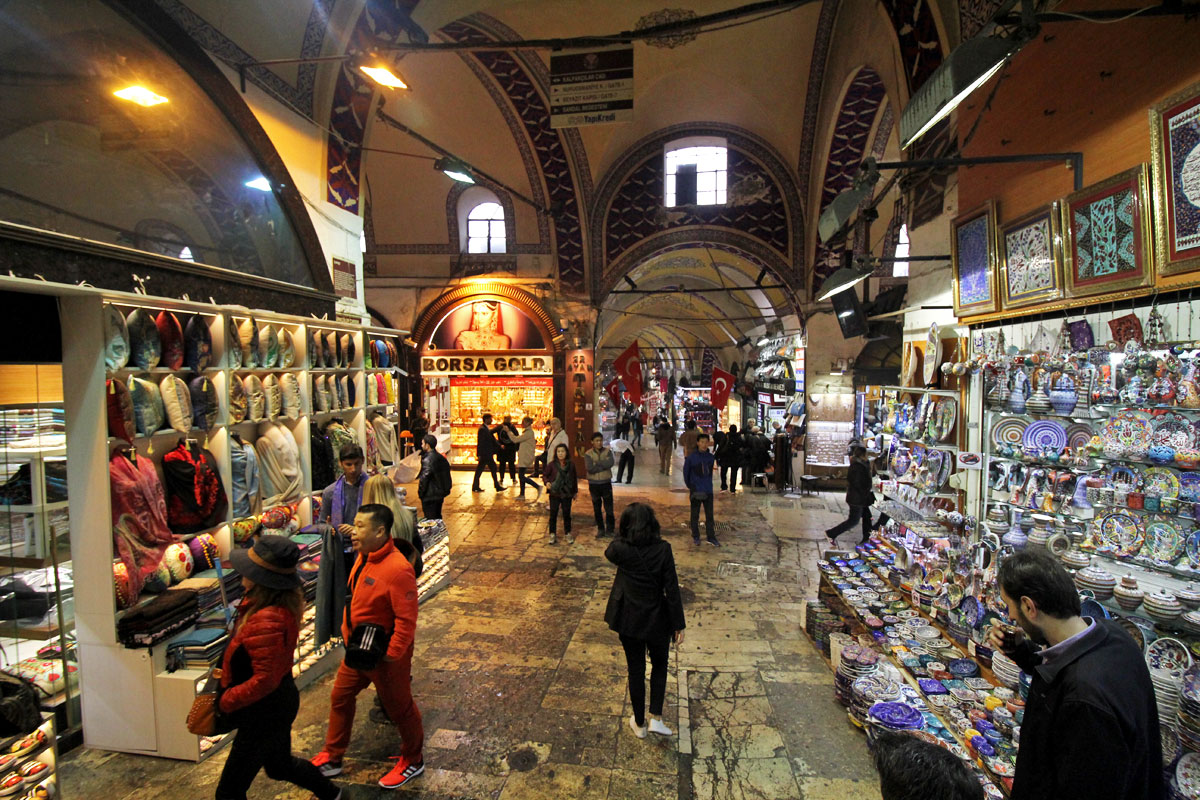 Behind the columns on both sides are galleries. The front entrance and the walls of the small, but appealing interior are decorated with examples of the most famous Iznik tiles of the era. With their geometric leaf and flower designs, they resemble a colourfull flowers garden. Raised like a relief, the coral red colour in the tiles was used only for a short time in the sixteen century. 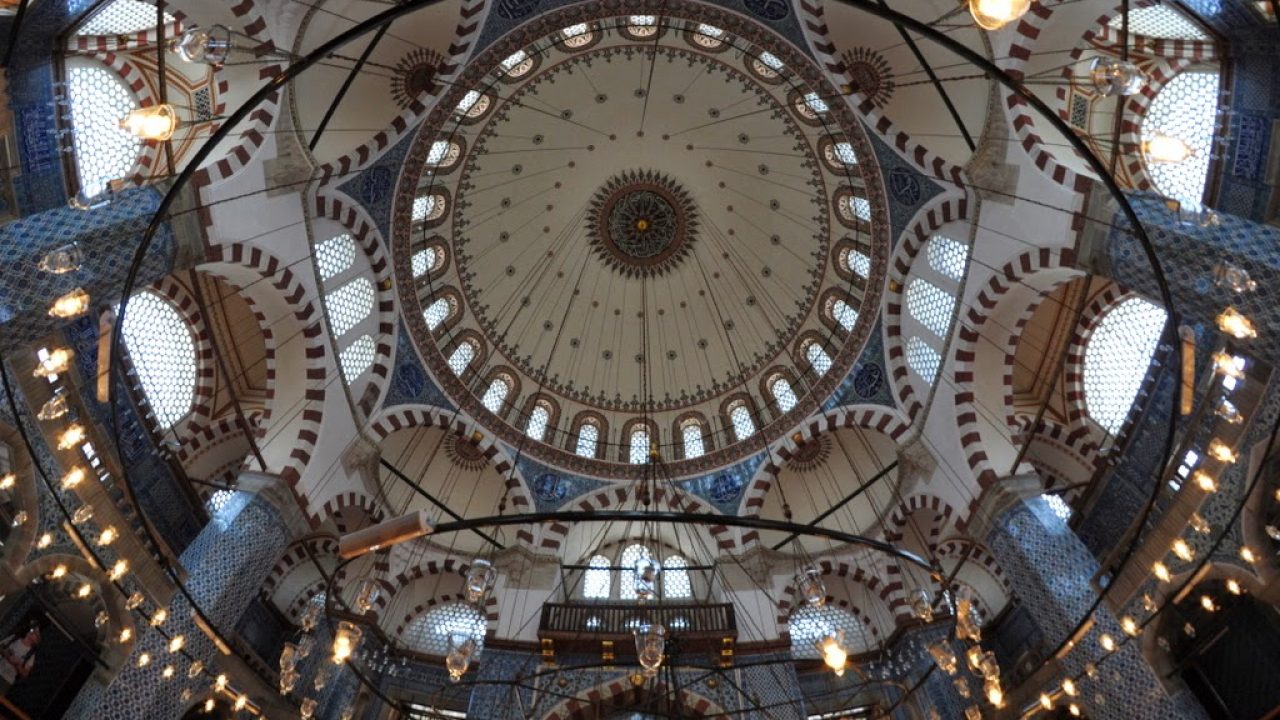