This fountain is one of the most beautiful examples of 18th century public square fountain/water-dispensing kiosk. There is an interesting folk story about its origin. 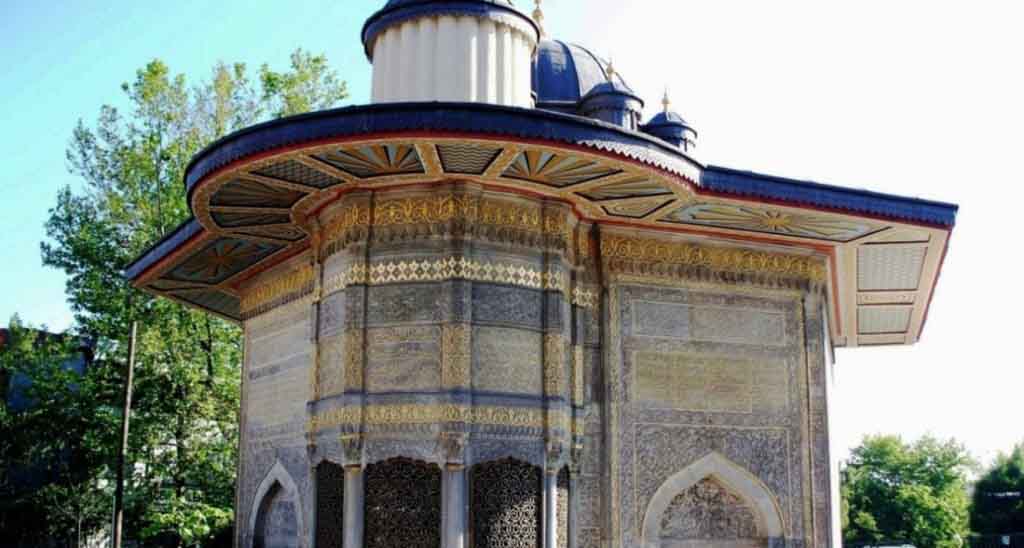 THE SALIHA SULTAN FOUNTAIN IN AZAPKAPI

Valide Sultan, wife of Mehmet IV and mother of Mustafa II, was riding in her carriage one day when she happened to see a small girl weeping beside the fountain. The child was holding the handle of a broken water jug. When Valide Sultan called the child and offered her Money she did not accept, and with maturity beyond her age said, "I am not crying because of my broken jug but I did not fulfill my duty of bringing water home." These words impressed the Valide Sultan so much that, she asked her staff to get in touch with the family to let her come to the palace. This girl called Saliha grew up, and became the wife of Mustafa II, eventually. 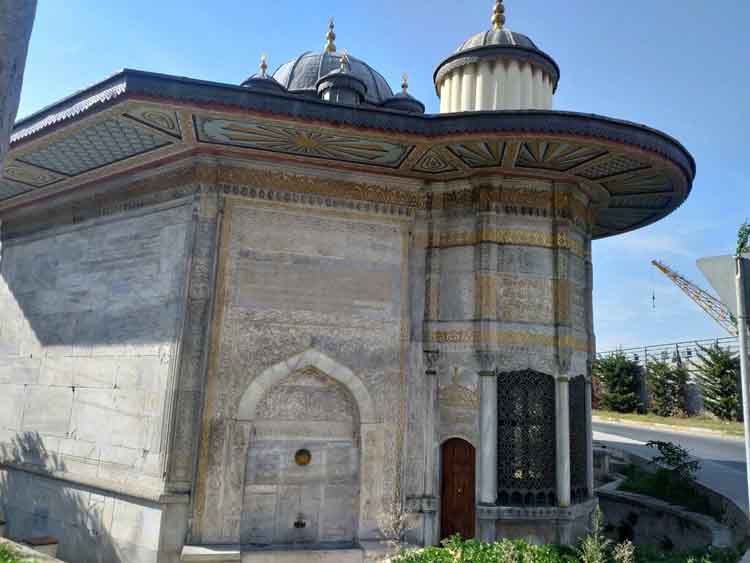 Saliha Sultan wanted to have a magnificent fountain built at the site of the little fountain where she had broken the water jug. Her wish was fulfilled by her son, Mahmut I, when he came to the throne in 1730. According to the style of the Tulip Era, the fountain has a rounded kiosk in the center with fountains on each side. Made of marble, the kiosk and fountains are ornamented with splendid flower motif designs. 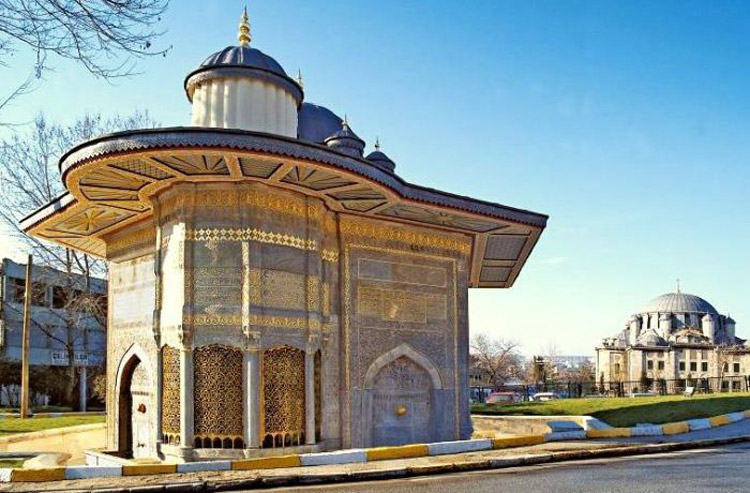 Called the "Galata Fountain" by western sources, the European artists have been inspired by its beauty. It was partially torn down during repairs in 1910, followed by World War I. The fountain/kiosk was left in a neglected state for years. Photographs of the fountain in the 1940's show that it had no roof The second restoration came in the years 1952-53. In 1957 the school which had united the fountain and the kiosk was torn down, leaving the kiosk on its own.

Today a main thoroughfare runs directly in front of the fountain, making it lose its characteristic of a public square fountain. The bottom of the fountain is below the street level, making it appear strange in its environs. 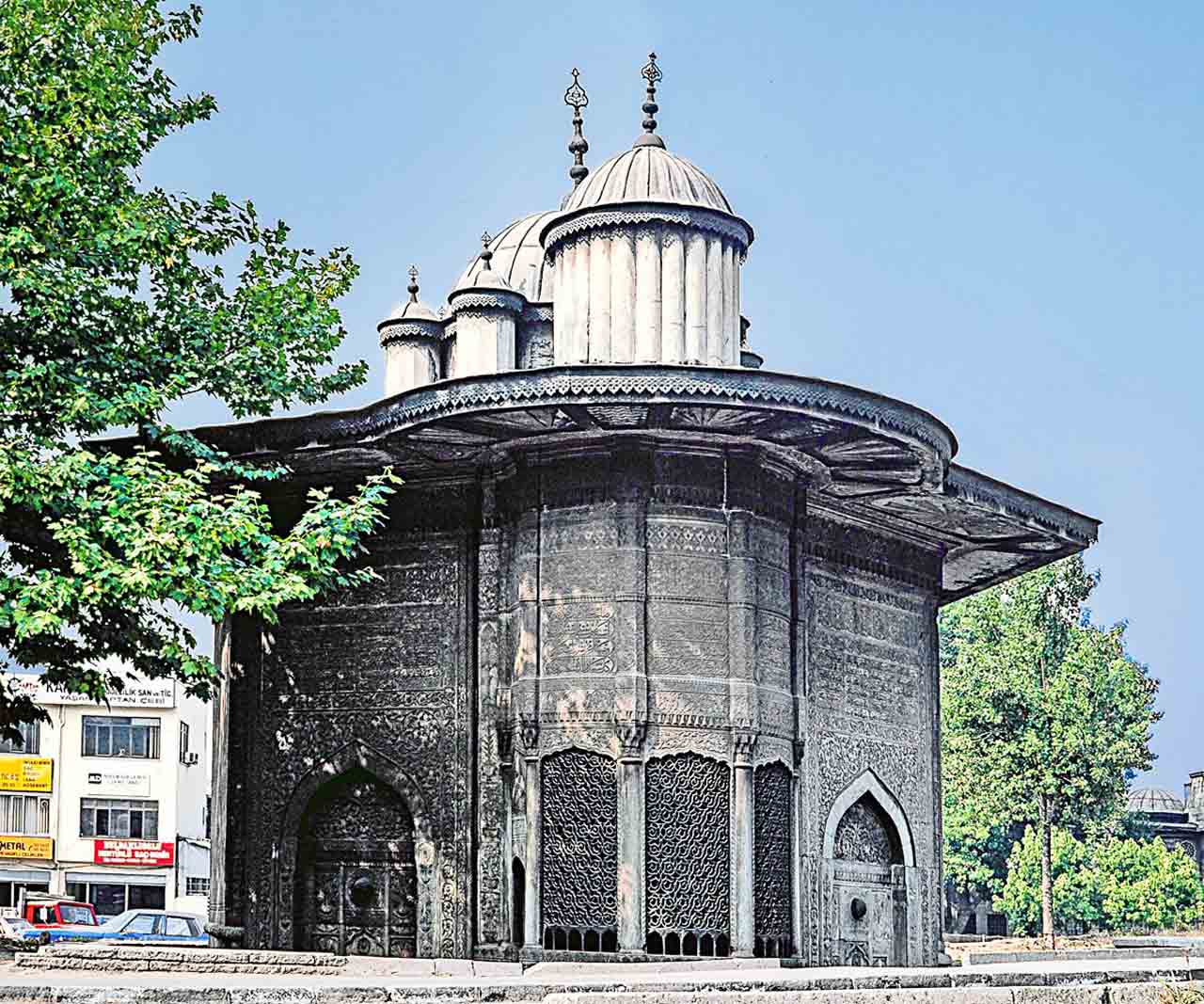