The Aquaducts And Cisterns in Istanbul

Water shortage has always been a problem in Istanbul. There ere no rivers near the peninsula, and the springs in the city were never adequate in answering the demand. Therefore, the emperors and the sultans later always had to find new ways to satisfy the demand for city water. 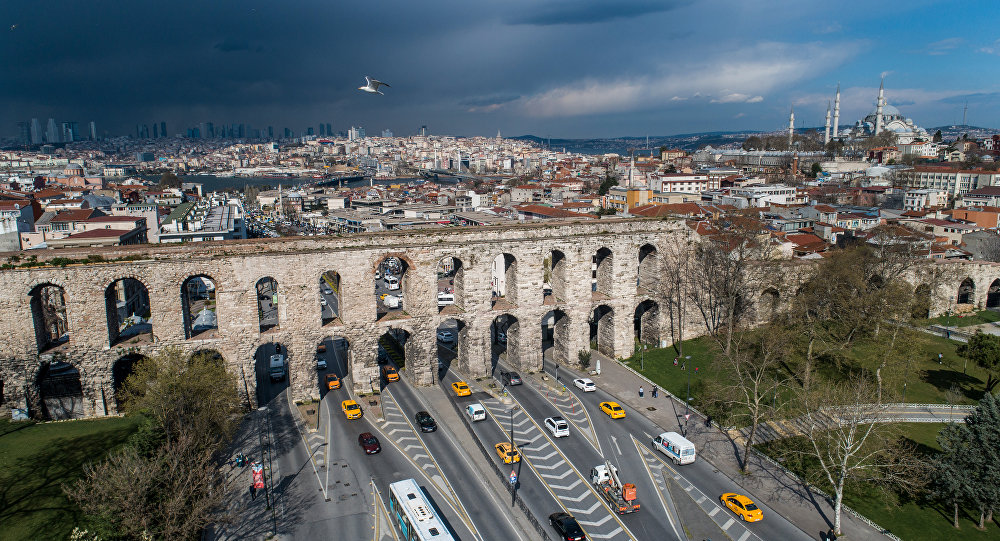 The water supply system in Istanbul is quite interesting. Today the old water supply system as well as new dams and three lakes built nearby supply water to the heavily populated city. Networks of pipes and aqueducts used to bring water from dams as well as cisterns built in every favourable location are supplemented by huge reservoirs.

However, in the old days water was supplied by three large cisterns from which it was distributed to the fountains of the city. Later when these huge reservoirs were outdated, they were turned into vegetable gardens. The smallest of these reservoirs, the one near Edirnekapi, was called 'Aetius' 244 meters by 85 meters and today it serves as a stadium. The one near the Sultan Selim Mosque is called Cukurbostan (the Sunken Garden), and is a 152 square meters on each side. The Hagios Makioe Reservoir is 170 m. by 147 m. and 15 meters deep. It is located to the South-west of the city, near the center of the Laleli district. 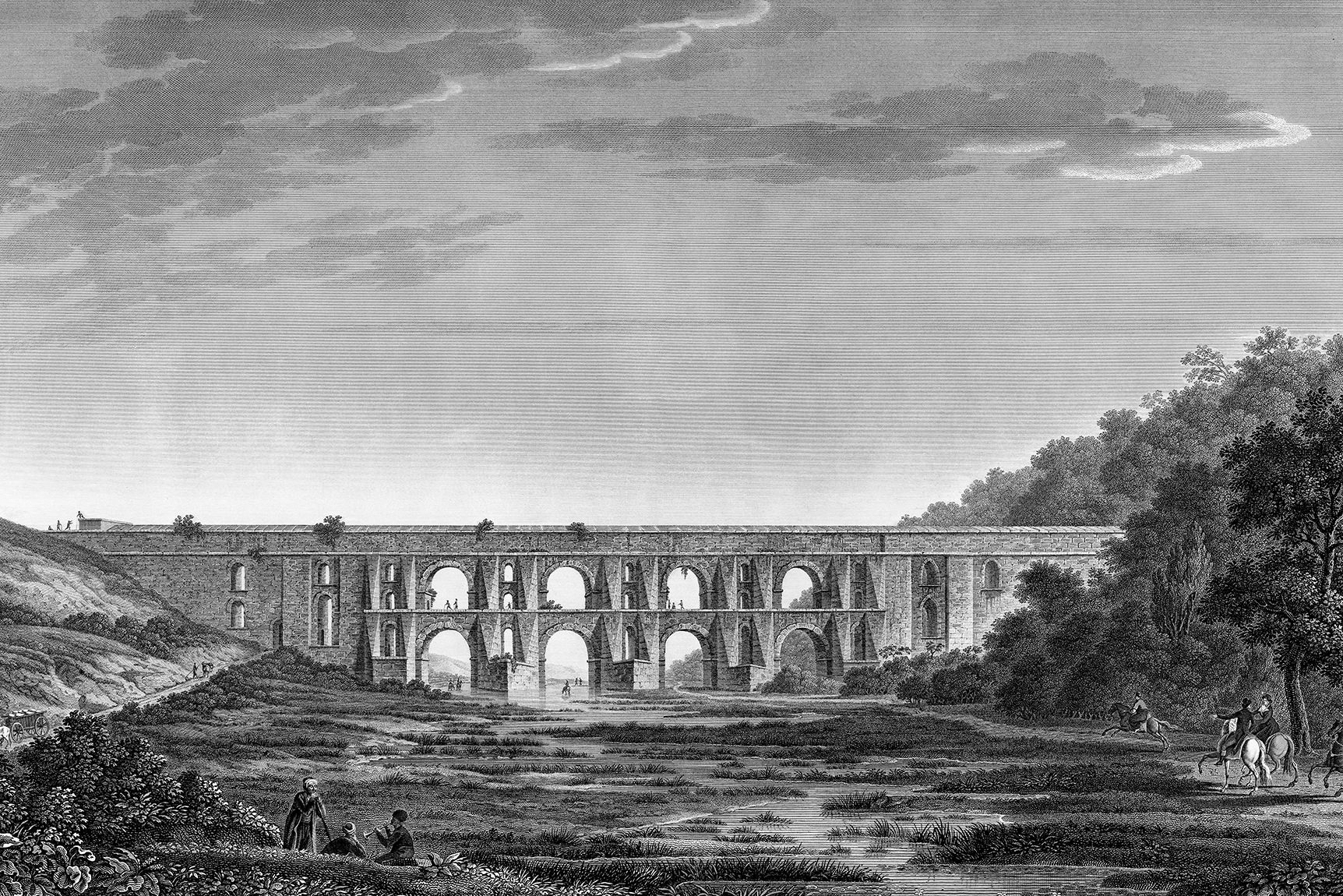 There is another open cistern measuring 127 meters by 90 meters near the racecourse situated outside the city walls in Bakirkoy district. It was built with bricks and mortar as a pool above ground and reinforced outside to withstand water pressure.

The Aquaducts of Valens

A magnificent Roman Aquaduct crosses the Valley between the third and fourth hills of the city. It was constructed in the late 4th century and dedicated to Emperor Valens. It is known as the Bozdogan Aquaduct. A large section of this one kilometer long Aquaduct has two tiered arches. This magnificent example of roman architecture used to supply water to the fountains in Beyazit Square area.