The British Palace called "The Pera House" at Tepebasi, is like a miniature of Buckingham Palace. A great fire which broke out in Pera in 1831 burned all of Pera to the ground, including the British Palace which had been completed in 1803. 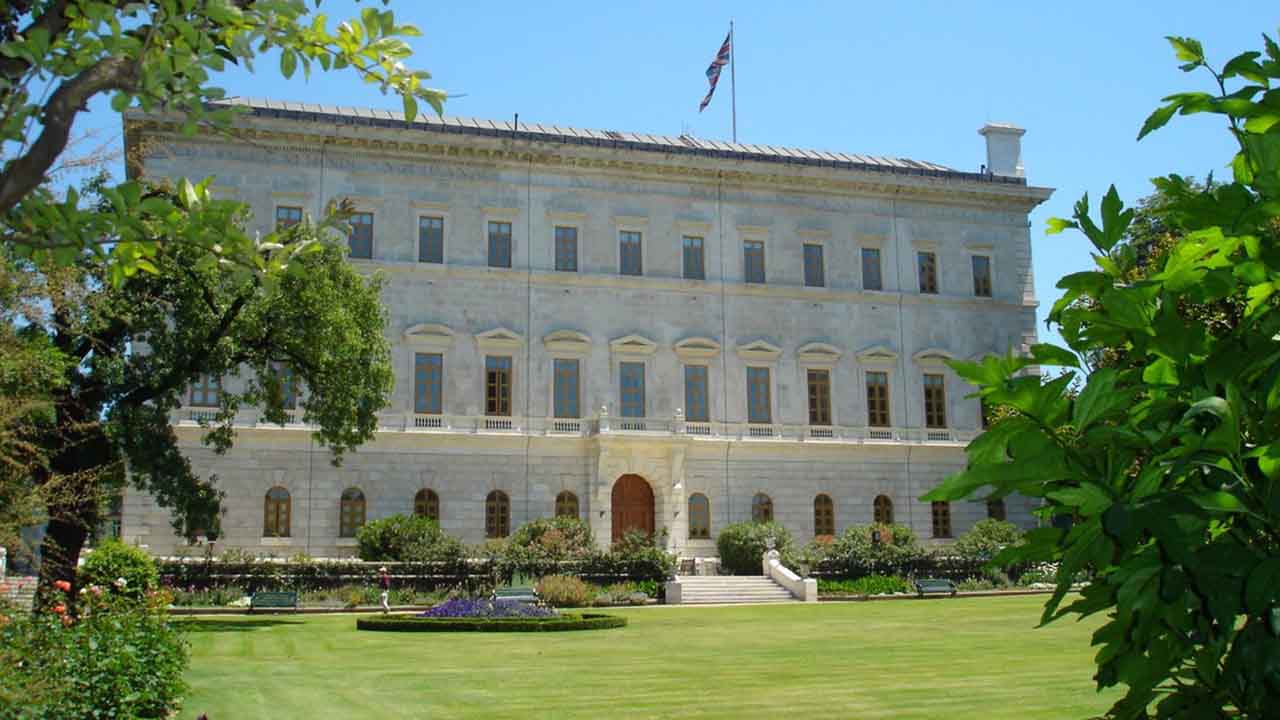 For some time, it was debated where to rebuild the palace, in Pera or Tarabya. With the help of the Ottoman Government plans were drawn up for today's palace by the architect WI-Smith, with changes made in 1847 and 1848 by Sir Charles Barry. 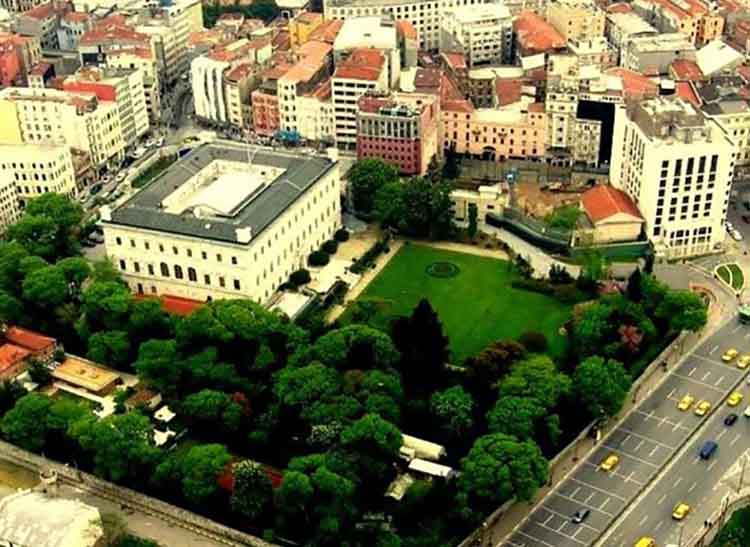 The architectural project reflected the Anglo-Italian, rather than Classical Greek style the outside appearance of the palace is indeed splendid. The backyard is large enough to host a garden party for 800-1000 people. The most important one is held in June each year, to celebrate the Queen's birthday. Green grass is encircled by roses; dishes of the traditional strawberries-and-cream are laid on the tables. The cost of the British Palace and its furnishings was much greater than any other British Embassy. In 1850 the expenses had reached 83.765 pounds. After restoration of the Palace in (1856) it was reopened with a grand ball. The ruler of the Ottoman Empire, Sultan Abdulmecit personally attended the ball. Another great fire in Pera on June 6, 1870 badly damaged the palace. However, this time with the effort of the ambassador, Sir Henry Elliot, and his staff the building and its contents were saved.

The main entrance to the palace, leads to the beautiful marble stairs to the second floor, which is surrounded by corridors in a rectangular shape. It is an unusual architectural style. From the corridors one can look down on "Palm Court", a central courtyard on the ground floor. There are Grecian columns in the Reception Room, which overlooks the Golden Horn. The furniture in the reception rooms is 18th century English. The main reception room has sofas and chairs in Louis XVI style. The palace contains some ancient Persian rugs as well. In the ballroom there are two crystal chandeliers, each weighing 400 kilos. These magnificent chandeliers were made by English firm "Messers". After the terrorist bombing of the building in 2000, the chandeliers were dismantled, sent back to the original firm for cleaning, they were reinstalled in their places. Each chandelier holds more than 100 light bulbs and has to be lowered by special crane for cleaning.

There is an interesting story behind the chandeliers. In 1854 two trucks loaded with giant chandeliers set off for the British Embassy in Moscow. Because of the Crimean war they were stalled in Istanbul, unable to proceed. The restoration of the British Palace had just been completed; this the chandeliers were given to the palace.