The Ciragan was used most extensively by Sultan Mahmud 1784-1839 with all the pomp and splendor of his reign. Mahmud would spend his summers here Finding the space inadequate, he had new palatial apartments built behind the palace.

However, he had plans to make this palace not merely a summer lace, but large enough for year-round residence. These plans were to be realized toward the end of his reign. Until this time the Ciragan had been considered a small summer palace and waterside mansion. Now with its true size and its true function, it would be given the characteristics of a seaside palace. 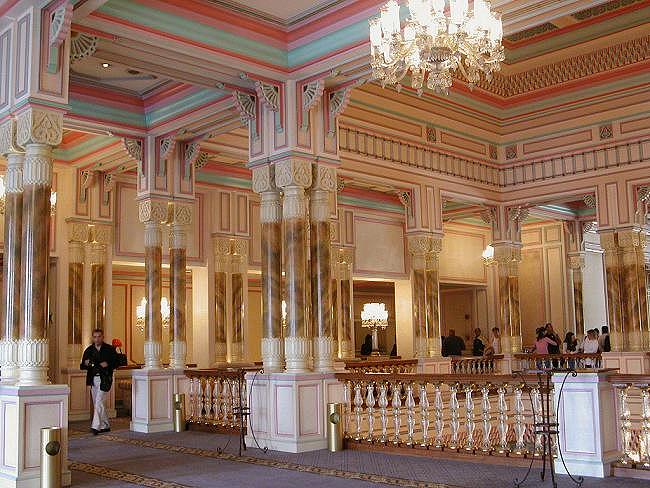 Ottoman history recognizes the role of Sultan Mahmut II in introducing many fundamental changes and improvements in architecture, initiating 'natty advances in construction, giving it a more modern appearance. Site first Ciragan Palace was a product of this new and different philosophy, in design and function contrasting with the traditional Topkapi Palace. In concept the old Ciragan was the first modern palace on the table-chair design. It was a construction with a triangular pediment, ionic column tops, marble parapets on the roof and many rows of columns. 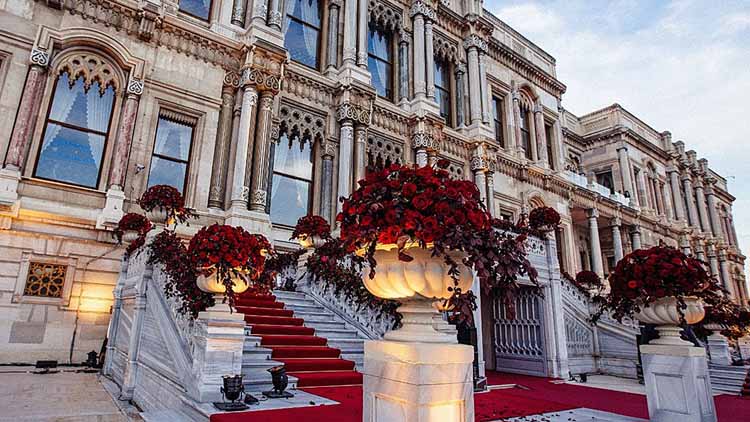 These classical elements were combined with elements of western architectural forms and ornamentation. The new palace was suitable in style to the era in which it was built. It clearly presented a Western, neo-classical, imperial appearance. Yet the interior and exterior wooden paneling gave it an appearance unique to Ottoman architecture. When Sultan Abdulmecit came to the throne, the "Old Ciragan Palace," which his father had commissioned, was almost finished. After its completion in 1841, it became the most used palace during much of Abdulmecit sultanate. Until he moved to Dolmabahce Palace in 1856, almost all of Abdulmecit children were born in this palace. Murat Vin 1840, Abdulhamit II in 1842 and Mehmet Resat V were all born and raised in the Old Ciragan Palace. During Sultan Abdulmecit's reign the Old Ciragan Palace was witness to many important meetings and ceremonies. It was here on September 25, 1853 that the Ottoman Empire declared war on Russia and entered the Crimean War, one of the great wars of the 19th century. On August 7, 1854 the wedding ceremony of Sultan Abdulmecit's daughter, Fatma Sultan, and Ali Galip Bey, was held in this palace. Ali Galip Bey was the son of Mustafa Resit Pasha, who had played a great role in the Ottoman political reform movement called the "Tanzimat. " During the reign of Sultan Abdulmecit the Ottoman Empire entered a financial crisis that would deeply affect subsequent periods. The construction of various palaces in addition w Dolmabahce Palace Namur Kiosk, the Goksu pleasure palace, the Adile and Fatma Sultan palaces forced the National Treasury into great debt. At this time the Ciragan Palace was torts down its 1857. A new palace was to have been erected in its place. However, Sultan Abdulmecit request for the construction of its new palace at crags was turned down by Sadrazam Ali Pasha on the grounds of insufficient funds in the Treasury.


Note: After the Ottoman Empire moved its quarters to Dolmabahce Palace in 1856, the Ciragan Palace was used as a Grand National Assembly building. Left its ruins after a great fire its 1910, it was turned over to the Ciragan Palace Kempinski Group, who run a hotel adjoining the palace. 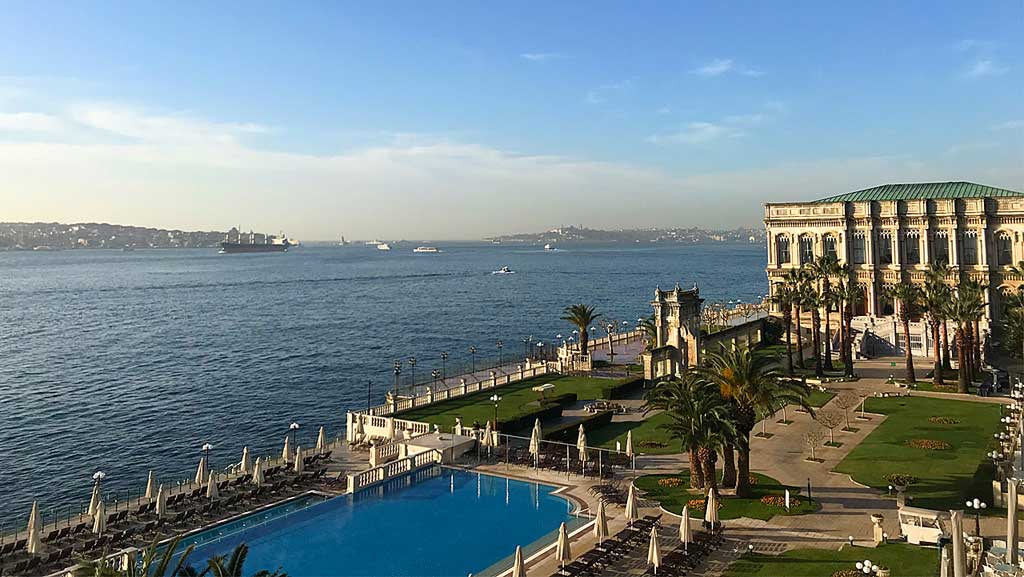 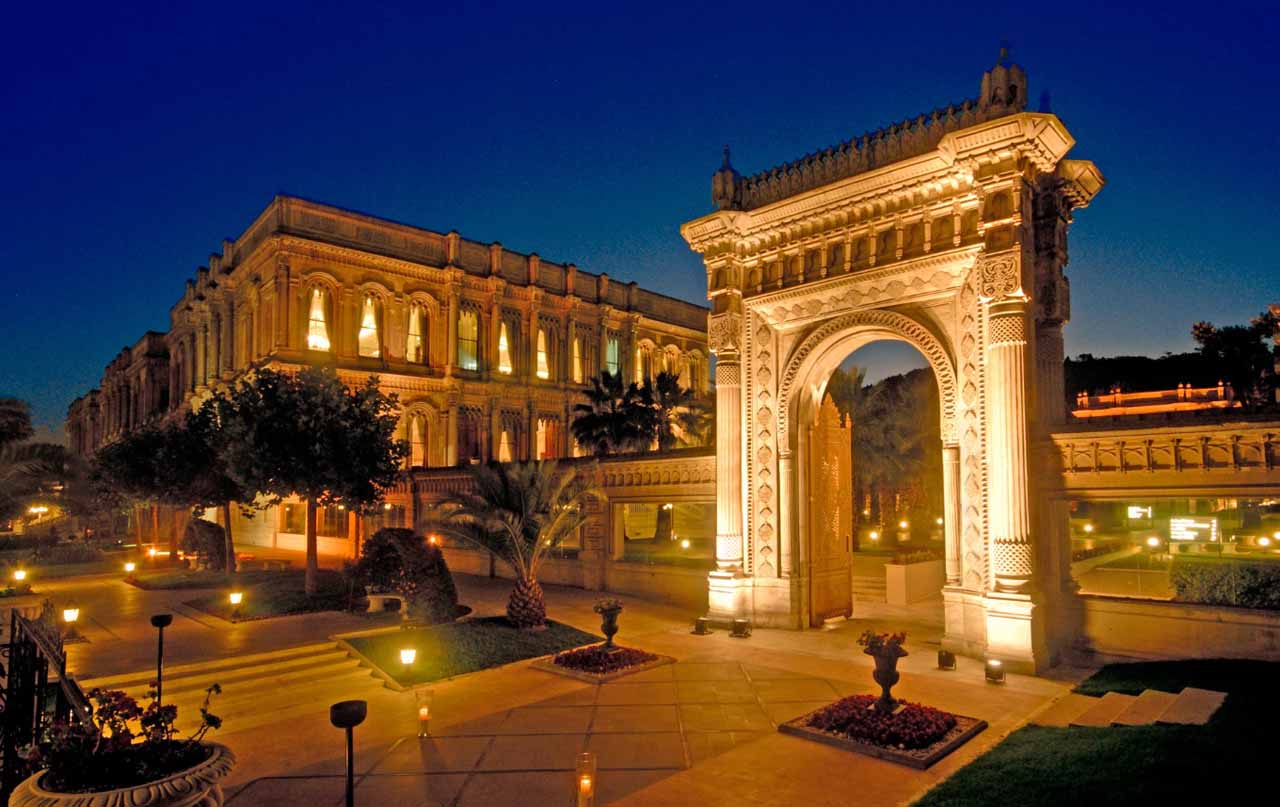 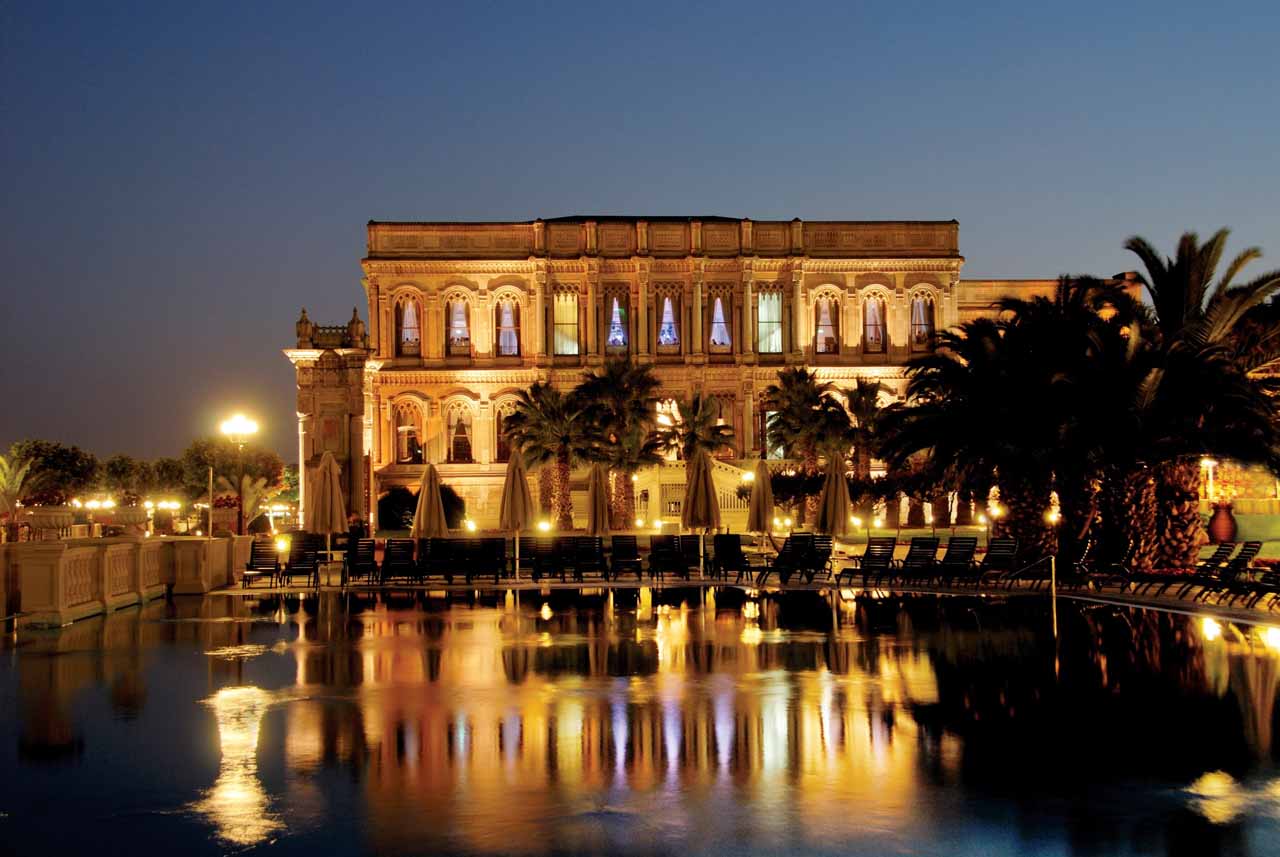 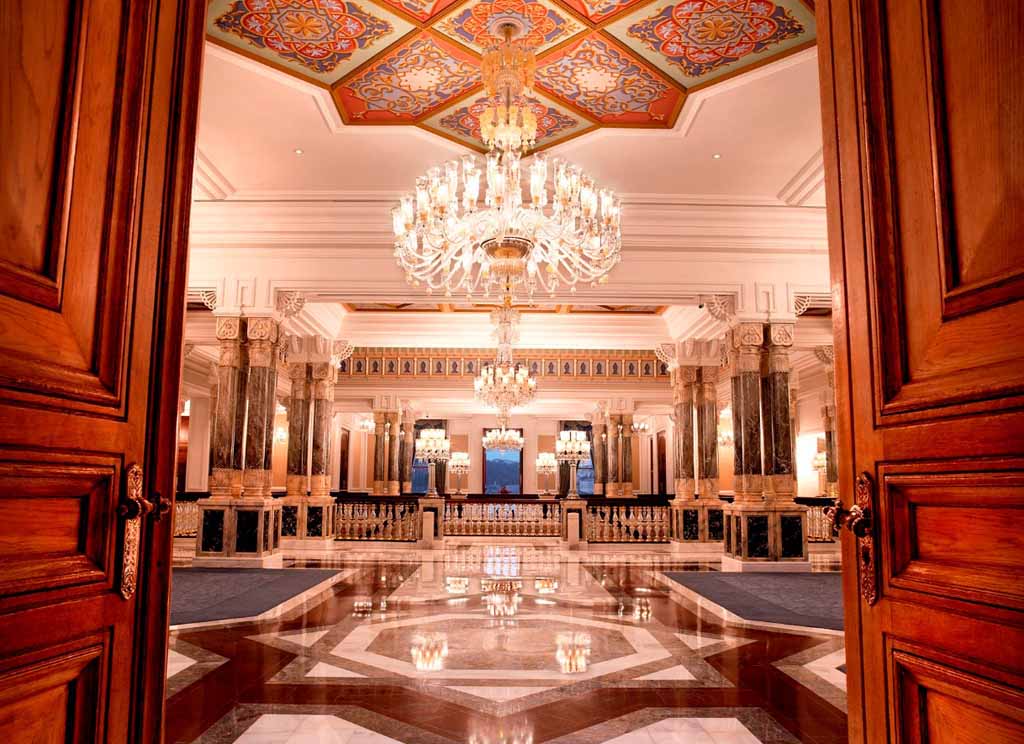 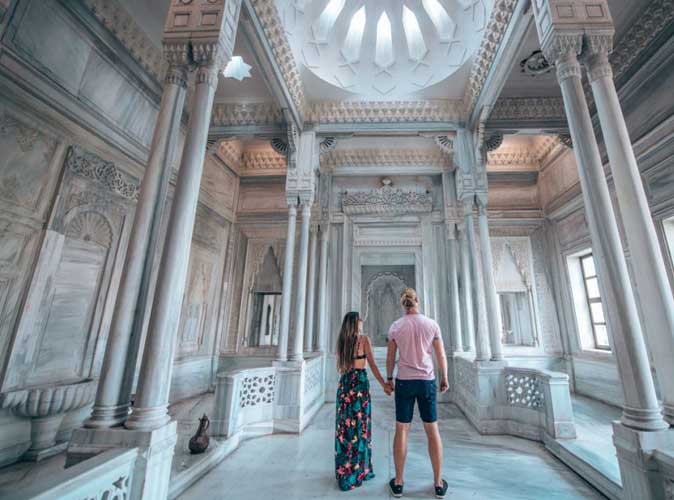 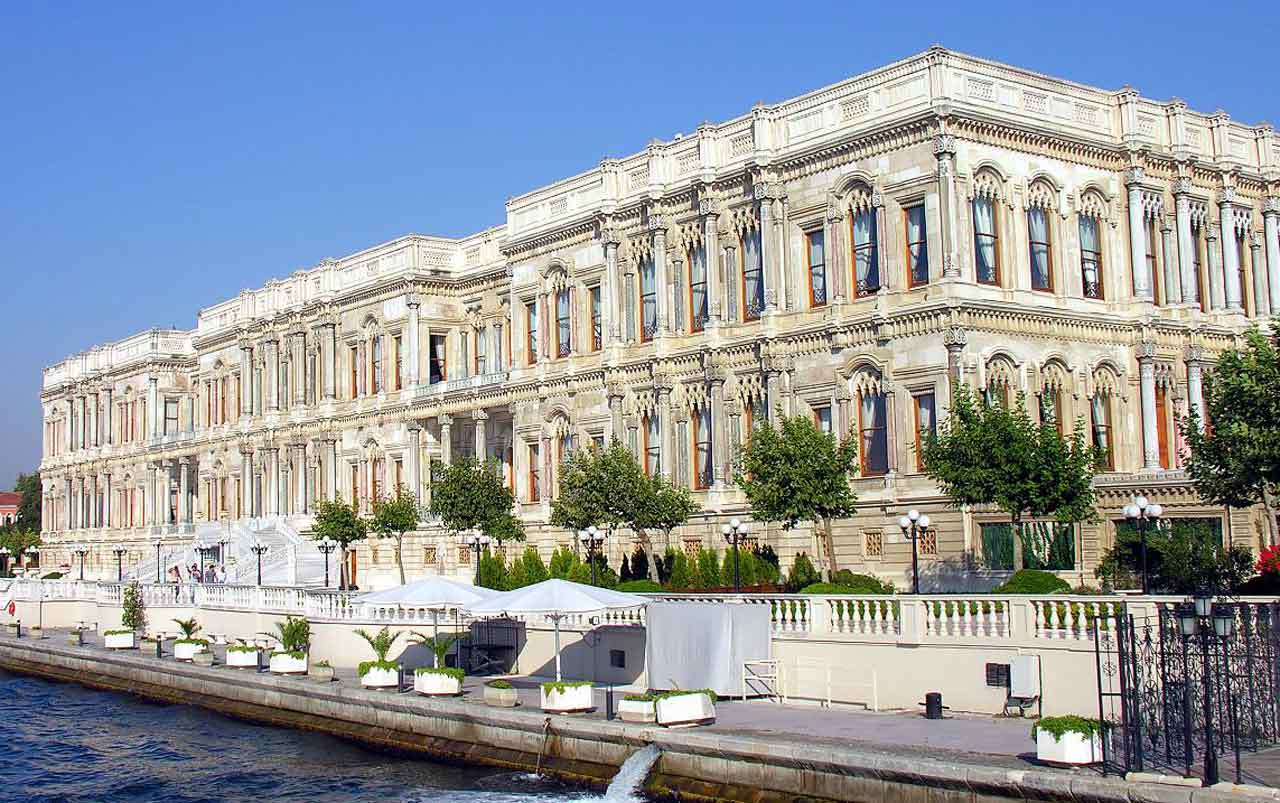