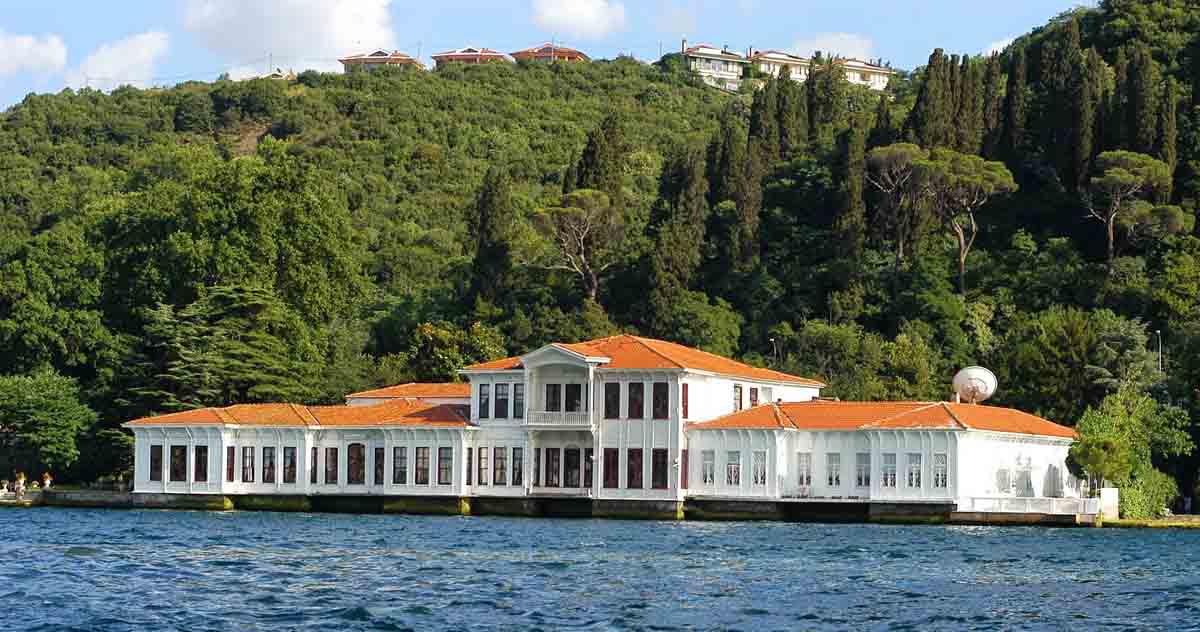 For that reason, the yali is often referred to as the "Black Vizier Yali." The building is made of the harem section (for the women) and Selamlik (for men). The sea shore of the yali is 65 meters long. Inside there are three long halls facing both sea and land. They are each 24 meters long. The hall, through which one enters the Selamlik, has a seven-meter-high dome. The living room on the lower floor facing the castle is 17.5 meters long. There are low windows and a door opening into a winter garden. However, the low windows were closed up during a renovation.

The winter garden has remained from the 18th century, and there is a sprouting pool ornamented with cluster and leaf motifs. The long hails are not the same size. The largest is on the side of the garden and resembles the middle one. There are big open-mended, vaulted rooms separated by columns above the sea and garden level. The middle hall is a two headed inner hall type, and on both sides, separated by a column, side rooms have been added. the upper floor is reached by a circular stairway. The Last- floor is the same as the first, only smaller, in the fine corners of each hail are small rooms. In addition to the first section there is a large summer hail ending at the winter garden with a pool. All three sections face the slanting dock. Each is slightly behind the other, creating a lively appearance all the rooms have beautiful view. Consequently, the three hails, each about the same in value and size at the time they were made, can become three separate houses. 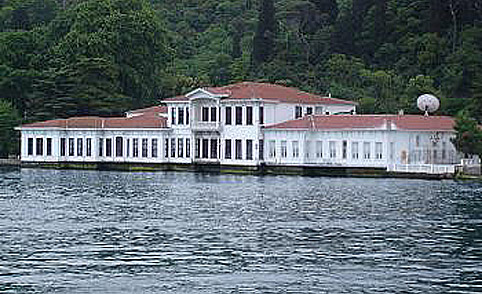 The final design was reached in the 1 9th century. The largest room of the building with a living wow to the north which was added on in the 19th century is 144 square meters. The empty part of the outside is a little larger than the full part. The average width is 27 meters; the land itself at the time of Mustafa Pasha of Cyprus, was 40,000 square meters. Aside from the 25,000 square meters reserved for the beach area, the garden is 12,000 square meters. The land of the yali extends up to the hills behind it. Even though the twos storied front isn't the same as original because of repairs, it still retains its true harmony after the renovations. The three sections along the shoreline are Selamlik, Mabeyn, and Harem. The rooms of each department open into the middle hail. The halls connect the sea and the garden. The openings are vaulted, with columns and high ceilings. In contrast to typical Ottoman yali design, these columns and ceilings reflect foreign influence.