This historical fountain 15 located in Sultanahmet square across the tomb of Sultan Ahmet I.

This historical fountain 15 located in Sultanahmet square across the tomb of Sultan Ahmet I. It was a present to the sultan and to the city by German Kaiser Wilhelm II. Made in Germany, in the neo-Byzantine style and ornamented inside with gold mosaic it was erected in Istanbul in 1901. 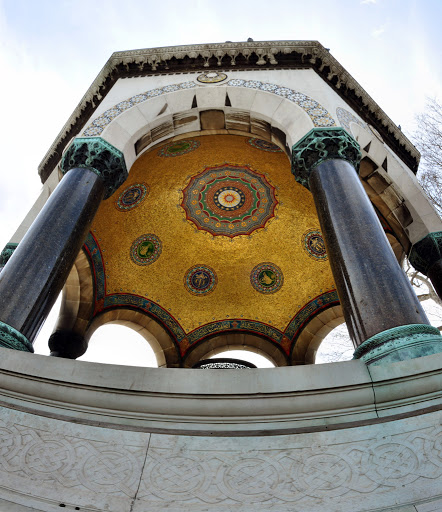 The German Fountain was dedicated to Kaiser Wilhelm II in 1898 on the second of his three visits to Turkey. The design of the fountain was sketched by the Kaiser's special advisor, Architect Spitta; the construction was supervised by Architect Schoele. The German Architect Carlitzik and the Italian Architect Joseph Antony also worked on the project.

First the Hippodrome area was prepared, planting trees in the square. Later, the fountain which had been constructed in Germany, and shipped to Istanbul was set upon its foundation. The fountain was a magnificent work of marble and valuable stones. The construction began in 1899and the erection was planned for Sept. 1, 1900, the 25th anniversary of Sultan Abdulhamit's accession to the throne. However, it was not ready by that date, instead the magnificent opening ceremony took place on Kaiser Wilhelm's birthday, January 27, 1901. 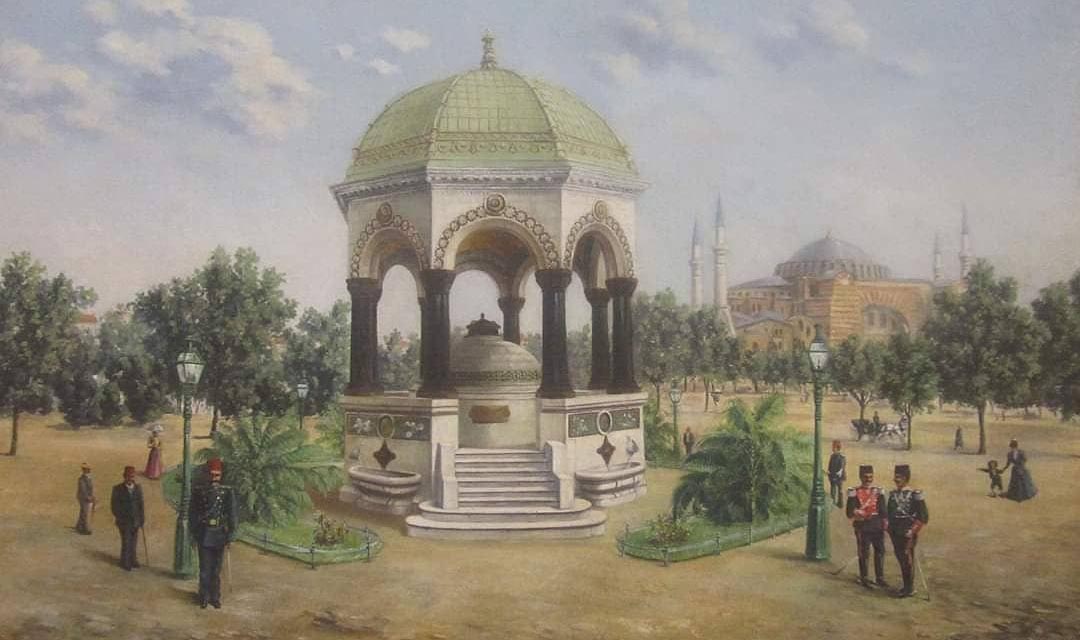 The German fountain resembles neither European fountains with statues nor Ottoman fountains. It is set on a high base and is octagonal in shape. Above the water reservoir is a dome supported by eight columns. There is a medallion on each of the "Pantiflere" of the arches connecting the columns.

Inside four of these medallions on a green background is Abdulhamit's signature (TUGRA); inside the other four on a Prussian blue background is the symbol of Wilhelm II, the letter "W" with the number "II" under it. The fountain is covered by a magnificent dome supported by dark green columns. There is a bronze inscription in German, which says, "Kaiser Wilhelm II had this fountain dedicated in the autumn of 1898 in gratitude to his Majesty Abdulhamit II". There is also an inscription in Ottoman,which is a couplet of Ahmet Muhtar Pasha, who worked at the Ottoman Ministry of War and was also a poet. It was inscribed in Arabic script by Izzet Efendi.