During the waning era of the Ottoman Empire, dynasty members vacated the palaces which were subject to stifling, strict rules to live in spacious structures built along the shores of the Bosphorus.

These belonged to the daughters, sisters or nieces of sultans who were traditionally married off to top-level administrators of the time. Besides giant structures such as shoreline palaces, examples which also comprised of elegant yaps were sequenced along the shore north of the Ortakoy Mosque. 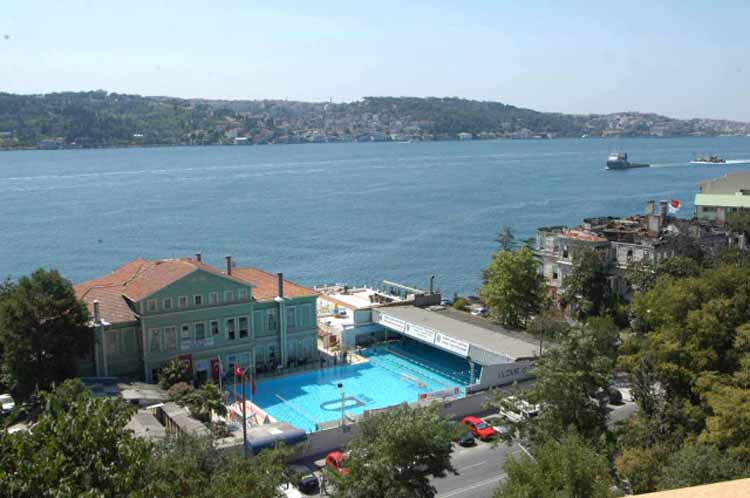 Of those marvelous structures belonging to lady sultans, only one, named after Hatice Sultan, still stands. Located in the Ortakoy district, this yall once belonged to Ali Saip Pasha; it was subsequently transferred to Hatice Sultan under unusual circumstances. Born in 1870 as the daughter of the deposed Sultan Murad V and his third wife, Lady Sayan, Hatice was one of history's many female victims. She was still unwed at the age of 31, and pleaded with her uncle, the new sultan Abdul Hamid II, to let her marry. The husband he found for her was an ugly old man, so, perhaps to get her own back, Hatice embarked on an affair with her cousin, Naime Sultan's husband, Kemaleddin Pasha. Inevitably, Kemaleddin was forced to divorce his wife and was sent into exile. When Abdul Hamid was, in turn deposed, Kemaleddin returned and proposed to Hatice who refused him in favor of an ordinary but handsome man called Rauf Hayri Bey.

When the Ottoman dynasty was sent into exile later on, the yali was first used as an orphanage, then as an elementary school. Later on, the yali was transferred to the Property Provincial Special Administration and served as the Swimming Specialist Club venue. In 2006, the yali was leased for tourism-related activities with the condition that the adjacent Naime Sultan Yall be restored to its original state.

With its non-extant auxiliary building, the pavilion situated towards the rear, the garden and wooded area rising as high as the slopes behind the road, the only section of this complex still intact is the shore house portion. The Neoclassical styled, wooden and plasterwork yali is comprised of two floors. It features a front hail entry door with four wooden columns in the center of the façade that moves with protrusions. While convex windows are seen in the upper and lower floor of this section, the two side windows were made in a cornered fashion. The structure has plenty of windows, with wooden panel decorations on their upper and lower portions. Two halls on the south and north sides of the structure. which has a protruding room in the front: there is also a long hallway that merges the halls on the east and west sides. There are doors on each side of the structure; the north door was sealed later on. The marble courtyard at the north entrance of the building is quite striking. Rooms were positioned on the left and right side of this courtyard. 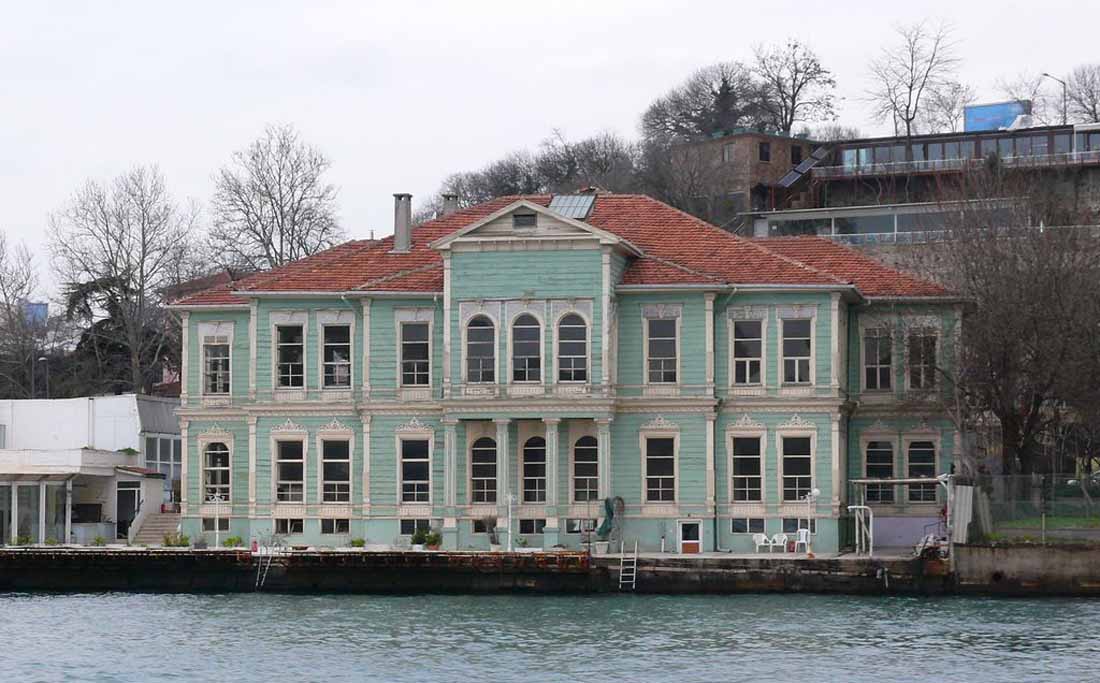 The connection with the upper floor starts with a single staircase and continues with a double staircase. Embossed gold-leaf and embroidered decoration were used in the ceiling embellishments in the lower floor rooms and corner paintings as well as the ceilings on the upper floor. This decoration bears a resemblance to the adjacent Naime Sultan Yali. There was once an auxiliary building situated to the rear of the yali a pavilion situated amongst the pistachio trees, a coal bin, a hay loft as well as a stable. The auxiliary building was connected to the yali via a passage that had a lighthouse dome in the center. Dividing the garden into two sections, this passage provided access to the yali for the live-in servants.

Contrary to the other sections, the three-meter wide jetty in front of the yali along the length of the garden boundary is still intact. Having undergone a thorough renovation in 1984, the yali is expecting yet another restoration in order to decorate the Bosphorus for a longer period. As was previously mentioned, there were several shoreline structures belonging to lady sultans, one of which was the adjacent Naime Sultan Yali, which was bequeathed to Hatice Sultan and recently destroyed in a fire. Also known as the Gazi Osman Pasha WI, it was the address where Hatice Sultan's love letters that eventually cost her marriage were sent. Unfortunately, these same love letters were the reason for Naime Sultan's divorce, decreed by the sultan. Featuring similarities from the standpoint of plan and decorative elements, this yali was appropriated by Sultan AbdulHamid II in 1883 for Gazi Osman Pasha, who was appointed the Mabeyn (name of palace section between the harem and selamlik) marshal. Later on, AbdulHamid II presented it as a wedding gift to his daughter Naime Sultan, who married Gazi Osman Pasha's son.

Although several sources indicate the construction date as 1899, it is quite possible the yali was either renovated or rebuilt during that year. The second daughter of Sultan AbdulHamid II Khan, Naime Sultan was married to the son of Osman Pasha, Kemaleddin Bey in 1898 and moved into the yali as the bride. Naime Sultan, who was a fine pianist and took Western music lessons, filed for divorce when she learned of her husband's affair with Hatice Sultan; she eventually married Iskodrali Celaleddin Pasha. During the subsequent period, Naime Sultan also suffered her share of problems that befell the dynasty. Sent into exile, Naime Sultan travelled to Albania with her husband, who passed away there. Subsequently, the lady sultan whose life began in the palace ended here in misery. While Jaime Sultan was sent into exile, the yah, which was left to the state for educational reasons, was subsequently utilized as an orphanage and tobacco warehouse. The structure was opened as a junior-high school in 1933, and was operated for 70 years in this capacity, until it was wiped out in a major fire u12002. Currently leased for tourism-related activities, preparations have been made to rebuild it in a manner befitting its original state.