There is little information on the Istanbul Islands of Istanbul before the Byzantine era.

There is little information on the Istanbul Islands of Istanbul before the Byzantine era. It is mentioned in the works of some ancient writers of antiquity, such as Thimkus Artemiones, but verified information begins with the Byzantines. The islands began to be settled with the split of the Eastern and Western Roman Empires and the spread of Christianity. Western sources call these islands the "Prince's Islands." The name must come from the time of the Eastern Roman Empire when royal individuals were exiled to the islands, to be imprisoned in monasteries. The islands have undoubtedly been the scene of innumerable tragedies. Byzantine historians begin to mention these monasteries in the 8th century. Fishermen who lived on the islands were often attacked by pirates.

When the Latins came to Istanbul in 1204, the Venetian Duke Dandola incited the Latins to pillage the islands, but it seems they never attacked. In 1302 the islands were attacked by Egriboz and Girit pirates. The Turks got to the islands from the Byzantine Emperor Manuel Paleologos. 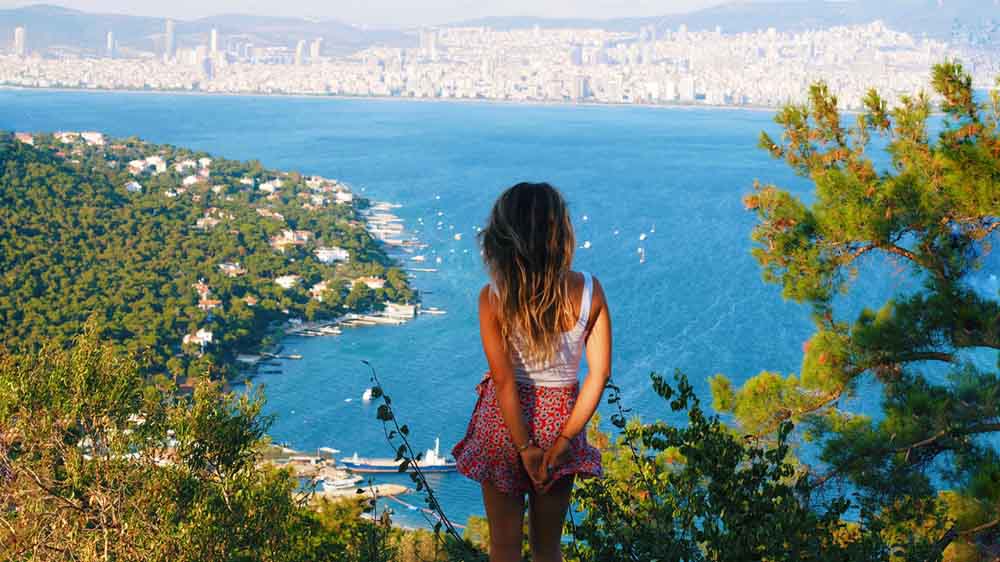 A sea battle between Musa Celebi and the Emperor Manuel took place near Yassi Island in 1412, affecting all the islands. In 1453, about one and a half months before the conquest of Istanbul, while Mehmet the Conqueror was surrounding the city, Baltaoglu Suleyman Bey conquered the island. Consequently, the monasteries, which had been the scene of so many tragedies, were emptied. Most of the island population emigrated to settlements around Istanbul. The islands have had many names. In Ottoman times they were called the "Red Islands" because of the red color of the soil, common in Mediterranean climates. Aristoteles referred to them as "The Islands of Kcal/coy," Thomas Allom as "Soul Islands," the famous historian Hammer as "Saint's Islands," Deiher as "Monks' Islands," Scarlatos Byzantios as "Happiness Islands," the Byzantines as "Priest's Islands," the Greeks as "Giants' Islands." One of the oldest names for the islands is "Jinn Islands." Some sources call them the "Ring Islands" because of their geographical shape. Westerners call them the "Prince's Islands." Another historical name is "Pityusa." Today they are called as "the Islands". 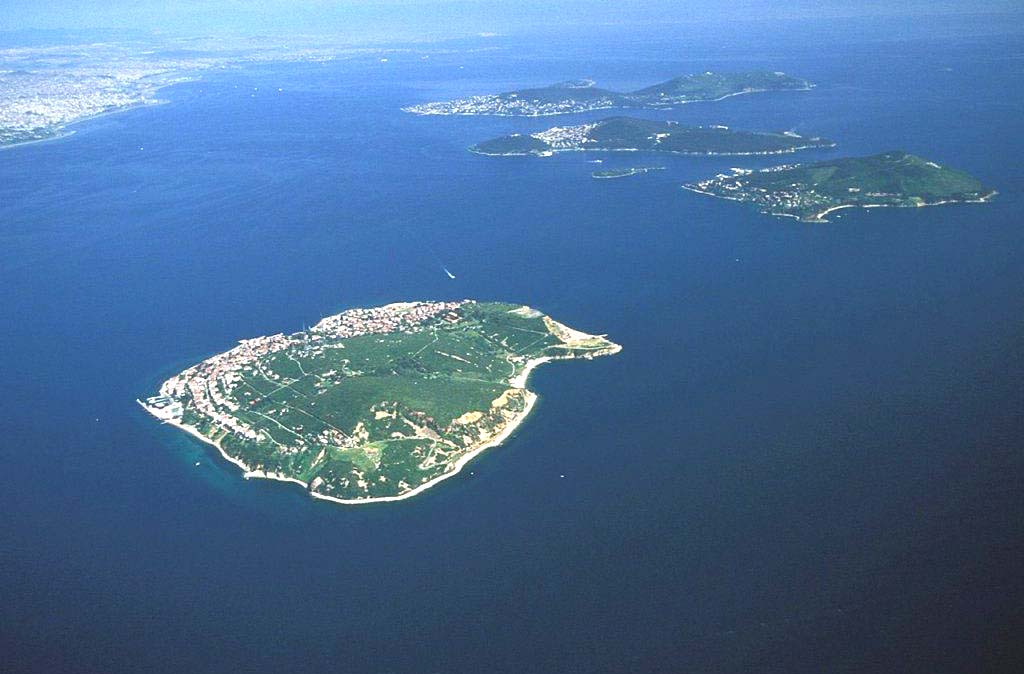 During the Ottoman era the islands were abandoned to their fate until the middle of the 19th century. After the political reform edict of 1839 which gave foreigners the right to own property, the islands underwent a speedy development. It was the French who first chose them as a summer vacation spot. Turks came later. Another reason why the islands gained importance was the regular ferryboat service to and from Istanbul and Kadikoy which began in 1846. Istanbul's wealthy minorities and foreigners made the islands a very popular place for summer residences. After this development one of the three townships of Istanbul, the 7th township, became the township of the islands. The most well-known of the islands are Buyukada, Heybeliada, Kinalada, and Burgazadasi. They are situated in the Marmara Sea across Pendik and Kartal, the towns on Asian side. They can be reached by the ferry boats from Istanbul in 1,30 hours from Kabatas pier in European 45 minutes from Bostanci pier in Asian side. Instead of cars horse carriages are used for transportation on the islands. 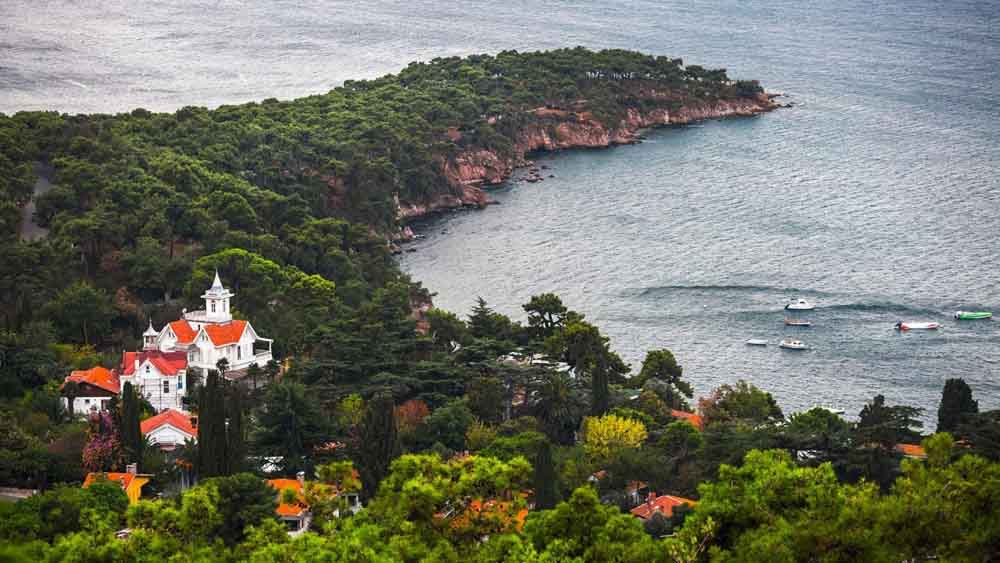 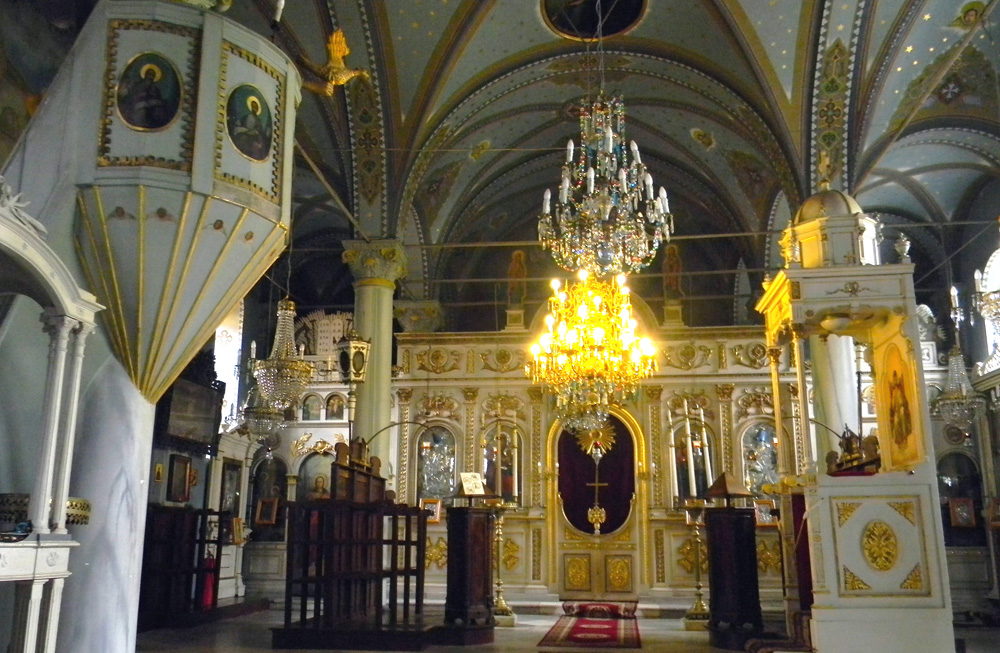