The Mosque of Little St. Sophia

The mosque of "Little St. Sophia" lies in the Eminonu district between Cankurtaran and Kadirga, approximately 20 meters from the Marmara seawalls to the south.

Some sources say that it was connected to a church named The Church of St. Peter and St. Paul, which was close to the nearby Hormidas Palace, known as the "Big Palace," but there is no reliable evidence as to where this church was. 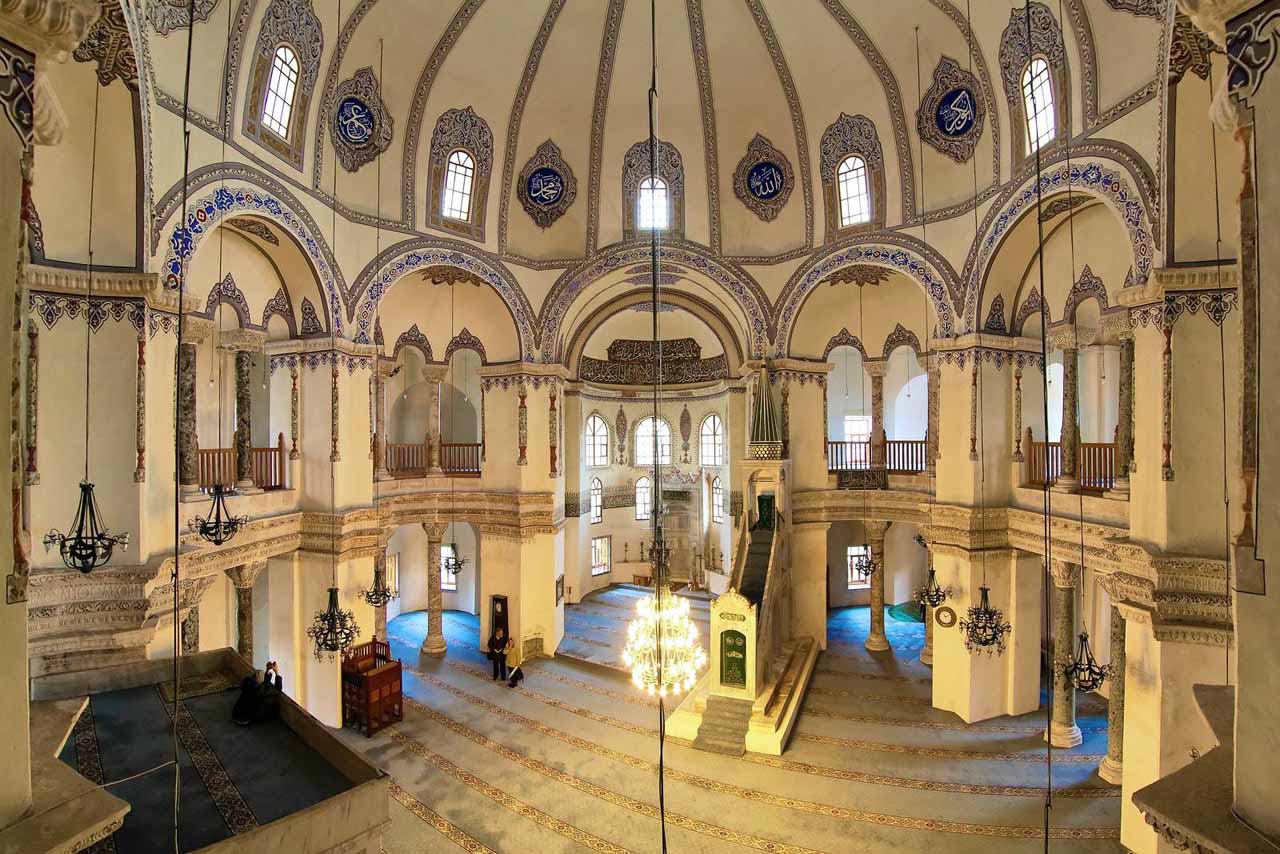 The Little St. Sophia mosque is the oldest building in use in Istanbul today. Constructed during the years 527-536, its old name was the Church of St. Serge and St. Bacchus. There is a legend concerning the building of the church (Millingen, 1912). In the reign of Anastasios, there was an uprising against theemperor. Justinius and his uncle Justinos were accused of involvement and sentenced to death. The night before the execution Emperor Anastasios had a dream in which St. Serge and St. Bacchus testified in defense of Justinos and Justinius. Influenced by his dream, the emperor pardoned them. Later when Jstinius came to throne, he kept his vow of gratitude and had the church of St. Sergius and St.Bacchus built.

Serving as a church for 1000 years, after the conquest of Istanbul it was converted into a mosque during the reign of Beyazit II in 1504 by Huseyin Aga, chief of the agas who guarded the Bab-I Saadet Gate. 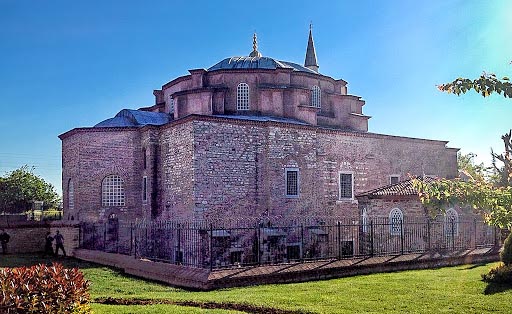 The church is a typical example of early Byzantine church design. The plan consists of an irregular rectangle with the narthext tothe est and the hexagonal abscissa to the east. Inside the rectangle is an octagonal central area, widened by semi- circular niches, called "excedra"in the corners. Between the polygon feet in thcorners of this central area and achieving wholeness between the abscissa and the central area. Although the plan resembles the churches of Ravenna, St. Vitale, Aachen, Aix Le Chapella and Basra Bacchus, little St. Sophia is quite different.

Above the central area is I6-sectined dome held up by eight large supports in the corners. Eight of the sectors are straight; eight are curved imvard, with arched Windows on the lower part to counterbalance the pull of the straight sectors. An arched rectangular corridor leads off the central area with a gallery on the upper level. Above the gallery floor are three half-domes supported by three arches.

It is assumed that the interior walls of the Church were once decorated with mosaics in the fashion of other churches of the era. However, no signs remain today. The interior surfaces are completely plastered over. The only decoration left from Byzantine times is a delicate painting of a cluster of grapes and leaves. This indicates that the building was constructed as a temple to the god of wine, Bacchus, in the time of idolatry, thus the name Bacchus. 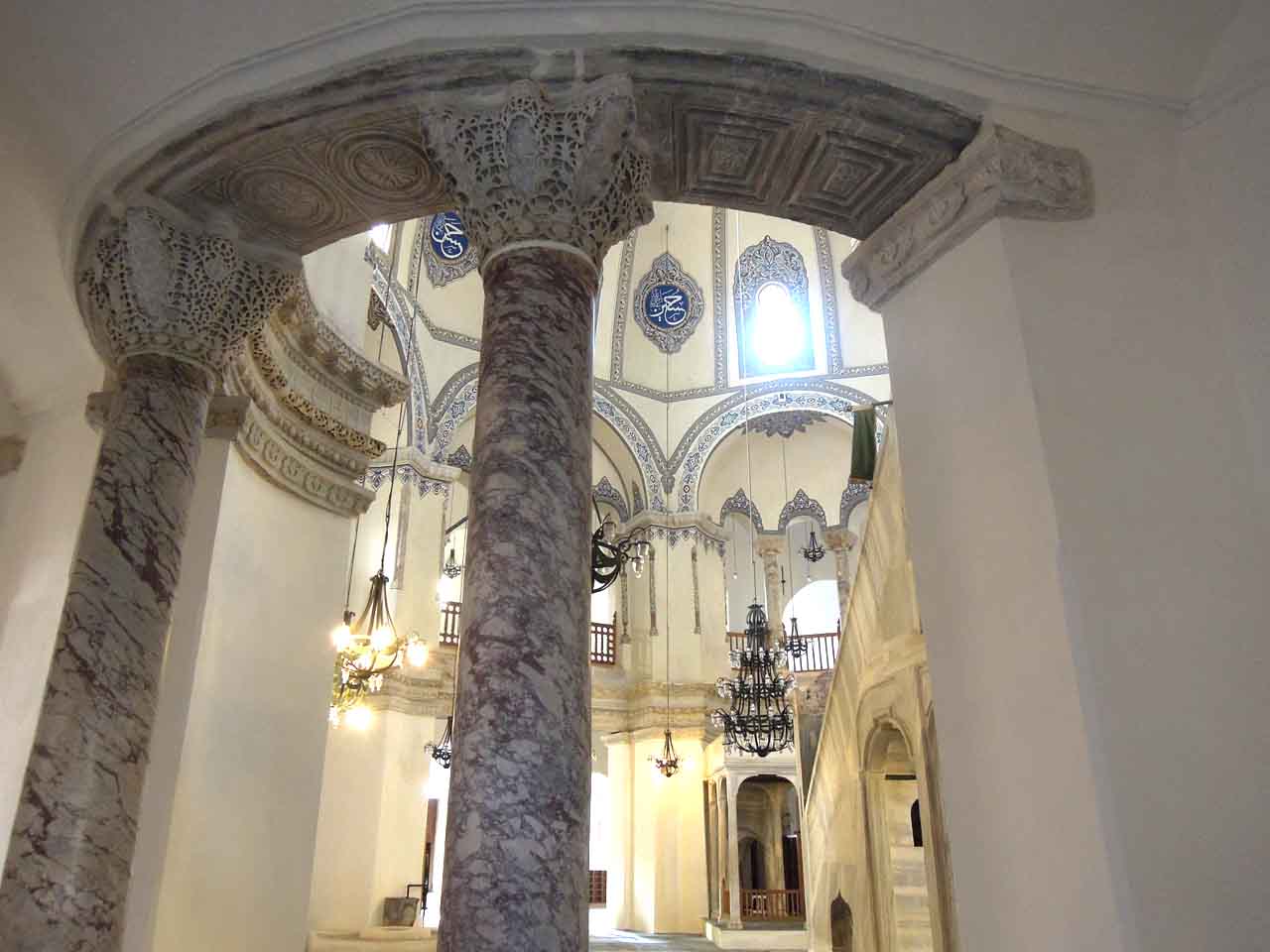 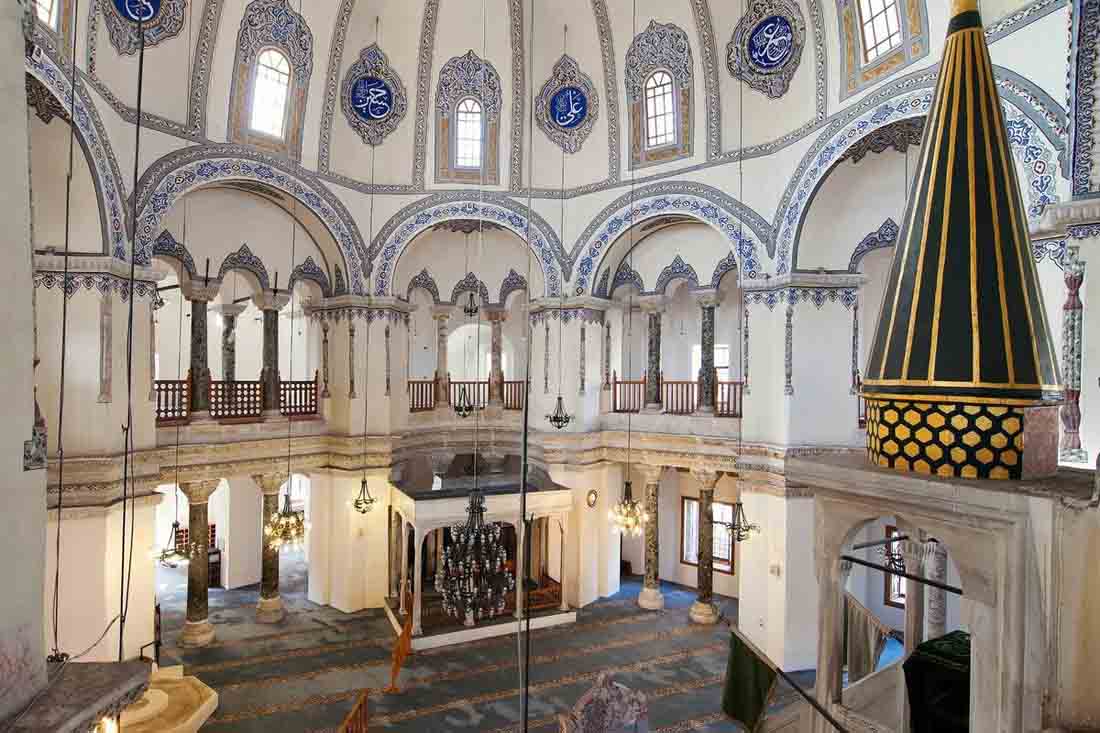