The Mosque Of Sultan Selim

The mosque of Sultan Selim is located in the vicinity of Edirnekapi. It was completed in 1522 in the time of Suleyman the Magnificient.

The inscription at the main entrance shows that it was built on orders of Selim I; however, some sources say that his son had the mosque made in memory of his father. It has a very plain architecture. The ceiling of the elevated sultan's loge is covered in an unusual and rich decoration. There are octagonal-shaped windows and doors, inlaid with pearl, on the mihrab side of the mosque. Next to it is the tomb of Yavuz Sultan Selim which has rare tile inscriptions in it. 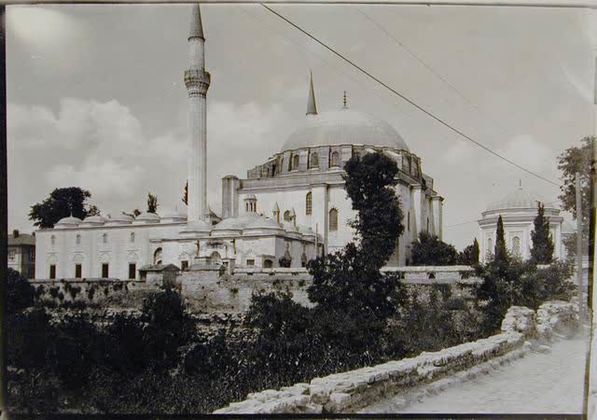 Also in the same complex are the tombs of the sons and daughters of Sultan Suleyman, and behind all is the tomb of Sultan Abdillmecit which lies the tomb of Sultan Abdalmecit. This complex is an example of the progress of Ottoman architecture of the classical period. Built during the last years of Yavuz Sultan Selim era, it is believed that the mosque was actually built by Suleyman for his father. Therefore, the district surrounding it is named for him and is near cukurbostan, an open Byzantine cistern. 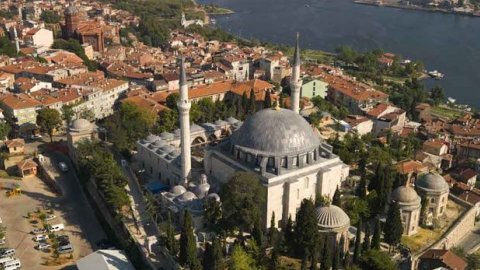 The mosque is in the center of the complex; with its large dome, it is a typical example of single-dome monuments. Hostels are on both sides of the mosque. These sections could be called Turkish guest houses. Around the gate there is extensive marble decoration. Here, various architectural decorative elements are found, on the surface of the wall, the niche, and the column.

The building is made completely of stone, though in areas of intense ornamentation Marmara marble was used. The pediments of the window overlooking the courtyard have pretty and colorful glazed tiles. The designs of the tiles are the same, but the colors are different. These tiles are of classical motifs with accompanying floral designs.