The Naval Museum was established in 1897 under the order of the Naval Minister, Huseyin Huns Pasha. It was set up in the Taskizak Shipyard (on the top floor of a former mine depot) as "The Naval Museum and Library" by Admiral Arif Pasha and Captain Suleiman Nutki bey. 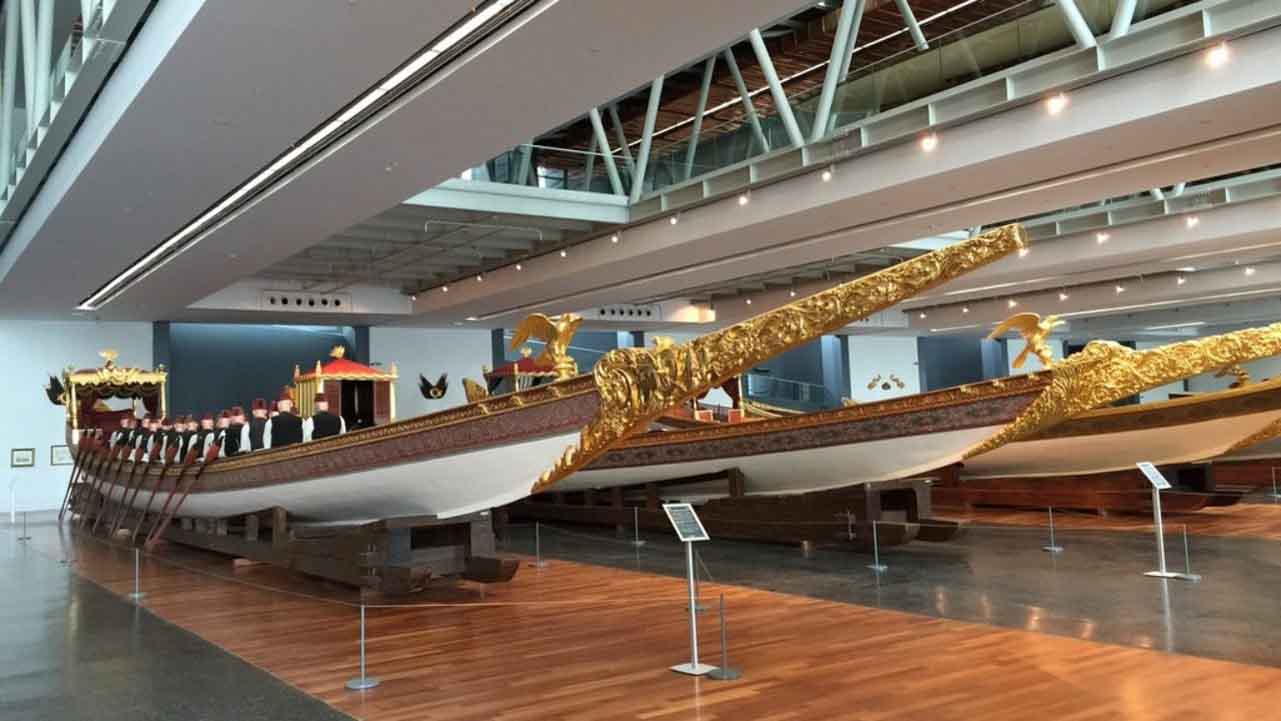 The primary objective was to collect items of naval interest from individuals or organizations by donation or sale. In 1 .914 at the time of the Naval Minister Cemal Pasha the museum was broadened and modernized through the efforts of the artist Ali Sami Boyar, a pointer.

During World War I (1914-2918) the Naval ministry twice changed the place of the museum within the shipyard. When World War II began, the contents of the museum were moved to Konya and closed to visitors. When the war ended, some of the items were moved to Kasimpasha, Istanbul Divanhane (today the North Sea Command Headquarters) and stored there. On September 27, 1948 the Naval Museum was opened in the Garage and Boathouse of Dolmabahce Palace. When the road in front of the palace was widened in 1956, the boathouse and garage was torn down, and the museum was moved to the vehicle apartments of the Dolmabahce Seaside Palace.

During this move, the archive documents of the Naval Forces were stored in the Suite of the Agas; the boats and galley ships were stored in the State Supply Office's Bqikta4 division. For four years a part of the material was exhibited as an open museum at the Dolmabahce Mosque. In 1960 the museum moved to its present location in the Besiktas Tax Department and was opened to visitors, along with the library. In 1970 with the effort of the Naval Commander-Admiral Celal Eyicioglu a caique gallery was added to the building and the historical caiques and galley ships were brought for display. Within the museum complex is a library and are the Historical Naval Archives.

The most interesting section is the historical caique gallery and its various naval items, Ottoman royal caiques, unequalled in the world, are exhibited here in their original condition. The most valuable work is the excursion galley ship of Sultan Mehmet IV (1648-1687). The galley ship is 40 meters long and 5.9 meters wide. It weighs 140 tons; three people were required to pull one oar (there were 144 rowers in all). It has 24 pairs of oars and is equipped with stools. The kiosk part of the galley ship is a beautiful example of Turkish handcraft. There is an open-air museum in the garden as well. A mosaic reproduction of a map is belonging by Piri Reis, three all maps showing the boundaries of the Ottoman Empire, busts of famous Turkish seamen, and other objects durable to open air are on display. There are also mines, torpedoes, sea cannons, and old engravings concerning naval matters. In the Historical Naval Archives there are close to 20 thousand books in the library, some of them handwritten, and about 25 million documents, written in old script, from the Naval Ministry times.

The museum part is open every day, except Monday and Tuesday, the library and archives every weekday from 9am-5pm.