This market in Istanbul to the, survive since Ottoman times. It is located between the Fesciler Gate of the Covered Bazaar and Beyazit Mosque. 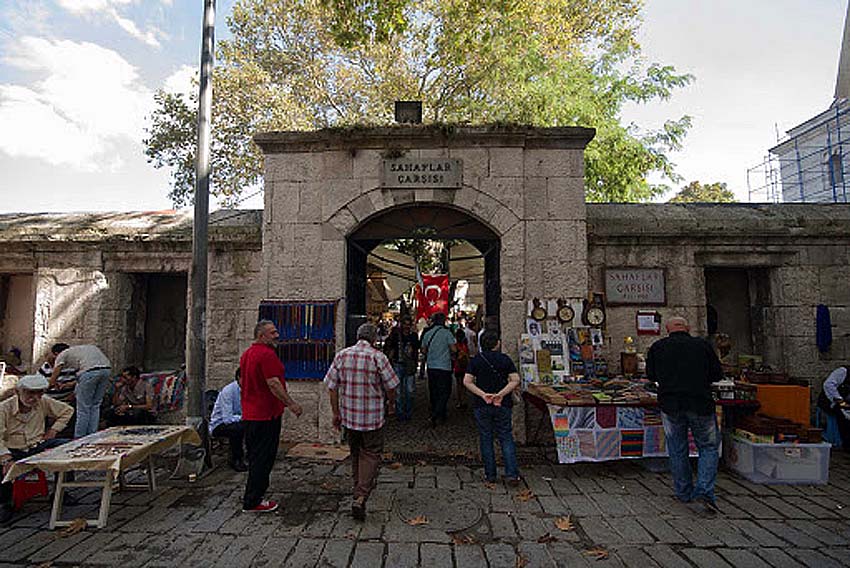 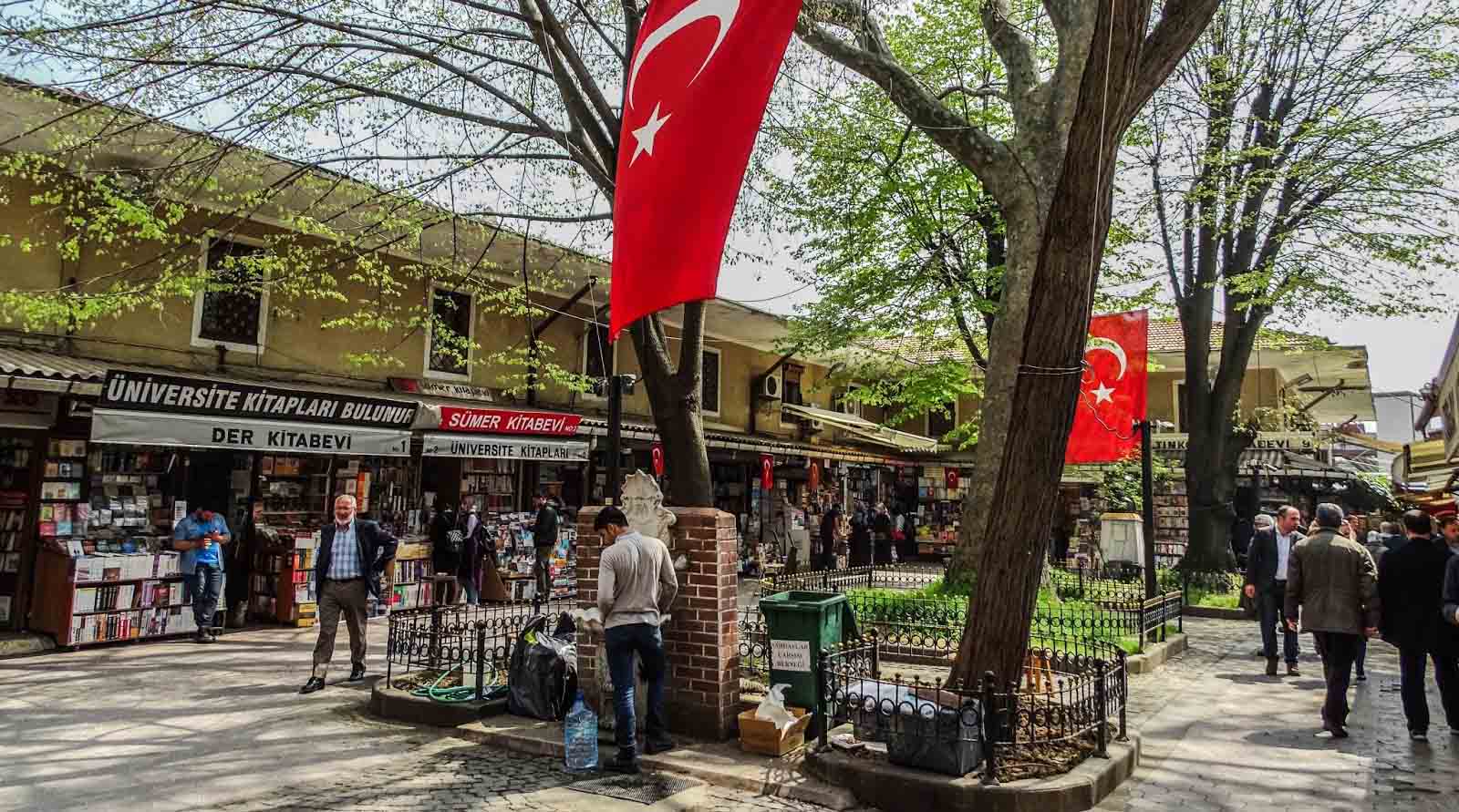 Book market had the most valuable handwritten manuscripts and miniature books on display. According to Evliya Celebi there were 50 stores and 300 people working in the stores. The salesmen were all members of the Sellers Guild. they had to pass through stages of apprentice, experienced apprentice and excerpt the shops of the market used to open and close with a prayer. In ottoman era, every trade guild had a master the first master of the book seller's guild was Abdullah Yetimi Efendi from Basra. In that period handwritten books were popular. Therefore, the shops were surrounded with calligraphers, book binders, illuminators, paper sellers, pen sellers, ink sellers. Book auctions were held on Tuesdays and Fridays. Rare books passed Iron: hand to hand. knowledgeable book I, attended the famous auctions. Women peddlers (Bohcaci) used to take rare manuscripts to the homes of book lovers to sell for a great deal higher price. 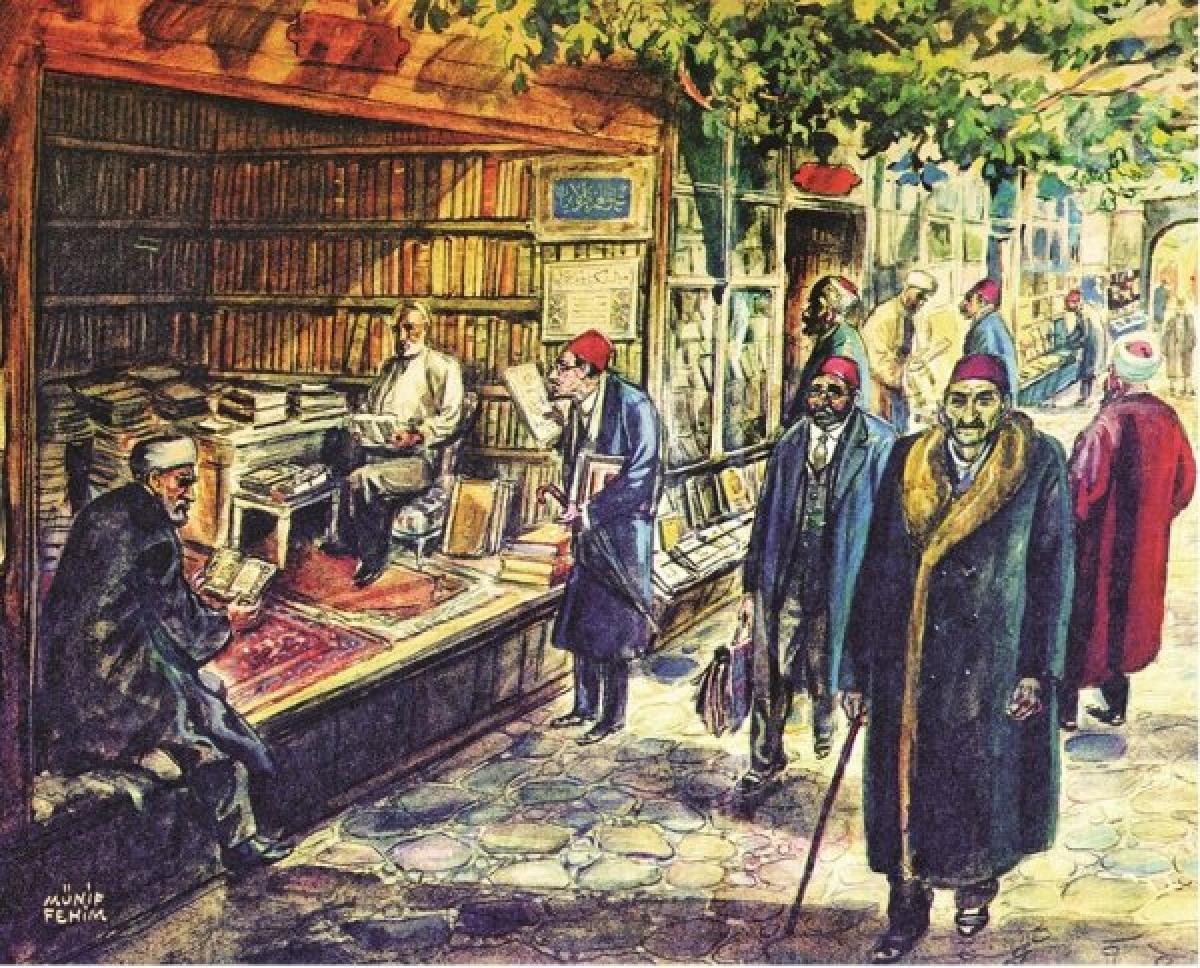 Ibrahim Muteferrika set up a printing shop in the 1720's. The first book to be printed was "The Vankulu Dictionary' written by Cevheri in the late16th century and translated into Ottoman Turkish by Muderris Mehmet Efendi in 1726. However, Pro long time the old book sellers were not interested in printed books, therefore, calligraphers nearby, continued to copy by hand. The translator fi. the French Embassy in the 17th century, A. Gallard, wrote a distinct observation about the book sellers: "Let me add that Turks do not enjoy printed books. Although they agree that it is easier to read, they still prefer even a poorly handwritten book to a well-printed one. I have seen the printed work of Ibn-i Sina, which has the most beautiful Arabic less,', the dos. to handwriting. For a long time, he has not been able to sell the book. Yet handwritten copies of tiresome book are sold for a very high price." 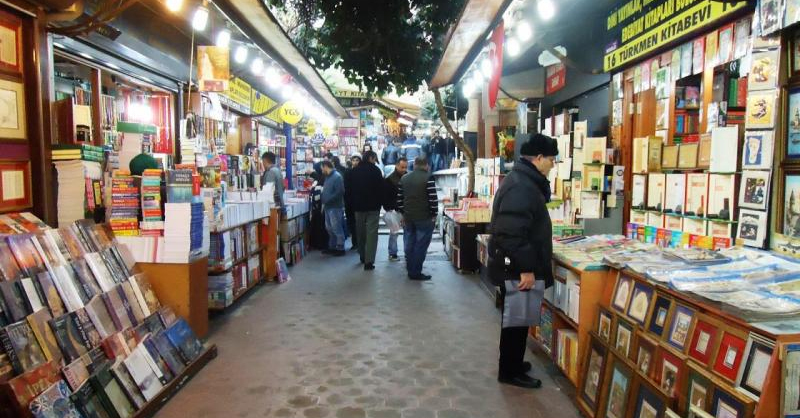 In the past the Old Book Market was frequented by book lovers, writers, and scientist. It was a place to chat as well as, a literary and scholar center. The old book sellers had a unique philosophy; they did not sell to the perS011 Who would pay the highest price, but to the person who was most interested in the subject.