The Seminary in Heybeliada

After the conquest of Istanbul, the Greek Orthodox Patriarch had been declared "Head of the Millet." ("Miller= the adherents of a particular religious creed within the Ottoman Empire) A theological school for Orthodox religious education was established in 1844 by Patriarch Germanos IV.

It was connected to the Monastery of The Holy Trinity. At the time hundreds of thousands of Greek Orthodox followers within the Ottoman Empire and beyond were in need of well-educated religious leaders with knowledge of modern science and technology. Western religious reformers and cultured religious leaders pushed for the founding of such a school. Thus, the Heybeliada seminary was opened and became an integral part of-the Holy Trinity Monastery from. 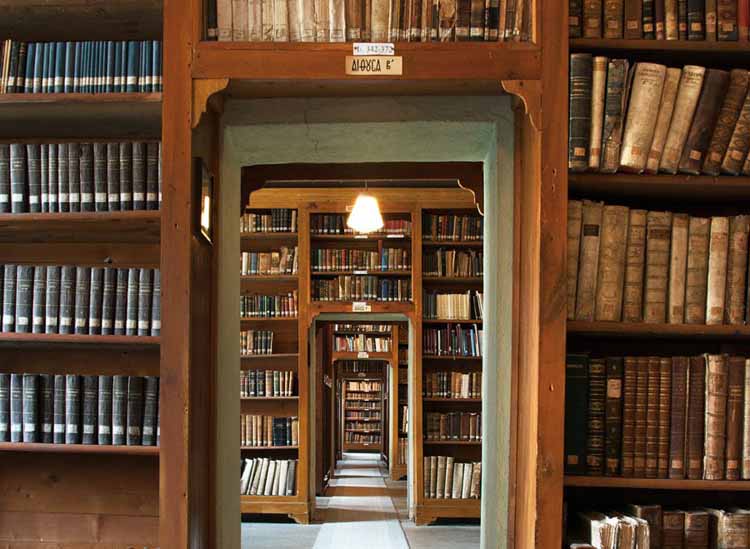 1844 until its closing in 1971 )171 n isolated hint p, surrounded the smell of pine and ocean, from the noise and confusion of city life, the students practiced in the monastery the lessons they learned theoretically in their classes. There was an incomparably rich library. The students graduated speaking several languages, with refined manners and deep knowledge. Within a short time, the seminary had gained world fame and had become a highly respected educational center. There were approximately 1000 graduates over the years of its existence. Of these graduates, twelve became Patriarchs of Istanbul, two were Patriarchs of Alexandria, three were Patriarchs of Antioch, four became archbishops in Athens, and one became an archbishop in Albania. Of the remaining, 343 became high-ranking priests, 318 became monks, and the others served, or are serving, in various places in the world as esteemed theologians. As of 1844 the seminary building underwent several additions and repairs. On June 28, 1894 during the worse earthquake to hit Istanbul in 150 years, the building suffered great damage. Because the earthquake struck during the lunchtime, there were no deaths, but the building was damaged beyond repair. 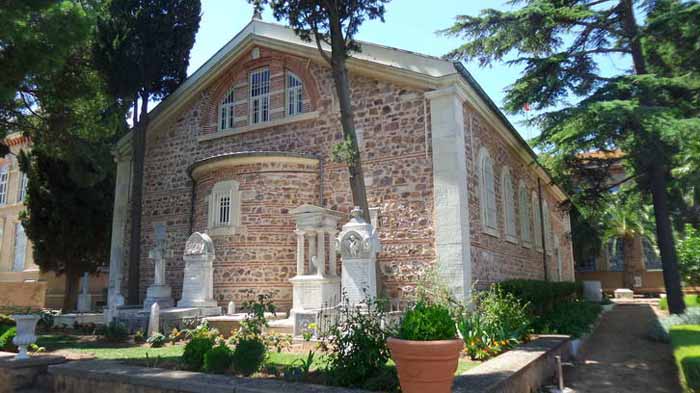 The high main building, which rises on five columns, is entered through a narrow narthex (hail). The iconostasis, the bishop's throne, and the pulpit are made of wood, probably belonging to the mid-19th century. The moveable icons and the Pantocrater (Jesus Christ) on the church ceiling are striking. There are no frescoes or mosaic icons. The church has no bell lower, therefore the bells being kept in a special place in the garden.

Money was collected for a new seminary building from rich Greek merchants in Istanbul by the Skilitsis Stefanovik family, who had the Church of the Holy Trinity in Kadikoy, the Church of St. Peter and St. Paul at the Sisli Greek cemetery, and the St. Stephen Church in Paris. The architect was Periklis Fotiadis, who lived in Istanbul in the law 19th-early 20th century, creating many magnificent buildings. At this tune he was only 36-year-old. ills reference was the Zografyon Greek Lycée in Beyoglu, completed in 1893. With the approval of Sultan Abdulhamit II, on April 22, 1895, the foundation was laid for a new seminary building. After a short one and a half years the seminary reopened on October 6, 1896. It was made in the shape of the Greek alphabet [N. The building has a basement and two floors. The main entrance door, the splendid marble stairway, and the columns remind the entrance to an ancient Greek temple.

The rich brick decoration on the windows and facade recalls Byzantine construction. The dining room and library are on the bottom floor; classrooms, study halls, the physics and chemistry laboratories, the infirmary, and the dormitories are on the entrance floor. On the second floor is a large auditorium, the rooms of the director and the teachers, the secretary's office, bedrooms for the live-in teachers, and the dormitories of theology students. The Seminary is under the jurisdiction of the Patriarch of Istanbul. 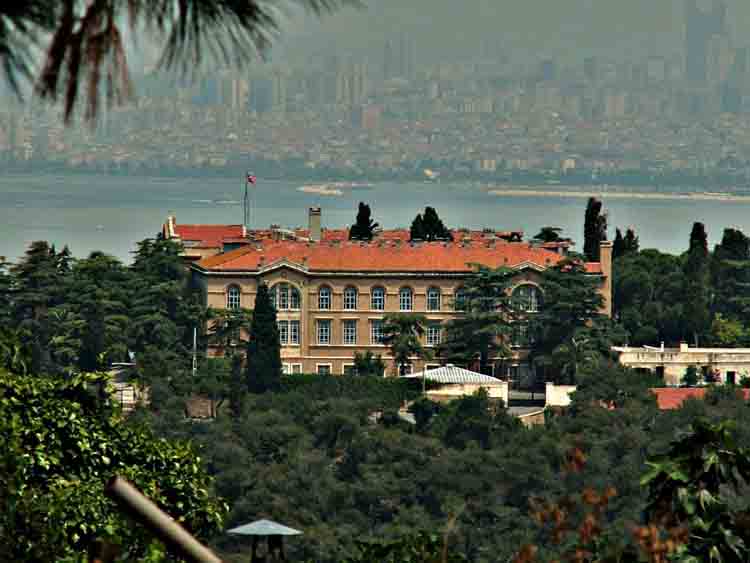 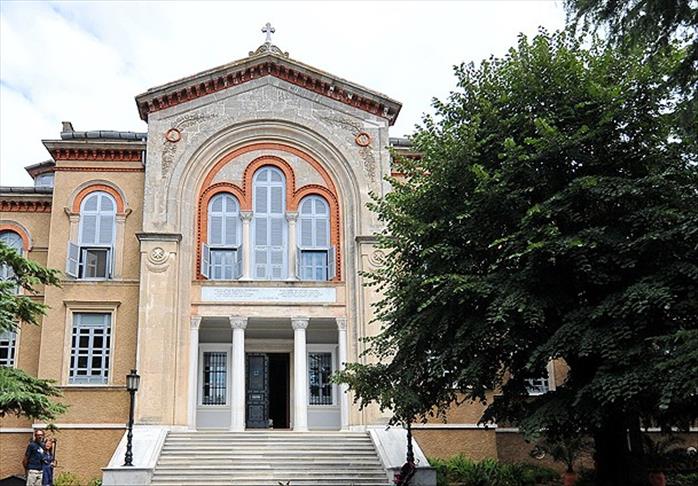