The fountain located in Istanbul's Tophane Square was built in 1732 by order of Sultan Mahmut I. It is Istanbul's third largest fountain with the highest walls. It is known by the name of Mahmut I. 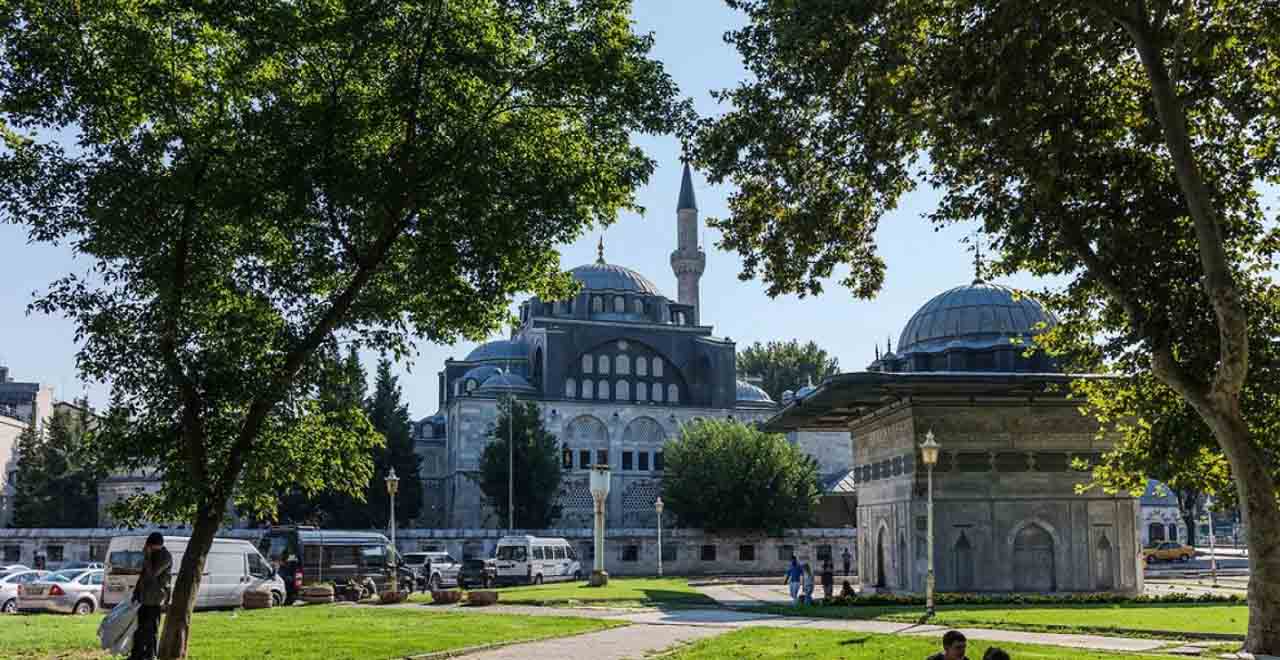 THE FOUNTAIN AT TOPHANE

The fountain is in the center of Tophane Square which is surrounded to the south by Kiln Ali Pasha Mosque, to the north by Nusretiye Mosque, to the west by some shops, and to the east by the docks. As the bay filled up, the fountain became further from the sea. In the years 1700-1740 monumental, wide-eaved fountains were built in public squares. In due time the architecture changed from classical ottoman to the western style. 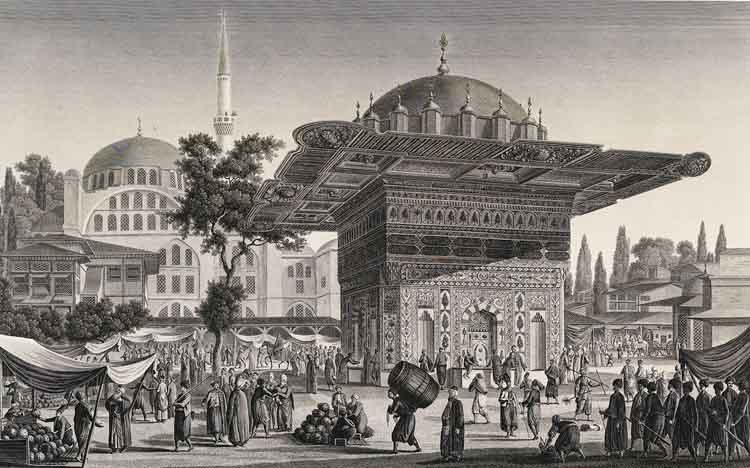 The fountain at Tophane is a typical example of the transition period. The fountain was commissioned to Ahmet Aga, the builder, for the amount of 76 thousand kurus and 84 silver coins. A public square was created by removing the existing shops. It was first fountain with wide eaves and was covered by a dome. Engravings on the fountain indicate that there were eight faucets. The four sides of the fountain were architecturally identical. The Taksim water supply system had just begun to function at the rime of the fountain's opening, and the sultan himself was present for the inauguration in Taksim. 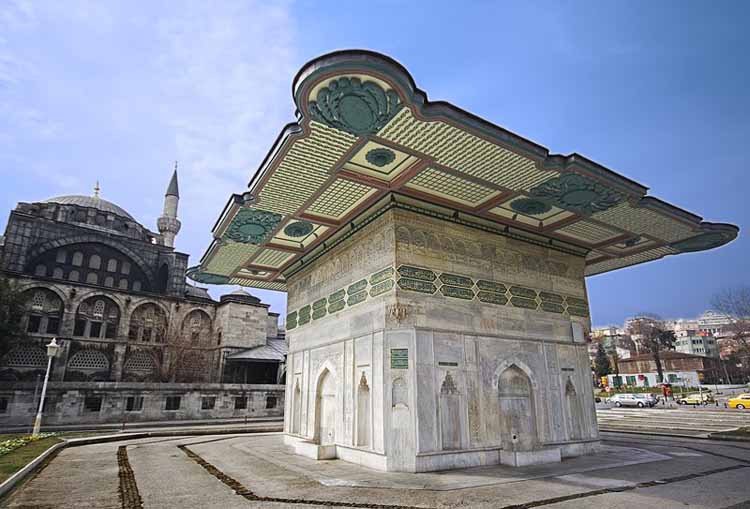 Since the time it was built, the fountain has undergone two major repairs. The first took place in 1837 when the covering of the fountain was completely changed and a terrace floor added. The second was in 1955-1957 when the Water Department of Istanbul restored the fountain during a citywide renewal project. The fountain is decorated with flower motifs, which was the fashion at the time. The decoration on the stones depicts fruit trees in pots and flowers in vases. Restoration of Tophane Fountain was completed in 2006.

It was done by a team of 65 people from Istanbul Municipality, Taf Foundation, Istanbul Water and Sewage Administration. In addition there were four calligrapher and 15 architects assigned. During the restoration 740 square nieters lead and 23 carats gold was used. 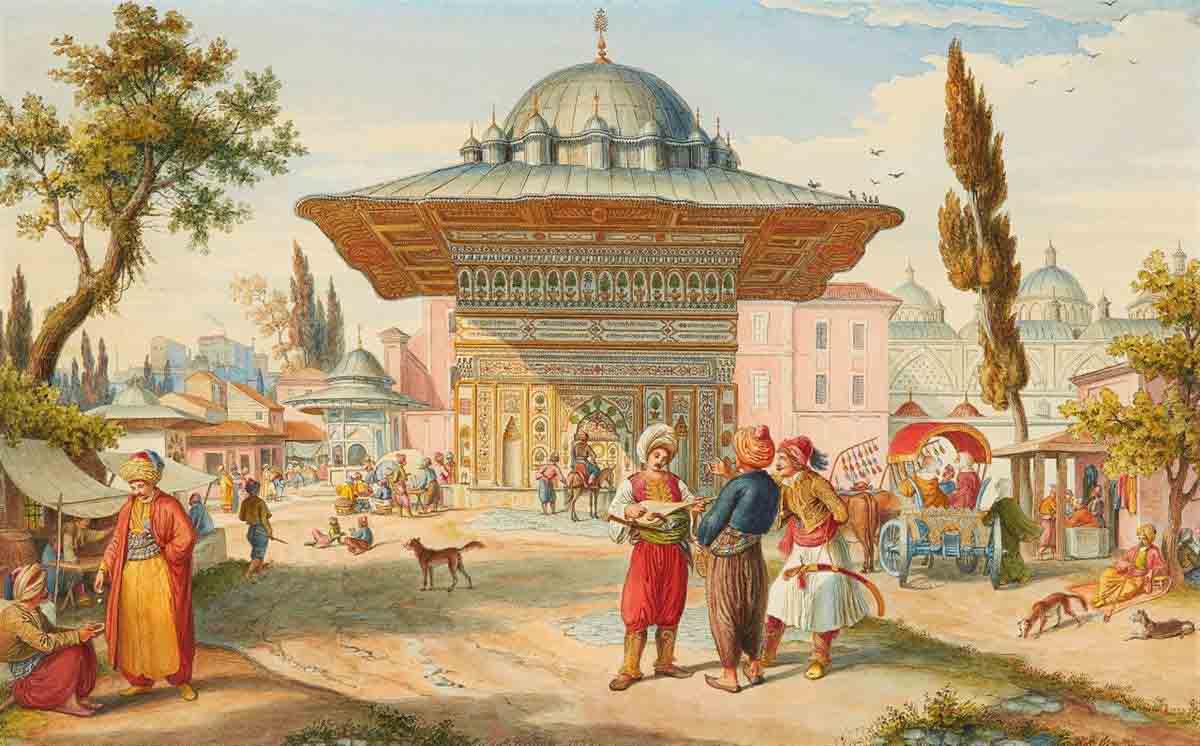