Dating to the late-19" century, the architect of this beautiful Yali was the French Levantine, Alexandre Vallaury. 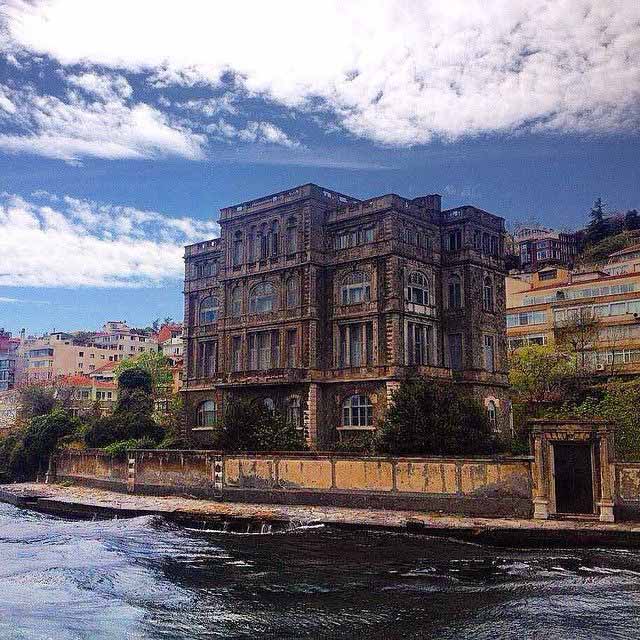 After the death of Zeki Pasha, who was the first owner of the yali and a statesman during the latter part of AbdulHamid II's reign, the yali's heirs put the property up sale. This fine structure was acquired for Sultan Vahideddin daughter, Sabiha Sultan. When' decision was taken to send the members of the dynasty into exile in 1924, the yali was bought from Sabiha Sultan by Zeki Bastimar, who was from the lineage of Gazi Ethem Pasha. 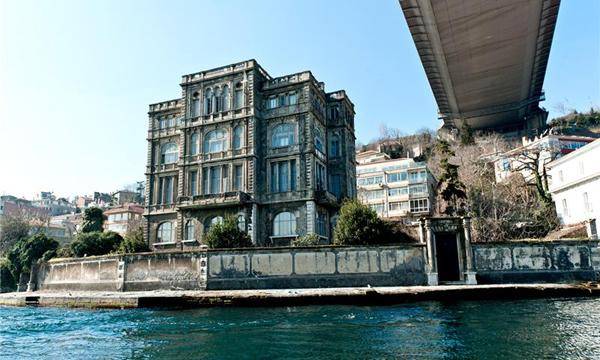 The yali's first owner, Zeki Pasha was one of the favorite statesmen of Sultan AbdulHamid II, served for 17 years as Marshal of the Cannon Foundry and 25 years in the Ministry of Military Schools. A highly cultured person who spoke French, German and English, the pasha served seven days in the cabinet of Kucuk Sait Pasha after the Constitutional Monarchy was subsequently proclaimed; he was dismissed later on and then sent into exile along with other prominent AbdulHamid supporters.

With a Baroque-like architectural style, the yali was built as four floors over a ground floor. The ashlar block building sits on top of the rocks over the sea. Clad with polygonal stones of different sizes, motion was achieved through the creation of staggered protrusions on the façades. Windows created with various styles on the floors separated with ledges garner attention. Plaster was used under the windows. As a decorative touch on the facades, the Ionian-capital columns add a separate aura to the yali. 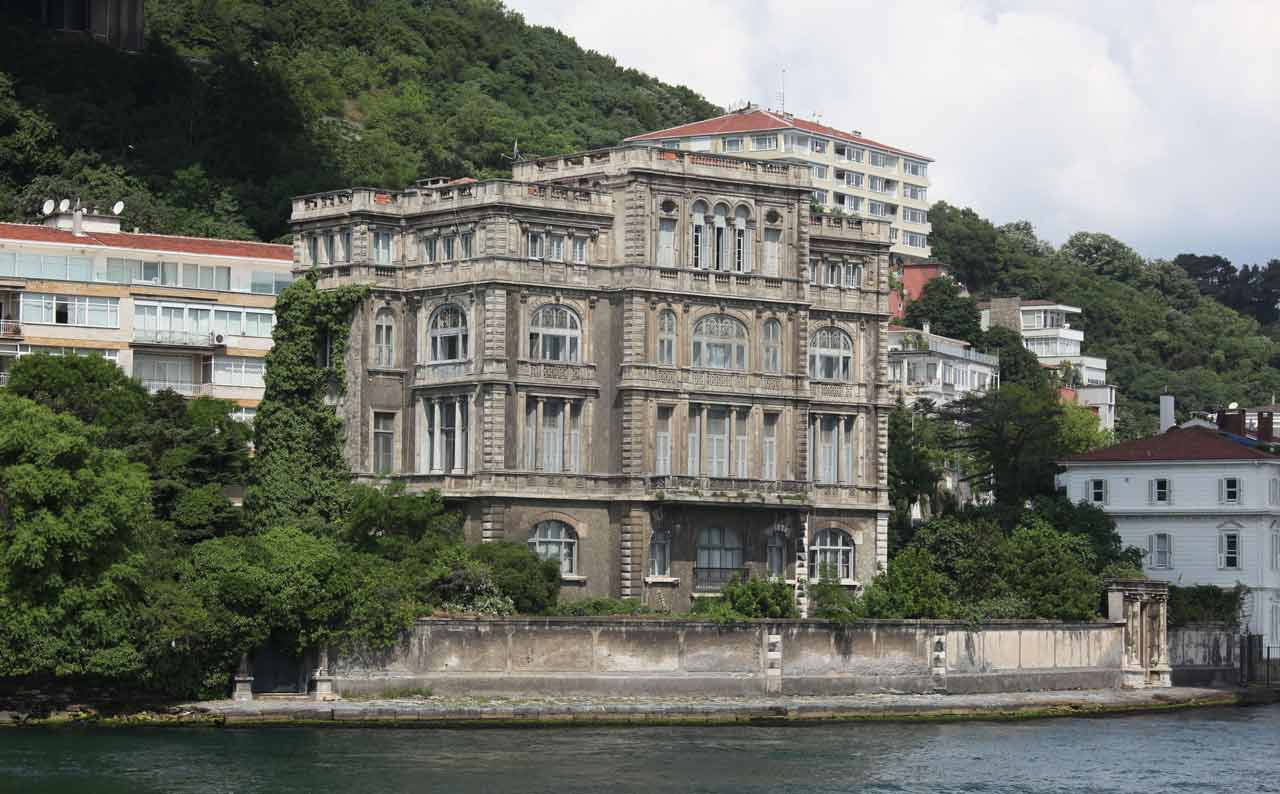 Kept on the garden and seaward sides, the entrances are accessed with an enclosed section embellished with stained glass windows that ascend via a twin-branch spiraling staircase. One passes through this glass section, which dates from the early years of the yali, into two halls which open out into a spacious service hall. While this hallway extends vertically to the sea, there are halls and rooms on either side. This plan is also repeated on the upper floors, which are accessed via a staircase located in the protrusion on the west façade. There is a striking painting of Gazi Ethem Pasha found on the first floor, which features a hall and four rooms. A marble console and a marble wall fountain are found in the living room. The yali features non-adorned ceilings and furniture of various styles.

Like the yali, the old jetty sits over the rocks. Partially covered in ivy, a lavish marble wall fountain with eight basins as well as a marble pool remains intact in the garden. Besides its generally distinctive architecture, the contrast formed by the Sultan Maimed the Conqueror Bridge towering overhead makes this yali one of the most attractive structures along the Bosphorus.