One of the most important yalis of Kanlica, which Bosphorus communities, is one of the finest unities, is that of Yagci Sefik Bey Yali. 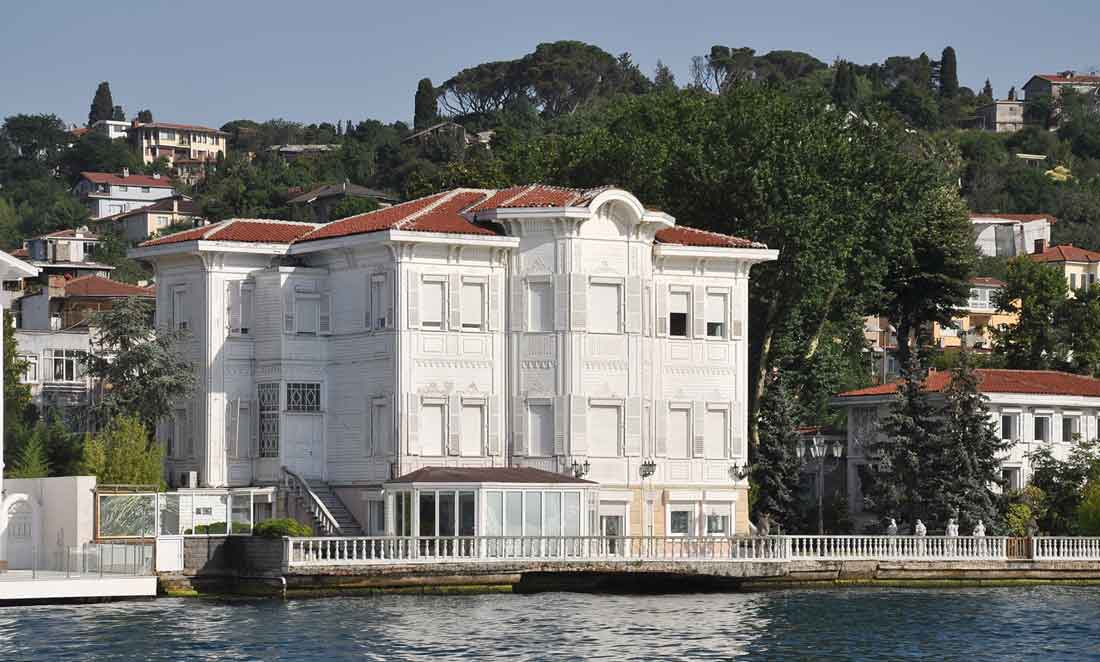 Dating back to 1905, this fine all sits to the north of Kanlica Pier. Also known as the Cemile Sultan Yali', although the architect is unknown, it was most likely built by a foreign architect.

The yali that is seen today replaced the former Cemile Sultan Palace, which was destroyed in a conflagration in 1871. Sefik Bey, who acquired the palace land together with a partner, had the present yali built here in 1905. His heirs continue to reside at the yali today. The independent section seen next to the yali was the selamlik of the former shore palace; it was converted from a single-story into a two-story structure during renovation work carried out in 1989.

The shore palace once situated on the MI premises belonged to the daughter of Sultan Abdulmecid and Perestu, Cemile Sultan. Perestu looked after Cemile Sultan together with Crown Prince AbdulHamid, who was a frail child whose mother had died young. Having been raised like a sister to Crown Prince AbdulHamid Efendi, Cemile Sultan had a falling out with AbdulHamid after he was enthroned due to his ensuing policies. Cemile lost interest in the old yali, which was destroyed in a fire. The son of a commodities trader at Balkapani Sefik Bey acquired the property and had a new yali built. Following in his father's occupational footsteps, Sefik Bey was a member of the Board of the Chamber of Commerce and as well as Ziraat Bankasi; he left his business to his sons and got involved in state affairs. Serving for some time as a board member of the Municipality Office, Sefik Bey went on to become the chief of the Naval Fleet Association, which was founded by the Committee of Union and Progress. Upon. Sefik Bey's death in 1915, the Naval Fleet Association was disbanded, and his heirs were left with a yali full of memories. 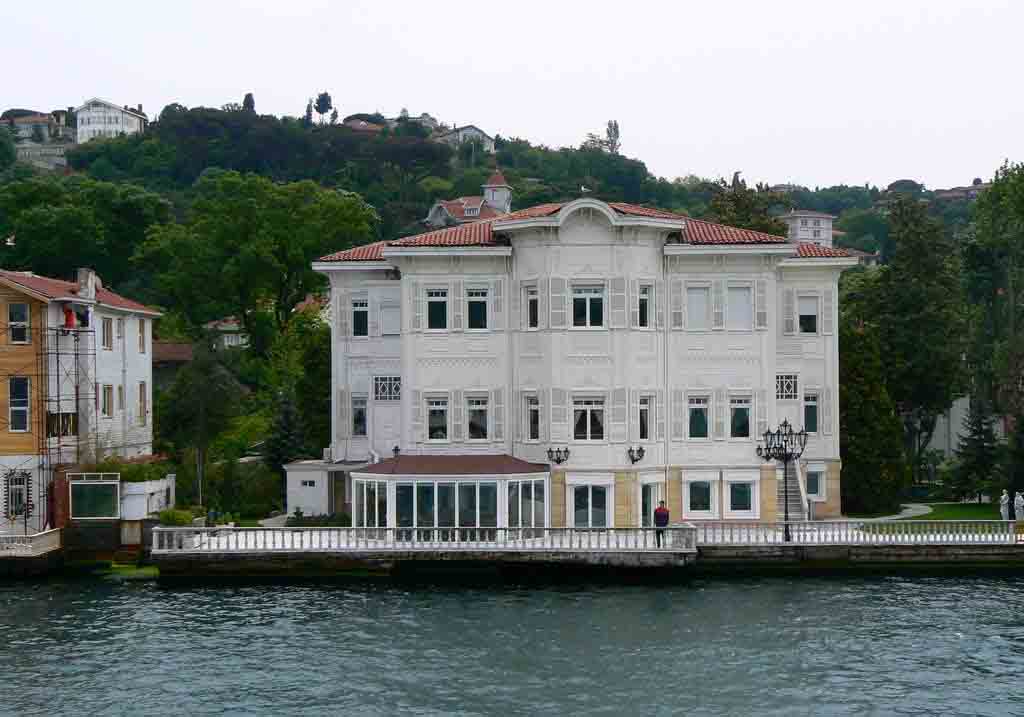 This Art Nouveau-style yali was built without a balcony in line with the model of Classic-era Ottoman alas. Comprised of two lath and plasterwork floors over an ashlar block service floor, the yali features a polygon indention in the middle section seaside façade that rises from the ground floor up to the eaves. There is a convex roof pediment that gives the building an aesthetic appearance where the indention merges with the roof There is a window on each floor of the tower-like indention and two windows on each of the wings. The yali also features a two-story selamlik section on the side façade. The entrances are accessed via staircases found on the north and south wings. This 18-room yali features an identical lower- and upper-floor plan. Once inside, visitors go up to the upper floors via a winding elliptical-plan staircase.

Climbing up the stairs with their wrought-iron bannisters, one notices the impressive eight-point star motif hub and corner embellishments in the ceiling overhead. The other sections of the building are carefully appointed with original and attractive decorations. Wall and ceiling borders are seen where the embellished walls meet the ceiling. The ceilings also feature lavish scenery and floral paintings. A wide boathouse pool is found in front of the selamlik section. In addition to the pantry, laundry house and servants' chambers on the ground floor of the yali, there is also a marble hamam with a wash basin and furnace. Painted a brilliant white, this grand yali of Kanlica continues to garner plenty of attention. 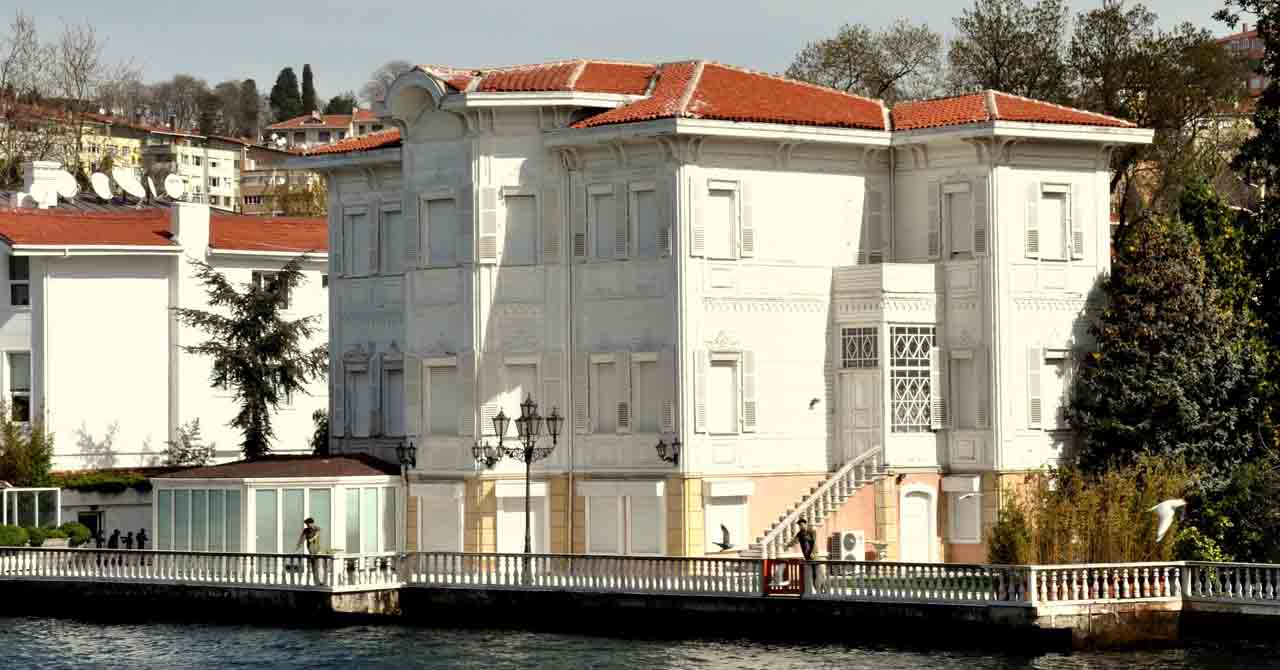