One of the yalis lining Mihrabat Bay, one of the finest bays along the Bosphorus, is the Yaglýkcý Haci Rasid Bey Yali. Greeting us as we enter the bay from the north of the Bosphorus, this fine yali is also known as the Muammer Bey Yali.

The first owner of this mid-19t" century yali was Yaglýkcý Ham Rabid Bey. Although `Yaglikci', was a type of handkerchief during that period, merchants who sold women's items such as underwear, bridal and bed sets were called `Yaglikci'. After Raid Bey passed away, the yali was transferred to his son Mum-tuner Bey and his family, who sold it later on. The sea hamam located adjacent to the yali during the time of Muammer Bey was first turned into an auxiliary building; then it was sold after being converted into an independent yali. This is now known as the Lawyer Emcet Agit Yali. 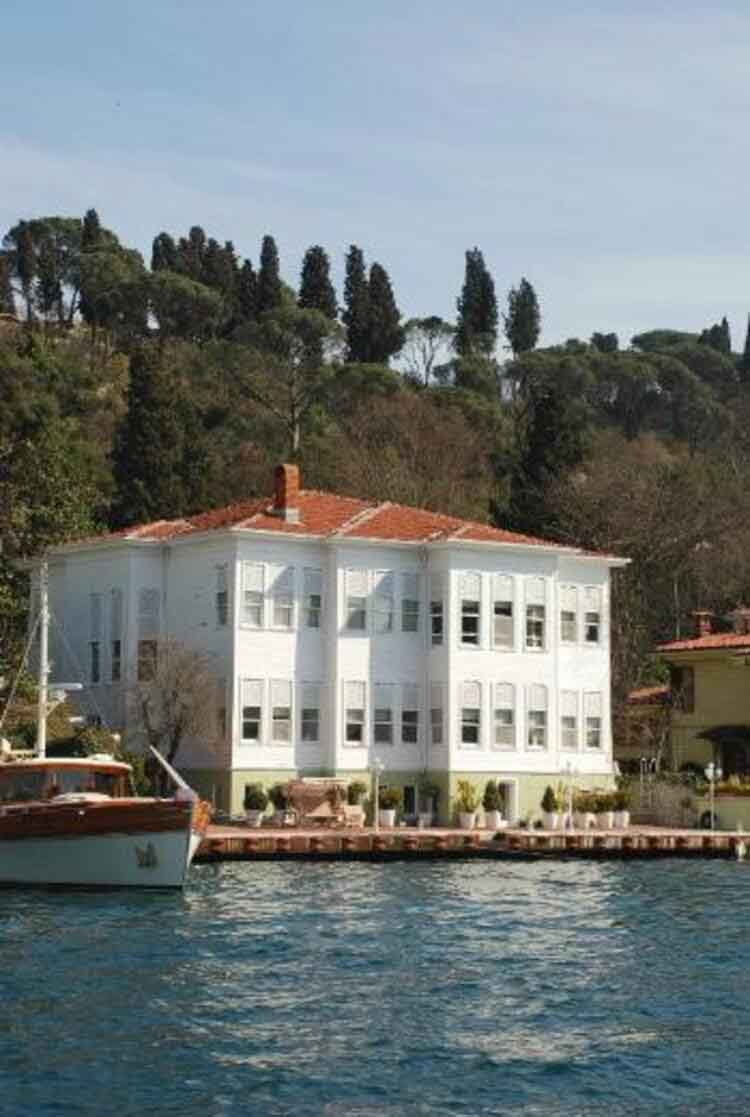 As one of the voluminous yalis of the Bosphorus, the Yaglikci Haci Raid Bey Yali has an impressive appearance with a background comprised of a dark green layer of vegetation situation. Positioned sideways vis-a-vis the Bosphorus in the bay, the visual range of the yali stretches all the way to Uskudar. Comprised of the harem and selamlik sections, this yali consists of two wooden floors atop an ashlar block service floor. Despite the indentions in the façades, the square plan has been preserved with this yali. Each floor of this white-colored yali has 12 windows featuring sliding cages. Previously designed with the selamlik to the left and the harem to the right, the upper hall was arranged so it looked out to the sea and garden. The windows of this section were designed differently from the others in that the ledged windows come down to the furnishings. While the ceiling of the service floor is 2.5 meters high, the upper floor ceilings reach 3.5 meters.

Regarding the interior decor, recent sources mention that the wooden motifs in the ceilings were copies from western motifs and that the walls and ceilings featured wooden embellishments and oil paintings. There are wo pools, one small and one large, behind the building. 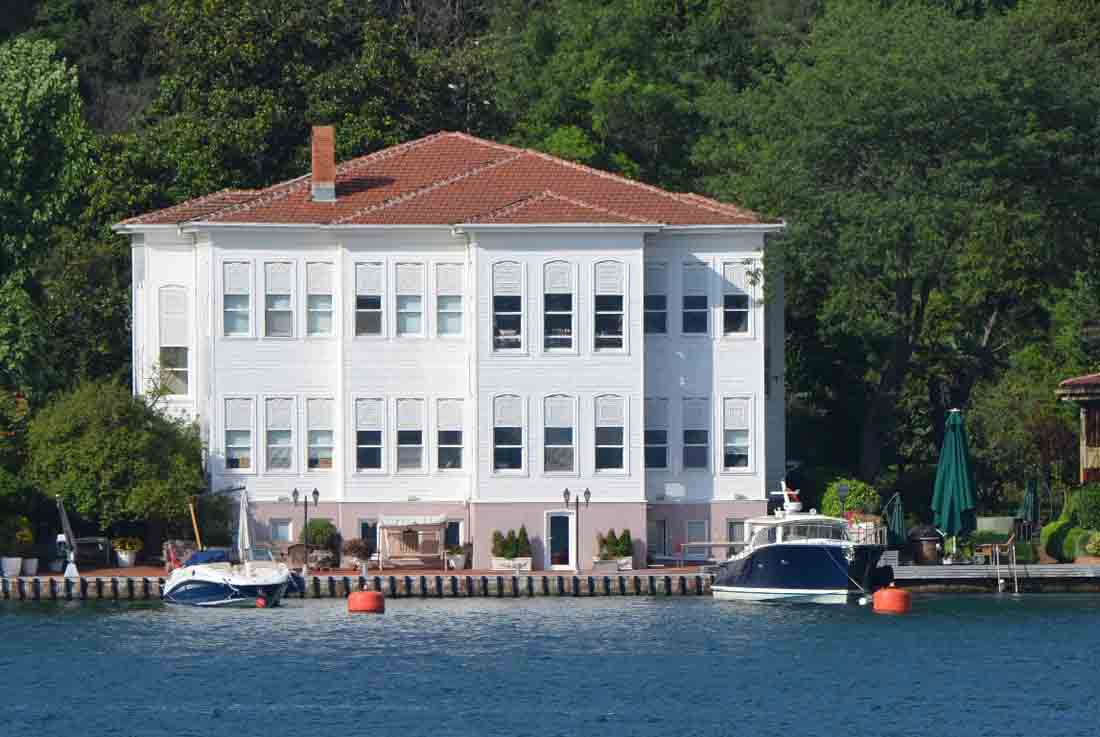 There is a small pavilion next to the larger of two pools. There is a wide rock jetty in front of the yali. Having ornamented Mihrabat Bay for a period of more than 150 years, this fine yali was subject to a number of maintenance and renovations throughout its long life; modern additions were never the case. It is a rare example of a yali than has managed to preserve its original state.